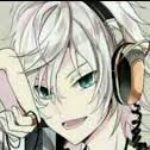 Control over lightning and shock waves

Just someone trying to survive

Adam was always known as the trouble maker doing anything to have the spotlight on him. At times this would end in him being injured but he did not care about the pain. Why is he like this well because he has always been overlooked even with his powers. What are his powers well he can control a type of lightning this lightning is white in color. Well actually his entire body is made up of this lightning he can use this to change his body or even avoid taking a certain amount of damage. His other power is being able to control and emint shock waves. He can use these shock waves for mainly offence at times he uses them for defence. Having both of these powers is great but they come at a cost. They drain him of the energy needed to contain the lightning and overall they wear him out. To avoid this he has to eat a large amount of lightning in case he over uses his powers. As time went on Adam became a great thief the reason for this was because he had no other ways of making money. So now Adam travels from one world to the next never staying on one planet for too long in case of an accident. It’s not the best life but at least he gets to see new planets so this is the life of Adam Chaplen.

A small black snake marking on his right wrist

My secrets are for me and me alone to know

That the quicker hand survives