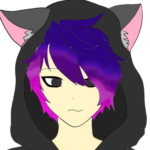 active 1 year, 4 months ago
Base

backstory: “my mom wasn’t the kindest, nor was she the meanest. she liked to manipulate people into doing what she want without them even realizing it.
she loved science, she had her own equipment and everything, one day she got a job at a secret lab that no one even knew of. i had a younger brother and sister who both looked up to me like i was there hero of some sort.
we didn’t have a father at the time, he left after my sibling were born. i was around 7 at the time,while my siblings were 4 to 5. my mom wanted to take us to her work, we thought nothing of it at the time, we were excited to go to her lab.
once we made it inside the lab, the whole atmosphere changed. by the time i knew it we got knocked out, i was the first to wake up. i looked around, i was tied to a metal table, right next to me was my siblings who were also tied up.
soon enough my mother walked in, i screamed, wondering what was going on, she shushed me, telling me everything was going to be okay. she walked over to my brother with a syringe in her hand, she injected a blue serum into him,
next was my sister but with a green serum, and last was me with a bright red serum.
as the liquid went through my body, all i could do was scream in pain, crying my eyes out. after a week or so of being tied up next to my siblings, i noticed that i could hear my siblings heart beat, they were slowing down quickly.
my brother began to cough up blood, but because he couldn’t move, he ended up choking on it. next was my sister, she died of a heart attack. i was freaking out, thinking of what will happen to me next, but nothing did.
later that day some men took my siblings corpses away. a few days later i felt like my insanity was going away, my mother walked into the room and injected me with the liquid again. i screamed in pain for a few hours before i realized i felt different, i looked down at myself and saw i had a tail, i then felt that i also had ears.
i didn’t know how to react, i was still scared of what might happen to me, i was scared that i might die like my siblings did. a month later my mother walked in and untied me, as soon as she did, she grabbed me by the shirt and threw me to the wall, she started to beat,cut,and burn me. for over a year she did this, she wanted to test my healing powers.
after a day of beating me, she left the room. i saw she had left her pass on the table, with all the strength i could use i stood up and grabbed it, i opened the door and made my escape. i kept running and running, even if my legs hurt, i kept running until i found a forest.I befriended the Wolves and soon enough became there alpha, during time i would go to school but just say i’m an orphan when the teachers would request my parents. I now Live in a house on my own, still by the wolf pack incase they need help

normal outfit consists of Black ripped jeans, Grey t-shirt with a black hoodie over it, white converses. usually get’s into fights that he never starts so his torso has bloody bandages wrapped around form his wounds. my body is pale and well fit, my height is around 6ft.

I always keep my phone on me and a golden credit card my father gave me before he left, it never runs out of money.