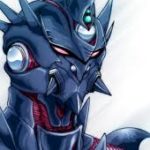 I was just an ordinary delivery guy until that one fateful day it all started as I got a call to deliver a package to a military lab I arrived with the package and was told to wait in the entrance way but curiosity got the better of me so with the package still in my hand I began to explore and I came across a research room and there on the table was a strange looking cybernic thing but no sooner had I stepped security spotted me but before they could stop me there was a massive explosion outside I then heard a voice in my head telling me to pick up the device and I did but just at that moment a group of terrorist stormed in and opened fire hitting me sending me crashing to the floor shattering the package I was holding and this is were things get interesting with in seconds the cybernetic device and a strange slime like organism that turned out to be a symbiote were covering my body changing me into something that would change my life forever what happened to the terrorist lets just say there was a mess.

A living cybernetic being of great power

1. Energy Blades: a set of energy blade that can extend from my arms the size and shape can vary.

2. Cutter Beam: a highly concentrated beam of energy that shoots out of the top of my helmet capable of cutting through most types of matter.

3. Energy Whips: much like the blades but in whip form.

4. Psionic Emitter: a device on my mouth allows me to generate an intense blast of sound like nothing you ever heard think jet engine +sonic scream + earth shaking bass I am able to change the frequency at will and control the effected area.

5. Disrupter Pulse: a strange energy wave generated from my hands that can break the structural bonding of any non organic matter within seconds.

6. Photon Burner: a flamethrower on steroids.

8. Bio Weapon Generator: basicly I can create all types of chemical weapons.

1o. Enhanced Physical Abilities: basicly all abilities are a thousand times greater then a normal human.

12. Micro Black Hole Generator: with in the hands of my suit exist a special kind of dark matter that allows me to create micro black hole bursts.

13. Pulsar Blasts: im able to shoot pulsar energy blasts from the palms of my hands these blast vary in strength from just enough to stun all the way up 1/4 the power of the sun.

14. Gravity Area Field: I am able to create a field a set target and then affect the gravity on that target without effecting the surrounding I can make feather as heavy as a supertanker or made said supertanker as light as air.

15. Magnetic Distortion: I have a magnet that attract every type pf metal in existance.

16. Magnetic Incenerator Discs: small disc that I can throw that first emit a strong magnetic field to drawn in any nearby metal then seconds later the discs explodes with a burst intense heat instantly vaporizing anything within a 5 foot range.

17. Energy Cannon: either of my arms can transform a cannon that fires various types of energy,

18. Spiker: I am able to create energy spikes that vary in size from my knuckles and then shoot them off small spikes only take 2 seconds to generate larger ones take longer.

19. Polymorphic Exoskeleton: I able to adapt my body to fit any circumstance such wall climbing like a gecko, flying like a beetle, advanced chameleon/octopus stealth capabilities.

20. Fusion Core Overload: is my last resort it where I take all but .00001% of my energy and turn it into a single massive blast after using it im defenseless for a matter of minutes while my energy recharges that’s I only use it as a last resort.

2. Ramuh: The Fulgurian Ramuh is the god of the storm, overseeing the natural laws of Eos he is a bearded old wizard dressed in flowing robes his special move is Judgment Bolt in which he call down hundreds of lightning bolts ending with a massive one.

3. Leviathan: The Hydraean Leviathan, goddess of the seas dwells in Altissia she is a colossal sea serpent her special move is Tidal Destruction in which she summons a massive tsunami to wash away her enemies.

4. Shiva: Siva is the goddess of ice her special move is called Diamond Dust in which she summons a sub artic blizzard which freezes all that’s is around her she snaps her finger causing the ice and anything trapped with in it to shatter.

5.  Bahamut: the Draconian god of war he has 2 forms 1 is a giant man in dark armor and wings his other form is a dragon of chaos and death his special moves are Ultima Sword in which he summons a rains of swords onto his enemies and Giga Flare is his second attack in dragon form in which he summon a black/red/purple flame from his mouth and exhales it anything caught with in it is destroyed for good.

6. Ifrit: the burning flame Ifrit is a massive lion like beast whos fur is made from an eternal flame his special attack is Hellfire in which he summons a meteor storm created from the flames of hades.

Sometimes a hero is created from an ordinary person