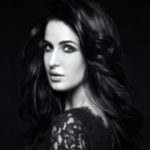 Daughter of the Void, PuCk’s partner in crime, Karen is one of the first voidlings created. She has no family ties, even though she has children. (Gods only know where they’re roaming about now). You can say her only family is PuCk. The mop haired boy is one of the 2 people she’s “attached” to. The other one is Sassy. It would be wise not to mess with Sassy, or yeah, there might be trouble. Karen has no emotion, no conscience. She is beyond void infected, she is the High Priestess of the Void.

The shadow trailling behind you

Karen was raised as Sassy’s sister, in their homeland. She only made her appearance in the realm once Sassy made sure it was safe. Well, as safe as this realm could be. Sassy herself had little notion of what the word “safe” meant, so yeah, nice family, really. Believe it or not, Karen started her life in Hellifyno as a good, happy go lucky young woman. She tried to help others, she believed in justice and wanted to have close friends. That’s how she met Daloki, a woman that left a deep mark with her. Daloki protected and looked after Karen, tried to keep her out of trouble as much as she could. But in this realm trouble has a way of finding everybody and soon enough it found Karen also. She got involved with Amadore Giovanni, the leader of the Giovanni vampires and without her understanding or knowing the laws, she got turned. And that marked the first of a long list of trouble. Soon enough the Council found out about her and with a friend’s intervention, she was ordred to torture instead of instant death. Her real mate, Jacob Nash being forced to watch, as well as her friends. Daloki was tasked with trying to keep the restless inferni at bay, so he wouldn’t make things worse all while trying to keep herself at bay also.
Yet, that incident did not break her, it made her stronger, woke her up to the reality of this planet. Justice is fought for, with blood, tears and death.

After the Plainview regime ended and after a great loss for her and the entire planet,Karen exiled herself, the past ghosts and events starting to haunt her.

Upon her return, she hoped for a calm and peaceful planet, yet she found more chaos and war. It was then that she was marked as a creature of chaos, what was later known as a voidling, a void fae creature. It was then that she lost the little sanity she had left. Together with PuCk, they gave a new name to chaos and her and PuCk became Void’s priests. But Void also grated her peace of mind, no more demons haunting her, no more worries, no more suffering, her refuge, her destiny.

She was served as offering by a convent of witches, in the futile attempt to revert the planet back to a peaceful state. Instead, Karen raised hell for one more time before Void claimed her and took her deep within his core.

All that Void has to offer

Your time is up