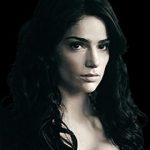 “The scales of justice have weighed your sins, and your hubris ends here… by whom the deeds of mortal life are seen:
eternal, much revered, of boundless sight,
alone rejoicing in the just and right:
changing the counsels of the human breast
for ever various, rolling without rest.
To every mortal is thy influence known,
and men beneath thy righteous bondage groan;
for every thought within the mind concealed
is to thy sight perspicuously revealed.
The soul unwilling reason to obey,
by lawless passion ruled, thine eyes survey.
All to see, hear, and rule, O power divine,
whose nature equity contains, is thine.
Come, blessed, holy Goddess, hear my prayer,
and make thy mystics’ life thy constant care:
give aid benignant in the needful hour,
and strength abundant to the reasoning power;
and far avert the dire, unfriendly race
of counsels impious, arrogant, and base.

Connected to the Egyptian Pantheon She is called by many names-

Ichnaea – The Tracing Goddess or The Tracker

Within Greece she was known by her true name Adrestia or Adrasteia.

More commonly she is known by Nemesis; though it is more like a title. She is The Nemesis – the giver of what is justly due.Titles & epithets include Lady Justice, The Implacable, She of the Scales, She who Balances, Humanity’s Conscience & The Avenging Goddess.  Due to some circumstances she took up a mortal name to blend in so thus on she has been called Amaia Karahalios Hellstorm.

– Goddess of revolt, just retribution, equilibrium and balance between good and evil

She is the personification of resentment aroused by those who commit crimes with impunity, or who have inordinate good fortune. Happiness and unhappiness are measured out by her, care being taken that happiness is not too frequent nor too excessive. She directs human affairs in such a way as to maintain equilibrium. It  falls to Nemesis, sometimes of her own accord, and sometimes on the petition of a mortal, to step in and balance the scales, often with unforeseeable results. She was also the goddess of indignation against, and retribution for, evil deeds and undeserved good fortune. Some considered her to be rather remorseless, and would grant many favors of those calling for retribution but wouldn’t do so in such a way that someone asked for. For all of the Gods she was the one most feared and not even Zeus would dare cross her.

Nemesis was mostly depicted as a winged Goddess, carrying a measuring rod, bridle, scales, a sword, and a scourge, an apple-branch, rein or lash.

At those times when Nemesis was not flying, she was depicted as traveling in an chariot drawn by two Griffins, that were aptly named Kalos and Kakos. The chariot pulled by her faithful Griffins is only used when she needs exacting retribution or hearing a petition.

She is capable of changing her appearance at will… Most often she appears as a dark brown haired beauty with topaz eyes. 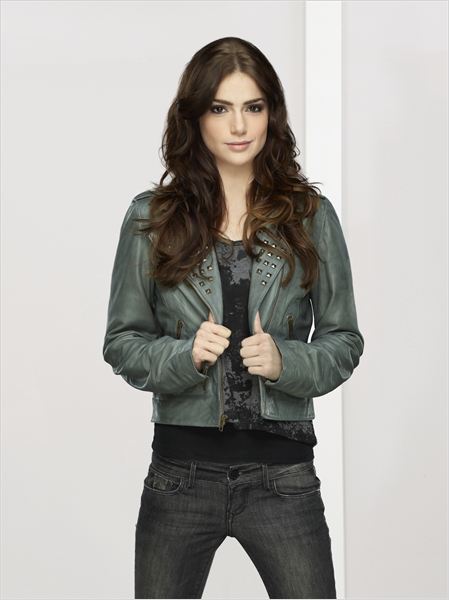 Significant Other: There isn’t one, there is no one that could possibly interest her.

Best Friend: Her oldest friend and her most trusted ally, and for some cases her first protector. Kali Melaina Markos , who had once been her High Priestess named Kallisto. She is never far from Ami/Nemesis’s side. She is very protective of Ami and allows very few people to get close.

Advisor/Protector: An Amazon Warrior that Amaia has known for eons had been friends but after hearing of the strive between her and Ares she joined Amaia and Kali on their travels to help protect Amaia. Andria, Andromeda

Parent’s: Some myths believe that she is the daughter of Ares – The God of War and Aphrodite – The Goddess of Love and Beauty.

Today though, it is quite complicated amid the current turmoil surrounding her and her biological parents… Aphrodite wishing nothing to do with her and finding herself on the run and hiding almost from Ares who seeks to either imprison or kill her…

She is both cold and implacable. Yes she does distribute Justice, but it might not always be Justice a petitioner would have hoped for.

She is rather remorseless and ruthless when it comes to answering petitions, so much so that few dare try to question or cross her..

A festival called Nemeseia  (also identified as Genesia) was held at Athens. Its object was to avert the vengeance of the dead, who were supposed to have the power of punishing the living, if their cult had been in any way neglected. This evolved into a festival giving homage to Adrasteia. Sacrifices were made to her in the hopes of avoiding her gaze & judgement, or in an attempt to invoke her aid for a perceived slight. In Rome she was considered the patron Goddess of Gladiators & the Arena, and sacrifices were offered before every bout. She was worshiped as one of the tutelary deities of the drilling-ground.

Shape-shift: She can shape-shift herself, the forms she most prefers are swans and griffins. She can also impose shape-shifting on others as a punishment.

Telepathy: Besides having telepathic abilities from being a Goddess she also has an awareness of all words spoken through-out time, she is also aware (that is she mentally overhears) all conversations. For the most part she can and does tune it all out and someone requesting her especially will she pay attention.

Keen eyesight/Perfect Aim: She never misses, no matter the conditions. Whether she is using bow/arrows, throwing a knife, modern weapons such as guns although she does not use these often, or even aiming a blow at an enemy, it never goes astray.

Flight: When her wings are unfolded she is capable of incredibly fast movement and flight.

JUSTICE:
Those seeking to petition Adrasteia for Justice on their behalf should beware. While always fair, the justice dealt is not always the justice expected. Once a petition is made and accepted, it cannot be retracted, and the punishment cannot be undone.  Adrasteia is not called the inescapable for no reason, and she has been considered particularly cruel at times. The following are examples of the types of justice she has been known to give:

>>Rape: In two separate cases, Adrasteia decreed that women should be raped in repayment of their crimes. One woman committed murder, the other insulted Artemis. Adrasteia saw fit to punish the murder on her own, but had to be petitioned by Artemis before she would act on the other Goddess’ behalf.
>> Insatiable hunger: To a king who was widely considered a glutton while he let his people starve, Adrasteia bestowed an undying hunger until the king eventually ate his own hands.
>> Shapeshifting: It was common for Adrasteia to turn mortals & immortals alike into other things (like stones or trees) so that their suffering would be eternal.
>> Love: It may not sound like a punishment, but that’s the trick with Nemesis. You get what you deserve, not what you want. In the case of Narcissus, a mortal who haughtily scorned the advances of too many women, she caused him to fall in love with his own reflection until he wasted away staring at it.

She owns many priceless artifacts dating back from the Greek, Roman, Egyptian and many other eras, and she funds and organizes many archeologist teams.

She also helps organize many museum exhibits for any time period with her primary focus on the Grecian and Roman times. She is highly sought after and is even a secret owner of many of the museums.

Behind the scenes though she works as a Supernatural Huntress, slaying those that harm innocents, also she is a vigilante keeping the people safe at night.