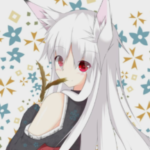 Kirenne Vivian Sakura, though I go by Sakura.

Zander.. I love you darling!

Taken by the best boyfriend in the world!!

Alright, you wanna know? Well, listen then. When I was very young, my horrid parents deserted me with nothing. I was left, alone without anyone at age 5. By the time I turned 10 or so, I learned how to feed myself and take care of myself. Being a small werewolf, hunting wasn’t easy, but I managed with a meal every two days. Schooling? No such except the books that I stole along my journey, teaching myself to read and write.

My mother was a werewolf and my father was a warlock. I remember the night I found out my dad died. It wasn’t exciting or saddening, just solemn. I had nothing to say except, “How sad. Someone died.” Because I didn’t know my father or mother. It was apparent that he was killed by a vampire, of whom I don’t know, but it’s not like I cared. I wish I could say I knew Damien, my father, and I wish I could say I know my mother, Lunar. But I have no clue who either of them are and were.

I am cocky at times, and like to joke around a lot. Puns and Pick-up lines are kinda my soft spot. I compliment a person’s serious personality with how laid back and stupid I am. I like to mess around with people and joke with them, which doesn’t always go planned. There have been times when I take my jokes to far and people get upset, but it’s their fault for having something about themselves open for me to joke about.

I normally see super serious and depressed people here, so finding someone like me would be a refresher. Although I like the fact that some people are serious and proper because we all can’t be as perfect as I am, I do wish I had a friend to joke with instead of  someone so serious.

Long white hair that reaches my lower back, 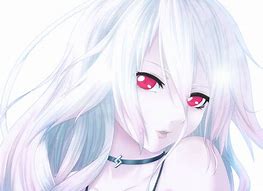 I have secrets, but that’s none of your concern.

I don't have the time to believe in anything other than myself and the people I love.