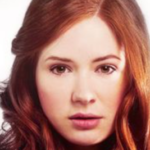 Fire is the Devil’s Best Friend…

Annie’s story begins centuries ago, dating back to the 1300’s. She was a genetic science experiment between Gods and Goddesses and other beings; Hades and Asmodelius, Elexin di Sighisoara, Jonathon Harker, Ezrebet Bathory, Elexia Harbondale to name a few. To say these ‘Gods’ and ‘Goddesses’ were her parents would be the simplest way to put it. She’s never had anything remotely close to simple happen throughout the centuries she’s lived. Time and time again witnessing numerous marks of history was a sight to see, but it was also frustrating as she could see the population being incited by fear. During the 1600’s, Annie witnessed the Salem Witch Trials first hand as her best friend, Hailey Manderson was put on trial and subsequently put to death. She traveled the world and saw the real life accounts of what actually happened with Dracula and Mina Harker. She saw the Berlin Wall be torn down. Time passed and the USA, whose humans seem to be so full of emotion (mainly anger), seemed to perpetuate fear into other countries whether as a tactic to show them not to mess with them or to start an all out war. Annie had seen so much death in her life that at one point she just wished she could leave Earth. Then one day she ended up in Hellifyno and that’s when things about her past started to make sense. Such as she found out she had a twin sister whom she was never told about. She found her other sisters who she never realized she needed until the moment of meeting them. To say that she’s been through a lot is an understatement of the century. Once an impulsive young vampire who people thought would never change and possibly be the death of them all is now a (semi) calm vampire who has learned from (most) of her mistakes.

Annie never was a “normal” vampire, but then again, those two words should never go together. Sometimes vampires (or any extra-terrestrial being) have a power, or numerous ones. She knew she would get some type of elemental power, but she never expected to control the element of fire. A vampire with a fire element? That’s ironic, isn’t it? Yet, it works. Her luscious orange hair which can turn into flames at the snap of her fingers is controlled by her emotions. For centuries, other vampires wouldn’t step foot near her as all she brought was destruction in her path. The fire that Annie contains of course can’t hurt her, but it can hurt other vampires around her. Due to her ability being controlled by her emotions, simple problems that could be fixed in an instant were brought with destruction due to her not being able to control her feelings. Towns destroyed, countless people slaughtered by the flames, but also the hunger.

Every vampire has The Beast inside of them. Annie is no exception to the fact. It’s a little voice in her head that urges her to feed from actual people instead of Imps or blood baggies. The Beast wants her to go back to her old ways of bringing death and destruction all around her. If Annie were to not feed for a long period of time, she would therefore become weakened and The Beast would have a chance at possessing Annie. The Beast controls each vampire differently, with Annie he has a lot more capability to cause damage due to her affinity for fire.

Annie’s appearance is simple.  She is of a short stature, 5’5″ being her height. Her hair is as orange as the fiery pits of hell. People can see drips of fire going to the surface but not damaged at all. Her casual outfit is a short sleeve shirt (almost always red), black leather jacket, blue jeggings, and heels.

Since Annie is small, there’s not a lot of places she can put things. Her “go-to” weapons are an athame, a 9mm pistol with silver bullets, and (of course) her fire power.

Hm? You didn’t think I’d actually reveal any secrets, did you?