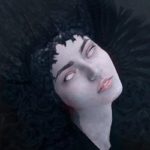 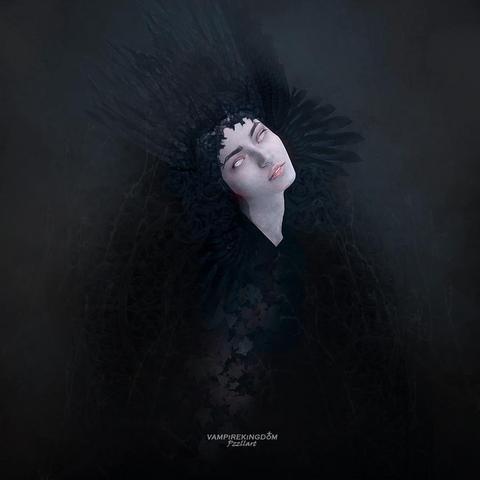 Mother (progenitor of the Varkov bloodline)

Long lost to the annals of history is the story behind the lost city of Sanctuary. Historians will tell you that it was attacked by some forgotten clan of vampires and the ensuing battle, though won by the humans, devastated what had been one of the most grand and beautiful cities of its time. History, though, is written by the victors and there is one who would tell a very different tale of Sanctuary – a story of unity broken by betrayal.

Long had I watched as my kind slithered amongst the shadows. They pillaged and raped and engorged themselves on the life blood of humanity. We were a fallen race delving into the abyss of vile depravities and unforgivable horrors. I could no longer sustain my stance of indifference to the animals we had become. My clan. My beautiful children would be different. I first brought the idea to my beloved and, as one would expect, he wholeheartedly embraced it. His enthusiasm bolstered my resolve and, as he began to reach out to his fellow nobles and aristocrats, I began the arduous task of turning my clan away from the feral existence they had become accustomed to. I dare say it was not an easy task and some had to be sacrificed to solidify the whole. Nearly four decades after the first initial talks began the first stone was placed on the land that would become the city of Sanctuary. It was another twenty years, as my beloved succumbed to age and death, that the final stone was placed in the city of Sanctuary. It was a slow process to bring humans into the city. Nobody was ready to believe that a clan of vampires could co-exist with humans as equals but, as time passed and more people looked for new beginnings, the city began to thrive. It was a mutual understanding that the clan Varkov would provide its human brethren protection and, in return, the humans willingly donated the blood needed to sustain the Varkov. It was a beautiful union, a fellowship greater than I had thought possible. I thought the old ones fools for doubting my clan and I. We had proven that vampire and human could live in harmony. There was no need for death and destruction. There was no reason to succumb to our base nature. If I had only known then just how wrong I was. If I had only known that it wasn’t my kind who were the monsters.

Betrayal. It is such a bitter word. It spits from the tongue as harsh and cold as its definition. It cuts sharper than the sword and burns hotter than the flame. The wounds it leaves do not heal. They fester and bleed and rot until there is nothing left but hatred and a desecrated soul. That hatred consumes the whole of your being. It twists, and bends, and breaks until there is nothing left of the person you once were. Betrayal. It began with a fool.

Me. I foolishly believed that my clan was indispensable to the humans. I grew arrogant in my belief that they could not do without us. I was exceedingly wrong in my assumptions. There had been doubters all along. There were pockets of our society that distrusted us or hated us. How could I have ever been so naive as to think this would not occur? As time passed these pocket groups grew in power and influence. They weaved their way into the city’s leadership; even to the council. They stirred dissent in the populace and created propaganda to defame the most influential of my clan. They even began to target me. As tensions rose I knew something had to be done to keep the peace or the entire dream behind Sanctuary would fall to pieces. So I spoke with the council and an agreement was made that the Varkov would remain in a keep outside of Sanctuary’s walls but the arrangement of protection for blood would remain in place. Agreeing to that compromise was the final nail in the city’s coffin. As we lived further apart so did our hearts grow apart. As our hearts grew apart the human’s fear of us took hold of them. I will not detail the battles that followed, the blood shed, the bodies strewn across the field between Varkov keep and Sanctuary. But know this. It was the humans that dealt the first blow. It was the humans that betrayed us. Liars, murderers, monsters. Humans are the filth of this world. They even kill each other. They are nothing but parasitic detritus that must be cleansed from this existence. Demidova Varkov perished long ago in the final battle of Sanctuary. Now, there is only Mother. I will bear forth the vampire tide that will wash away the human excrement from this land. I will rule with a reign of blood and a fist of steel but I will save these realms from the human scourge.

This svelte figure, spoken of only as Mother, is a daunting sight upon first meeting. Her smooth alabaster features remain motionless in the stark contrast of the lacy black veil that caresses her marble-like cheeks. If it were not for the faint glow of her almond shaped eyes one might believe her to very well be a tall and slender statue. Those eyes shine white with no pupil to disturb their ivory depths. Her form is clad in a long unrevealing dress of black damask and feathered lace; draping down from under the modestly covered breasts in a featureless A-line style. The material clasps snugly to thin willowy arms and comes to a point over the back of her hands. The aforementioned veil she wears trails down the length of her dress and her head is topped with a severe jagged crown made only of iron. One will find that the woman wears no jewels, jewelry, exotic scents, or coloring for lips and cheek. Yet, even with the lack of finery, there is an unmistakable beauty that may even cause a sense of uneasiness. The intrepid and experienced adventurer might recognize this uneasiness as a “danger sense” or “gut feeling” for it is the kind of beauty a natural predator mimics to lure its prey. Mother is often accompanied by a few twisted vampiric creatures that behave like little more than feral animals controlled only by Mother’s will.

Secrets are not to be told but learned.