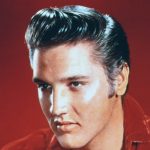 Your most desired dream

Was a rich kid in Las Vegas, became a black belt in Jui-Jitsu, karate, mui-thai, judo, and was a high school wrestler, was an all A student from elementary school through college, and became a pro hit man, then killed John Wick, Harry Potter, Hillary Clinton, Kim Jong Un, Adolf Hitler, the Joker, Lex Luthor, and the Avengers.

I have no secrets.