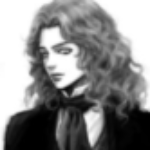 The Divine Path shall bring us all to glory.

Homosexual, Switch, You will just have to find out the rest now won't you..

Owen is most commonly known as the High Imperial Vanguard. It is the title of his position as the leader of the Imperial Vanguard Army, or as humans call it “The Eleventh Vampire Army” Legends say this vampire has lived for thousands of years and could be a reincarnation of some ancient god. His birthplace is not certain but it is believed to be in what is now known as England. He became the High Imperial Vanguard of the Allirian Empire at the age of 16. His mother and father are completely unknown. But what is known about his blood is that he connects the Allirian Vampires to the Original Vampires themselves, making him the first Allirian Original Vampire. This is probably because one of his parents was an original. This unbroken and immensely powerful vampire holds a large amount of wealth gathered over his many years watching the era’s of the earth come and leave. He now works for his queen as the High Imperial Vanguard. This is the second highest position in this secret society some see him as a king. Humans sometimes even see him as a god. But over time he has seen and done many things. He also was never turned he is a purely bred Vampire. It is unknown why he holds such powers not many vampires have. Altogether he is a very wise, very powerful and ambitious. But also loving, witty and charming individual. But be careful, for he is the ruthless and unbreakable High Imperial Vanguard of the Allirian Empire. What lies within him is where his true power can be seen.

He wears Victorian attire. Having the pale skin of an Englishmen he is 5’10 with a varying eye color, it changes based on his mood but is most commonly a deep blood red. He has long black hair that is mostly worn down. His Victorian coat, vest, pants and shoes are lined with silver and occasionally gold. He is armed with a blade sheathed at his left side. He wears black velvet cloth gloves. He has full lips and usually holds the the grand and powerful look of royalty.

Pocket Watch: It is silver on the outside minted with the crest of his secret society and gold on the inside, it hangs from a gold chain.
A black book titled “High Imperial” inside of it is his many many memoirs written to “his beloved”
A pouch holding 50 gold coins. Much more where that came from.
The Vanguardians Blade, a shiny blade etched with the six symbols of Alliria. The handle is long and quite round with various jewels on it. It is very strong and almost has a mind of its own. Be ware if you dare challenge this vampire.
A black pen, given to him by his queen as a gift it is very expensive.
Sometimes he will have with him a black case that he takes on his travels to many places on personal missions for his queen. You will have to get a hold of it to see what is in it.

Very fond of red wine, if you want to find out more of his secrets I suggest you earn his trust. You can do so by passing his test in which he will ask you the wisest of questions in relates to what you are talking about. You must prove you are wise and witty enough for him to approve of you. Then you shall discover more about him.

In order to achieve glory is to walk the divine path, taking hold and controlling all of which has been given to you and put around you. Not allowing it all to cloud what you truly wish for. Breaking away from the manipulation will bring you glory. But it is very hard to achieve.