A New Adventure Around Every Corner!
(extended information for characters later, if they become something to keep.) 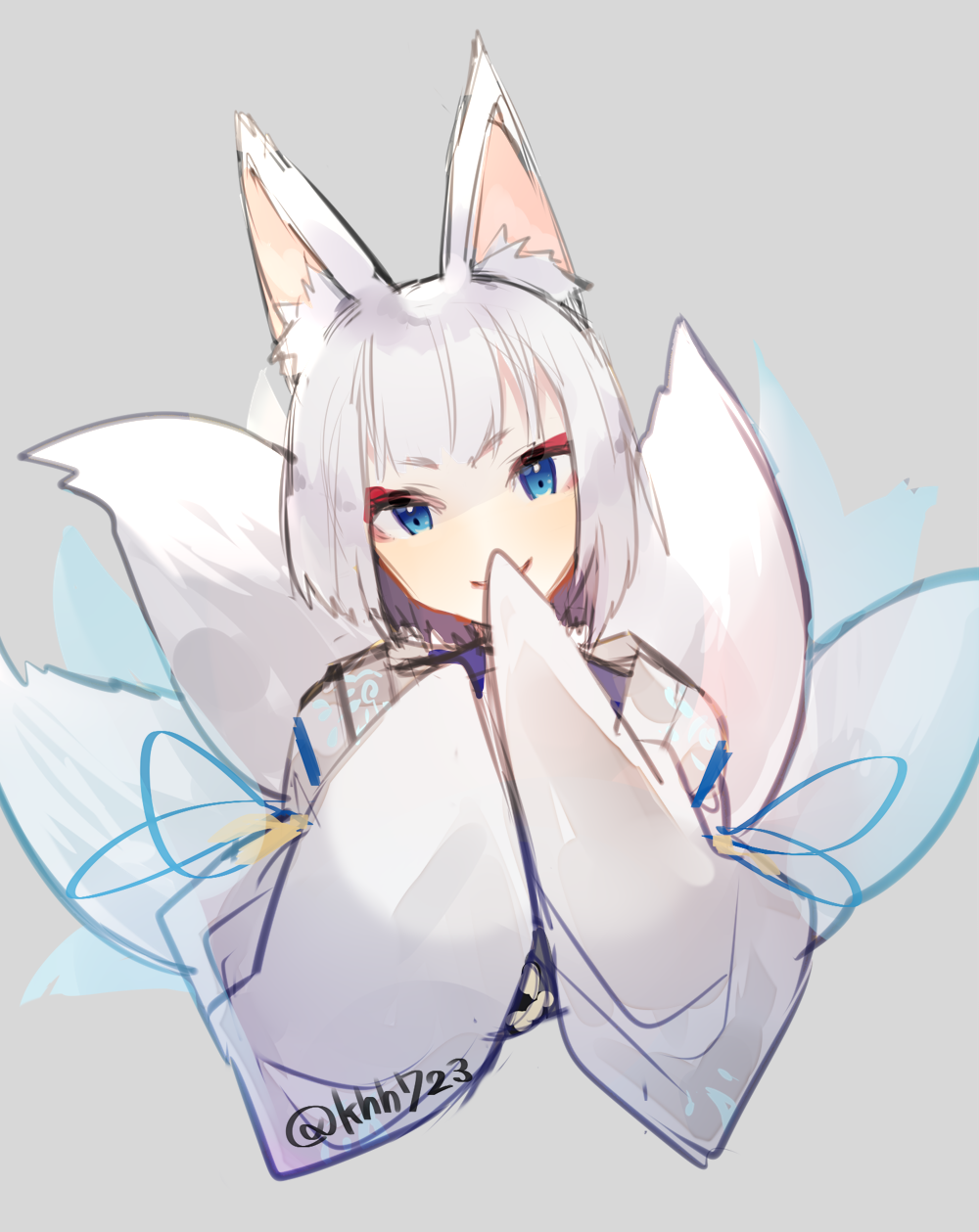 Shiro, like her name, mainly consists of bright whites with accents of cyan blue. Her hair is snow-white, cut short with matching ears atop her head. Her eyes are luminescent cyan blue, often very sharp and cold despite her more quiet and shy demeanor. Shiro tends to wear a loose-fitting white short kimono with cyan bangles around her wrists and ankles. The woman is fairly short standing around 5’2″ and weighing only about 75 pounds, even when soaking through.

Shiro was born during a time of peace in her world. Her father was a well-known healer and was always described as a naive but sweet man. A woman, name unknown, visited their world once upon a time. This woman was one of the strongest Kitsune’s their world had ever seen, surpassing even their own ancestors in terms of sheer strength. Shiro’s father befriended this woman and came to know her, spending years with this lady as she called their planet home. At some point in their years, the woman got pregnant by Shiro’s father and attempted to flee. Despite her clear Kitsune features, many believed she was a demon sent from Hell, for reasons that vary per story. No one really knows what happened to this woman, only that Shiro’s father came back coated in blood, carrying a sleeping child. 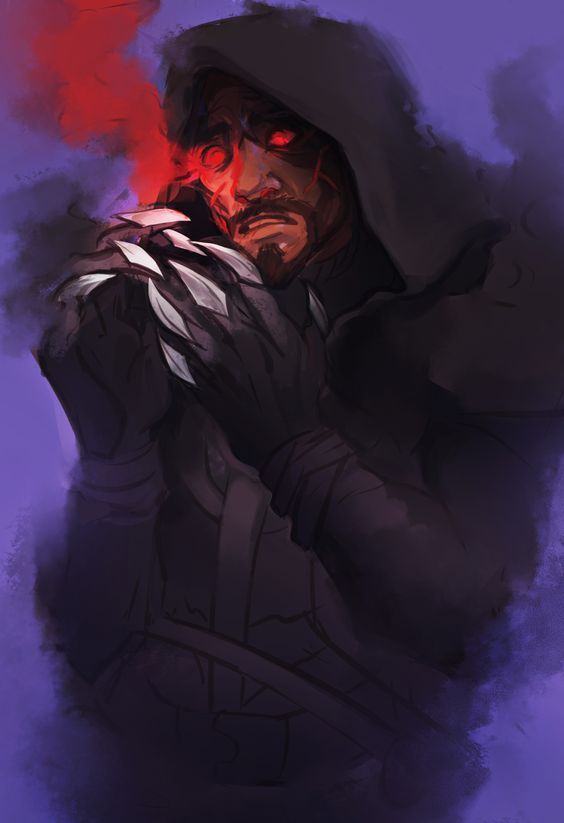 Marcellus has been described as Handsome, and this is true. Marcel has a strong jawline and a deep complexion. Scars adorn his entire body from a time when his body could still retain physical damage. Marcellus is fairly tall, standing at about six foot three. When his powers aren’t focused on keeping himself presentable, his face seems to decay and fall apart like that of a corpse. His eyes will turn red as if filled with blood and holes will appear in the skin of his cheeks, showing his rotted teeth inside. His skin turns more gray, helping his appearance to resemble the dead.

Marcellus is a fairly calm and easy-going individual. He isn’t someone who tends to be very outgoing, but he isn’t easily considered boring and monotone either. He can very cautious when it comes to anything with emotions, as he has suffered loss and pain in the past related to such attractions. Despite his strong soldier surface, underneath he can grow to be extremely loving and often overbearingly protective.

Marcellus Madej was born on one of the various Earth’s in the multiverse as a normal human child in a loving home. His parents were happily married and he even grew up with a pain in the ass little sister, a perfect cookie-cutter image of life for the Madej family. Marcel excelled at school, often winding up helping tutor other students during class time. Marcellus Madej graduated two years early from high school and quickly dove into a special military recruitment program. In this program he was trained to be an operative for special strike teams after the introduction of a Super Solider serum — often being launched deep behind enemy lines to carry out the higher risk objectives.

While in the program Marcel met a female by the name of Alexandra, a medic working for the Spec Ops division. This female wound up seeing Marcel a lot, often the one personally patching him up after a mission. The two of them grew a fondness for one another, eventually forming a relationship — that was forbidden within their ranks. This relationship carried on for years, up until 2033 — The Battle of Bo’ru. Bo’ru was a small island hidden in the Atlantic, that was the main base for the Spec Ops branch Marcel worked under. While getting ready to head out on another mission, the base was attacked. A bomb was detonated inside, toppling the entire facility and burying most of its members in an unmarked grave.

Marcel’s beaten body was drug from the rubble, the enhanced soldier genes barely keeping him alive. It was Alexandra who begged the scientists of the facility to save him, to do anything! An unknown element was used when trying to resuscitate and save Marcellus — something that would ultimately warp his genes and corrupt his cells on the deepest level. The time spent under experimentation made Marcel’s cells simultaneously decay and regenerate at a hyper-accelerated rate. Even after the destruction of his body, Marcel has been observed to retain some kind of form as a black mist, apparently able to regain physical form at a later point. 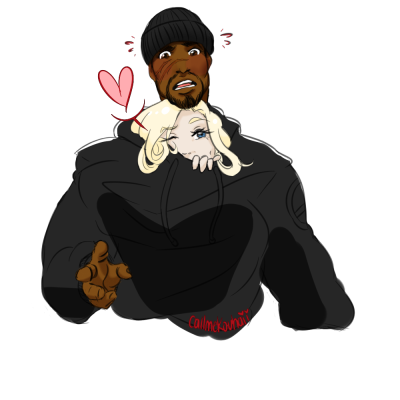 Relationship Status • Dating An Angel (Will Multi-ship in PMs)

Marcellus has only ever had about three true relationships in his lifetime, the only truly meaningful one was with Alexandra, before his change. It’s noted that Marcel can be very protective, sometimes a bit overbearing but it’s meant with good intention. Despite his stoic demeanor and less than friendly appearance, he is quite loving and tends to enjoy time spent just laying around — often cuddling. Though, He’d never openly admit his enjoyment. After the change and his disfigurement, Marcel tends to refrain from any sort of meaningful connection – knowing all too well the outcome of being able to outlive most. Like he had Alexandra. This doesn’t mean he isn’t capable of love, he just tends to be much more guarded this day in age. Once he’s worn down, however, he is quite the lover. 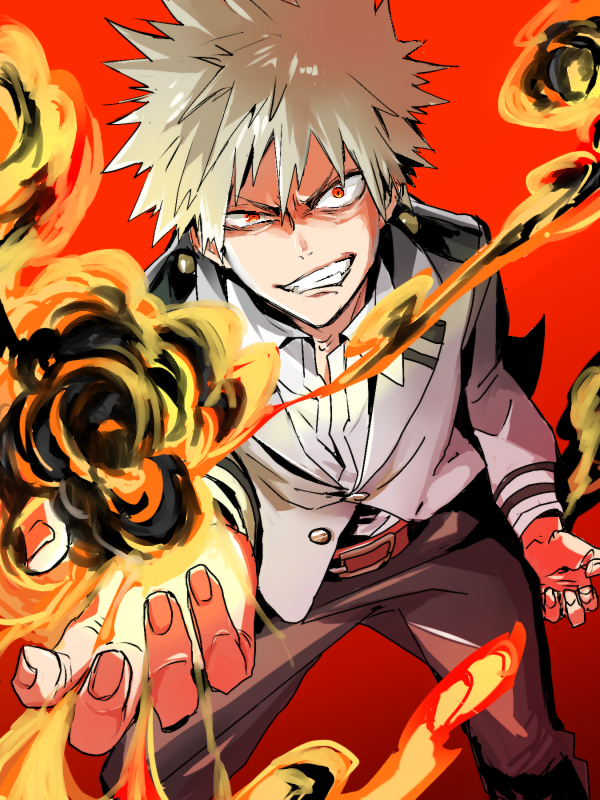 Pyrrhus is a being capable of being reincarnated into a new form, as he is the second generation following ‘Kai’. Like Kai, Pyrrhus is tall and ivory-skinned. However, in contrast, Pyrrhus has a head of white-blonde colored locks with hues of the same fire spiraling in the trapped orbs of his eyes. The Pyro’s attire is rather casual, often just wearing jeans and t-shirts or jackets/hoodies, despite his natural intense heat – he doesn’t feel overly warm when wearing layers of clothing.

• Pyrrhus is not immortal, he can be killed, by any means of extreme temperature change to his body. However, if his physical form dies he can be recreated by ‘Mother’, from the ‘First Flame’ that he originally was born from. As long as The First Flame burns, Pyrrhus’ lives are infinite. SIDE-NOTE: The location of the First Flame is unknown, even to Pyrrhus. It can not be extinguished by normal means. {Pyrrhus is The Second Reincarnation, Following Kai}

• While Pyrrhus can manifest flames and fire as weapons, he also the ability to create volcanic glass, out of a plasma-based source of heat that he can secrete from his own body. This allows him to create daggers, swords and possibly even make a form of shielding. They are very easy and fast to create. But they are not very durable, only able to take up to 1-2 heavy blows, and 5-6 light blows. 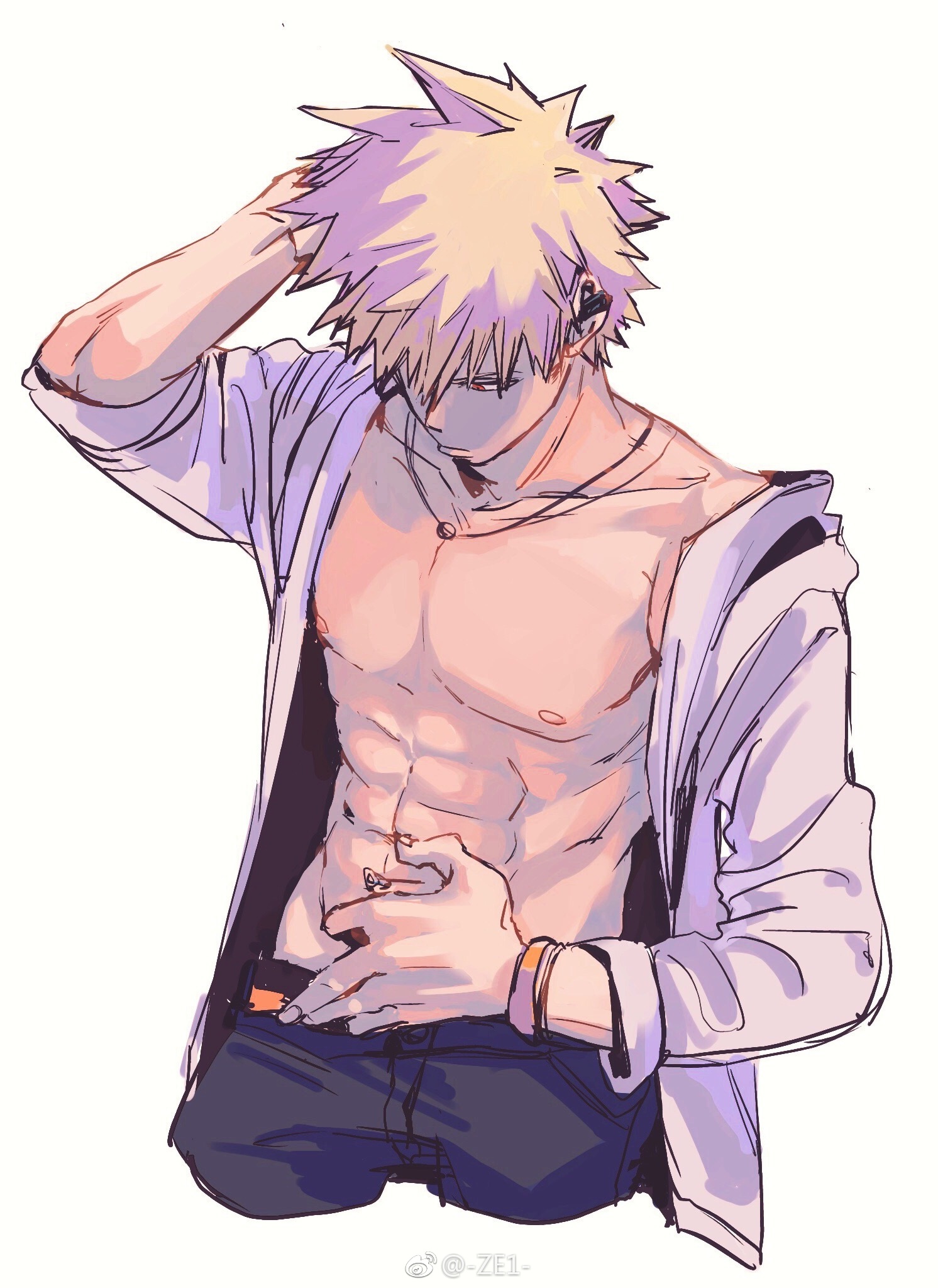 Pyrrhus is unlike Kai before, his younger age makes him much more unstable and reckless. Fire catches his interest, especially those that can bend the element to their will the same as he can. He has a natural aura around him that heats the surrounding area, enough to make even the sternest of men break into a heated sweat. When he grows angry, he is known to lose his temper. He is also known to burn or melt things to alleviate this anger, to keep himself from exploding.

Eons ago many elements were handcrafted from the first deity. Kai was the first being crafted from The First Flame. His fire has returned recently to the source, before being remolded into the being known today as Pyrrhus. The Deity-like being that created him was simply known as ‘Mother’. This being of pure power in a female form is the one who created all elements into a physical form. It wasn’t long after his creation that Pyrrhus was sent onto a distant world to attempt to learn how to assimilate into life, spending time in another universe.

After what was a few hundred years, which was roughly seven months on Hellifyno, Pyrrhus returned. Pyrrhus came back a bit traumatized from his experiences, finding it hard to settle down on the planet. But, He’s been trying. Unwilling to speak of his past endeavors, unless his trust is gained. 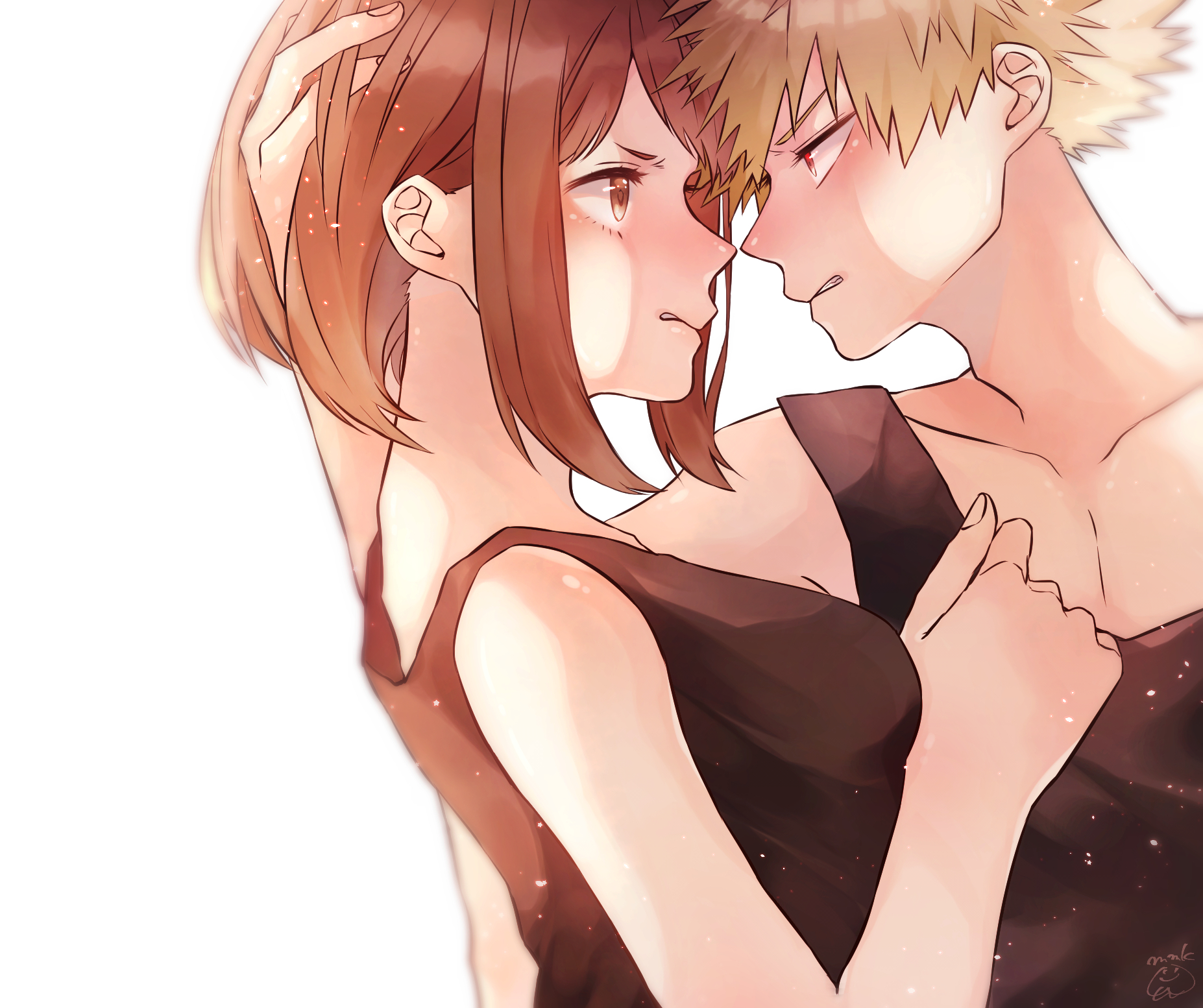 Pyrrhus is a bit of a strange man when it comes to relationships. He can be an extremely loving and caring partner, this is true. However, due to past loss – of a woman he had come to love – he finds it hard to care for anyone again in a truly meaningful way. Not to mention, with his level of power, it is hard to find people who can handle the heat he gives off for eternity.

Lark was the first woman that Pyrrhus had stumbled into the path of on his journey figuring out how to be human. She was a woman who offered him nothing but unconditional help and understanding, teaching him manners and how to control his unruly temper. She was a woman with a dark past, one he never got the chance to try and figure out. But through it all, she had managed to grow stronger and smarter.

It was in her that Pyrrhus experienced his first taste of real love for another individual, unable to explain anything he felt for her.  Their love wasn’t able to last forever, with Lark perishing to reasons unknown to anyone other than Pyrrhus himself.  It has left a deep, dark and dead chunk in his heart — crippling him to the thought of ever trying to replace her. Often the thought of her alone will make him nauseous, but he tries to persevere. Simply never speaking of her, leaving her in his past.

{More to come over time}

2. Do not come to me for smut, any relationship built for my characters is through Chemistry and I am a big fan of roleplaying a good relationship. Private Roleplays can have separate relationships from the Main Storyline in the main chatrooms.
(In Real Life: NOT LOOKING for a relationship The Writer is TAKEN. Understand IC from OOC, please)

3. Do Not Control/Kill off My character. These characters are my pride and joy, and I’m perfectly capable of controlling them on my own.

4. 18+ Themes Will Occur. Please be careful when coming to roleplay with me. There is cursing, violence, blood, possibly death or mentions of it. Things get crazy here. IF mature thees occur, I require my writing partners to be 18 or older.