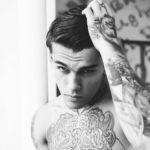 THE DEVIL IS DEAD. LONG LIVE THE DEVIL 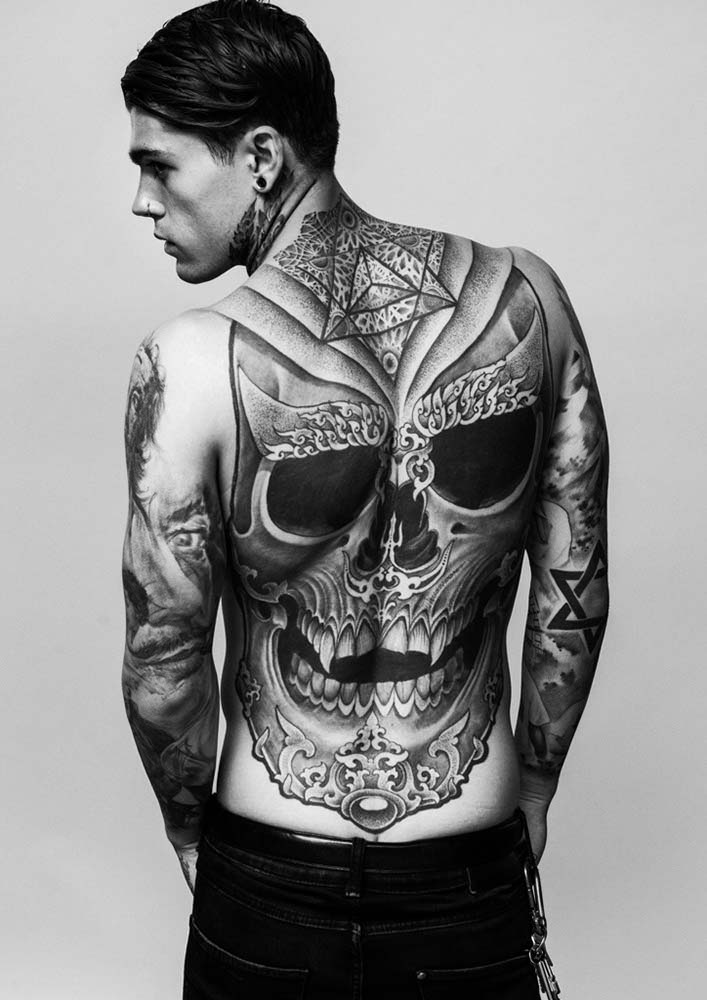 We all know the old stories about God and Angels, The Devil and Demons. Some people don’t believe them. Some people do believe them. A few people though…a few people live them. Yes, Angel’s exist, as do Demons. Can’t forget God and Lucifer, they’re out there too…or at least…was in the case of Lucifer. The Chosen One, the Morning Star, The Prince Of Darkness, The Betrayer, The Lord Of Hell, Satan, The Devil, Lucifer, whatever you want to call him. After all his eons of being The King Of Lies, he has been felled, killed by the sword of the Archangel Michael in a battle that raged for thirteen days and thirteen nights. On the thirteenth night, Michael killed Lucifer and disappeared with his head without a trace. What would happen now? There was no longer a Lord Of Hell, and everything was in utter chaos. In the aftermath of that battle, Lucifer’s body didn’t sit and rot, it instead broke down and turned into dust. But not any normal dust, for while Lucifer was dead, his power would live on forever. Now it was just a matter of seeing who would wield that power next. 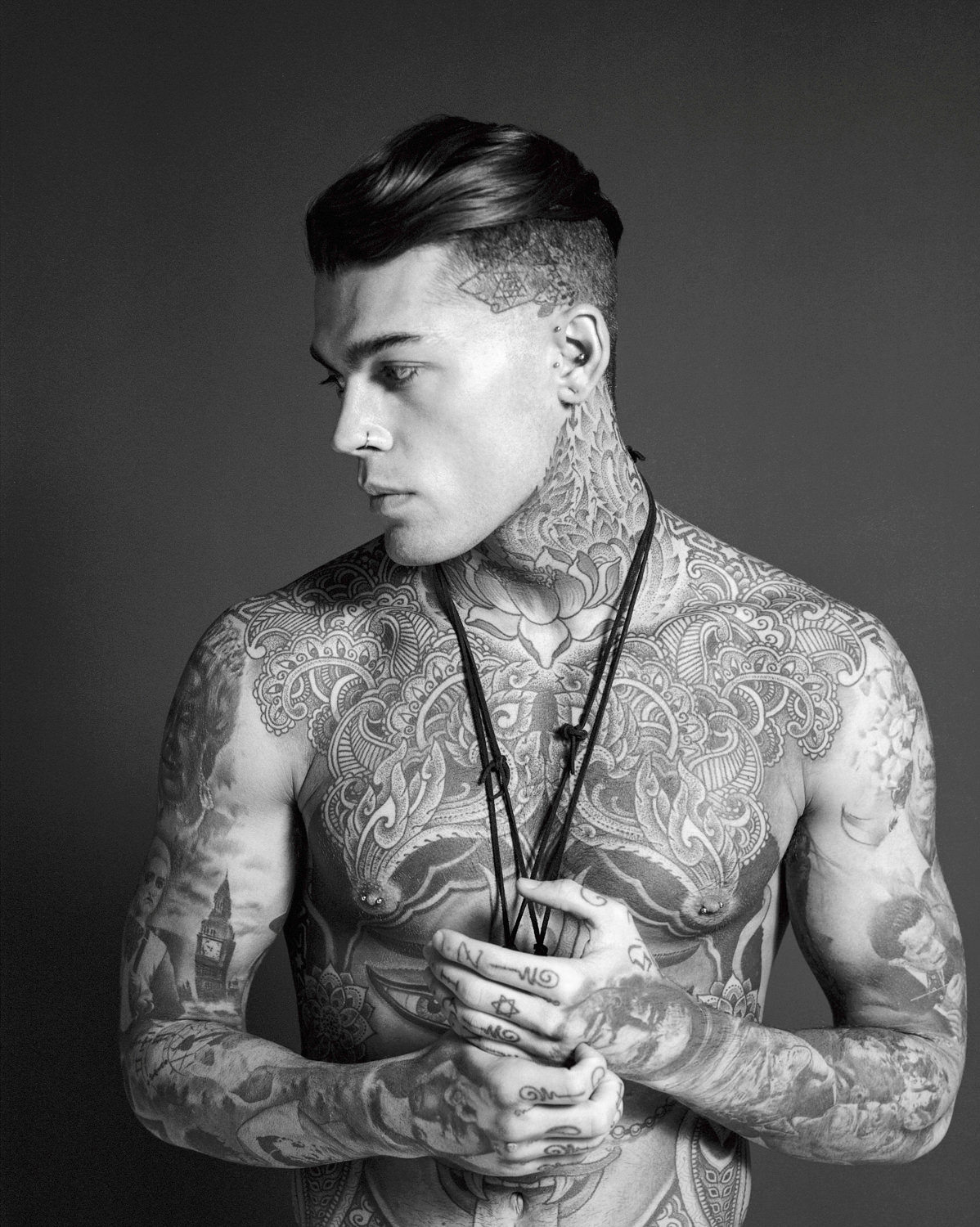 The dust from Lucifer’s dead body was charged with all of his demonic energies, powers, and abilities. The lesser demons of hell all sought out this power so that they could become the next Lord Of Hell in Lucifer’s absence. But the demons and dark souls of hell wouldn’t be the only contenders for The Devil’s vacated throne. The battle between Lucifer and Michael tore open a rift between Hell and the realm of the living, and The Devil’s Dust didn’t just stay in Hell, it seeped through that rift and filtered throughout earth as well. Over the years to come, various human beings would come across pockets of this dust and be granted powers beyond their imaginations, but that was only the tip of the iceberg. Some would come to realize the truth, thanks to demons entering earth, hunting for the Dust in order to gain all of Lucifer’s power. The humans decided to join the race to become the new Devil, all for their own reasons, and the Devil’s Dust put the humans and demons on equal playing ground. 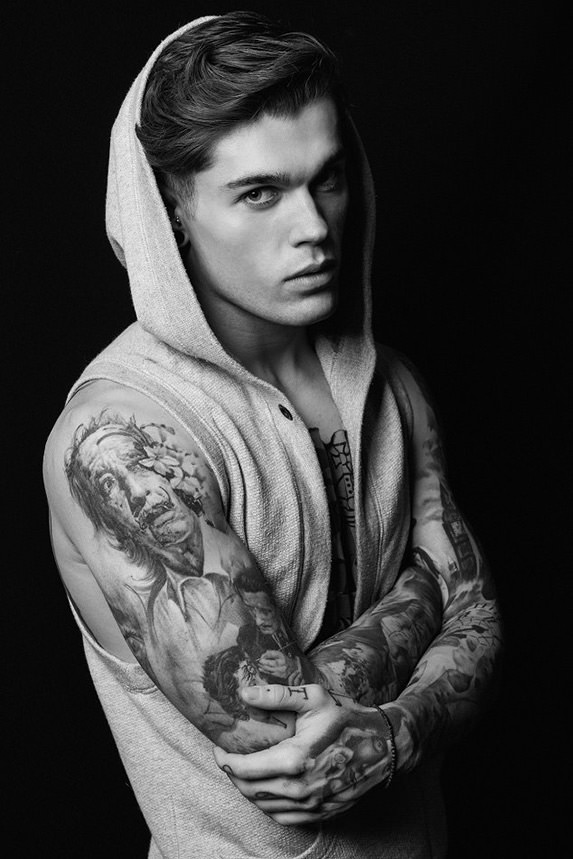 Jediah grew up in very religious society. His teacher was a great Priest in a long line of Holy men. No doubt, Jediah was next in line to take that mantle. Young, bright and very intelligent, he showed great promise, and the church had it’s eye on him, that was until his teacher’s power threatened to move him into the High Priest’s position. The current High Priest, Lin Faust, would not allow that. Jediah’s teacher knew that Lin Faust was dealing in powers less than holy, yet he still challenged for the position. Unfortunately, Faust’s connections proved to be too deep and too strong. In the end, Jediah’s teacher was executed for high treason against the church and his family turned over to Lin Faust for punishment. Jediah was spared because of his bright future with the church, the Order being of a mind that if brought up under the right influence, he wouldn’t turn out like his teacher , but Faust had other plans. Jediah was made to watch as his mother and sister were tortured for being heretics right in front of him, and then made to commit suicide in order to save Jediah’s life. His mother and sister gladly gave up their lives to keep him safe, but it was not just their lives they were giving up, but also their souls. Anyone who committed suicide would damn their own souls to hell for eternity, and for this, Jediah mourned the most. He wanted revenge for the first time in his short life. 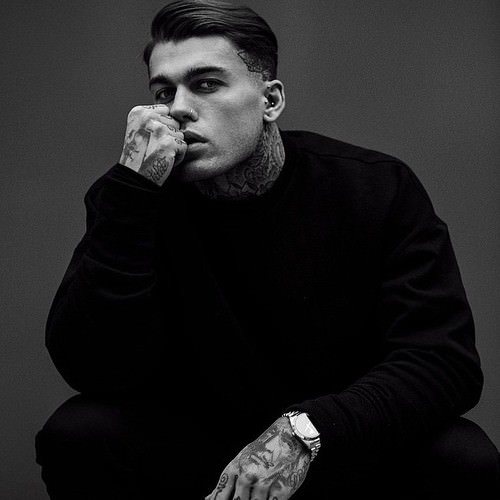 Escaping his captors, he hunted the Holy City for Faust, but found him gone, away from his dirty work. And so Jediah set about hunting him down. As head of the Church, he wouldn’t be hard to find. Seven days later, Jediah found his mark, and he was going to kill Faust. If his mother and sister were damned to Hell, then he would join them so they would not be alone. Cornering Faust in his carriage one night on the street, Jediah got his chance, but it was then he was met with the true power of the man called Lin Faust. He wasn’t a man at all, he was a demon. Jediah came face to face with this dark force that had ruined and killed his family, and the Demonic Faust sent Jediah away in a flash of hellfire, laughing madly the entire time. 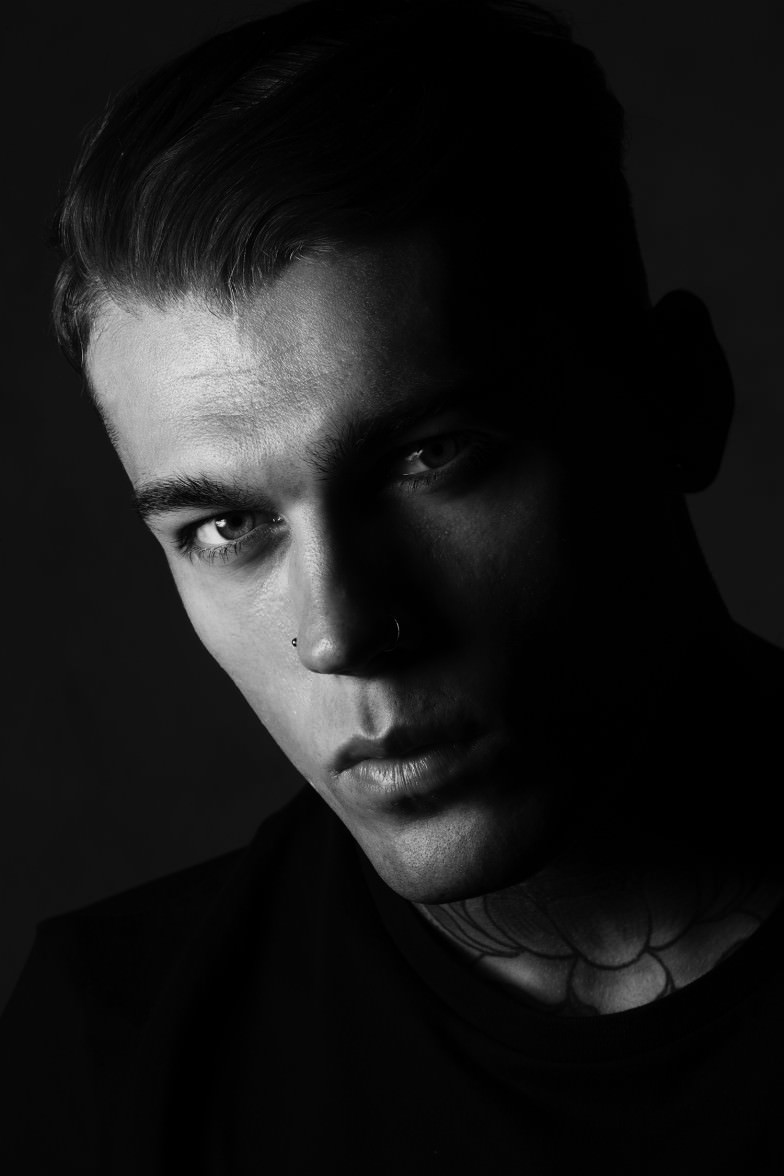 Jediah woke up thinking himself dead, for the place surrounding him upon opening his eyes was surely Hell itself. Not only that, but there was a battle raging before him between two immense demons. He got out of the way, not knowing the rules of Hell and watched as the two ripped each other apart, as well as time and space, warps and gates opening up around them as they expended their tremendous powers. Jediah wanted to find his mother and sister so he could comfort them,but he was drawn to this battle and he would see it’s end, it was something beyond his understanding, but he knew that he would have to come to understand it since he was now a resident of Hell. As the two demons fought, they yelled and screamed at each other and Jediah, hearing their words, learned the truth. The Devil himself was long dead, killed by the Holy Archangel Michael in battle, leaving Hell without a lord. But his powers remained behind in the form of a crystallized dust, and the demons of Hell were fighting over control of that dust. Not only that, but the dust had also slipped into Jediah’s own world. It was then that he knew, knew where Faust had gotten his demonic powers. 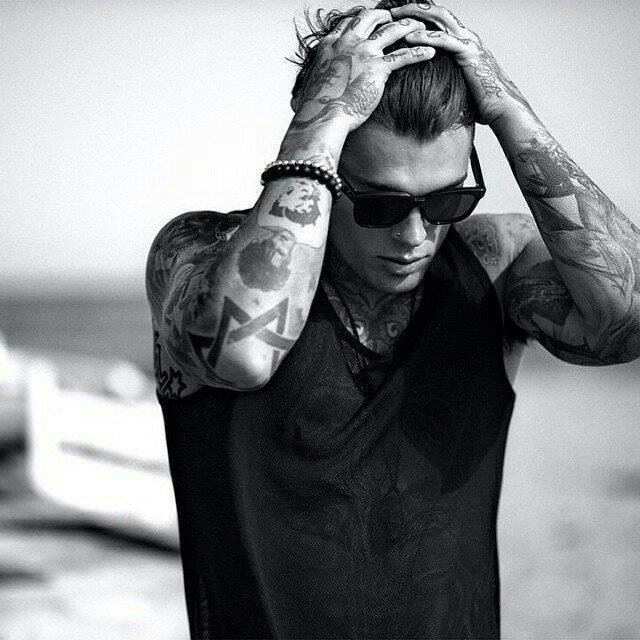 He had gotten it from the Devil’s Dust. Jediah watched as the two demons, Abaddon and Balaam battled until there was only one left. Abaddon lay there, barely existing, the victor, but at a great cost. Jediah knew what he had to do, he could already feel the power of the Devil’s Dust seeping through him as it floated around after Balaam’s expire, Abaddon too weak to absorb it. Jediah took hold of that power and walked over to the fallen Abaddon, taking up his own sword and looked down at it, speaking. “Thank you Demon, for you have given me hope.” With that, Jediah ended Abaddon’s existence with his own blade, watching as the combined dust from both fallen demons swirled around him, his mind willing it to absorb into his very being, transforming him into something else. He was still himself, but he wasn’t. He knew what he was though. He was on his way to becoming the next Devil. He had to. If he could take Lucifer’s throne, then he could save his mother and sister’s souls from damnation, for he would be the Lord Of Hell after all. This was his mission, to gather all of the Devil’s dust and to kill Faust for what he did. 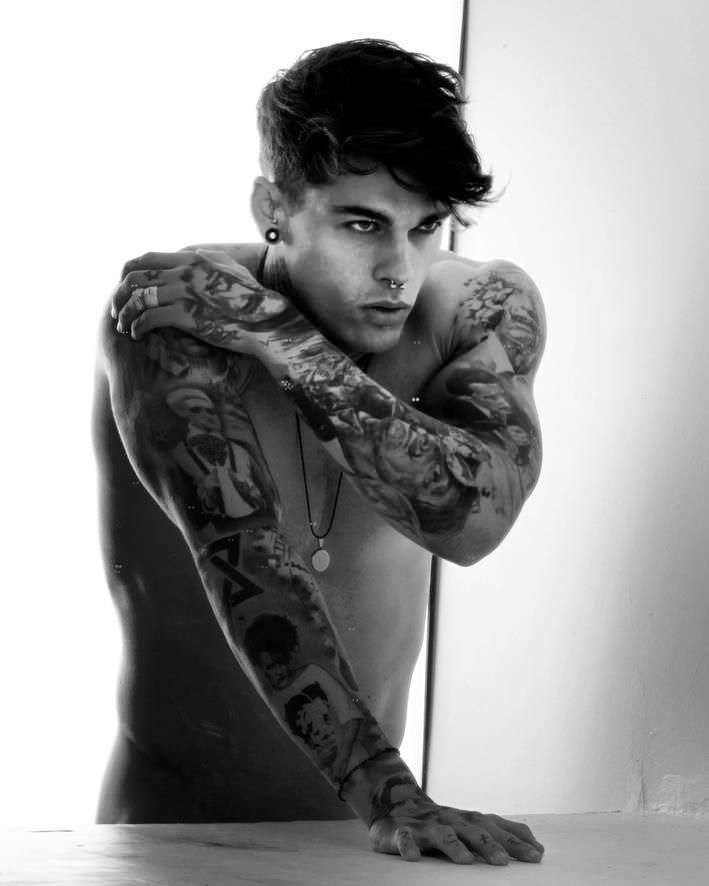 The war for The Devil’s Dust still rages on. Jediah still hunts demons, and empowered humans alike, gathering the Dust, wielding his dark triple bladed sword, Cerberus, and the powers he’d gathered over the centuries. He still hunts for Faust, wanting his dust more than anything else, but he has come across a little problem. That problem would be in the form of a female Angel, next in line to become the Holy Archangel of Heaven after the disappearance of Michael so long ago following his battle with Lucifer. She has vowed to kill the next Devil should they arise and try to take the Throne of Hell, and finds the hunger to become the Devil the strongest inside of Jediah and vows to stay with him, trying to prevent him from becoming the next Devil, or kill him in the end. What is a Devil to do being followed constantly by an Angel of Light, begging him not to kill, to stop his madness. He wish she’s just shut the hell up and leave him alone. But for some reason, he can’t find it in himself to kill her, or even make her go away. 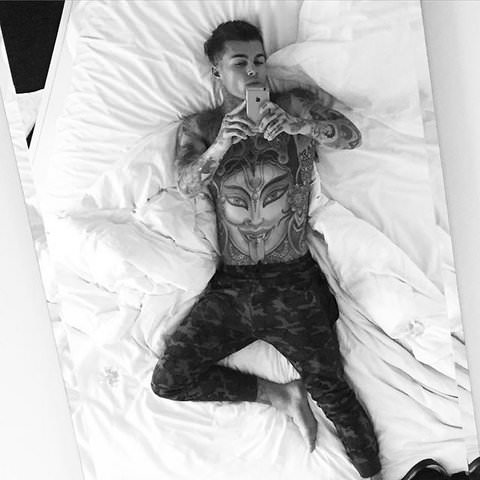 It seems his biggest obstacle is no longer Faust. After what seemed like eons of battle, absorbing the dust and claiming parts of hell for himself, Jediah had finally absorbed every bit of the dust finally gaining the knowledge of Michael’s whereabouts as well as Lucifer’s head. Hunting down the Archangel, Jediah defeated him, not only claiming Lucifer’s head and the last of his power, but Michael’s as well. He was no longer just the new Devil, but the God of Hell. His path, however, did not stop there. After becoming God of Hell and gaining even more expansive knowledge, he realized that there was always a higher heaven, or in his case, a deeper hell. Soon he set his sights on the Chaosverse itself, and beyond, his never ending path taking him from God of Hell, Daolord of the Infinite Hells, and even Primordial Chaos Lord. Even then he wouldn’t stop, not until he reached his limit, or someone stopped him. 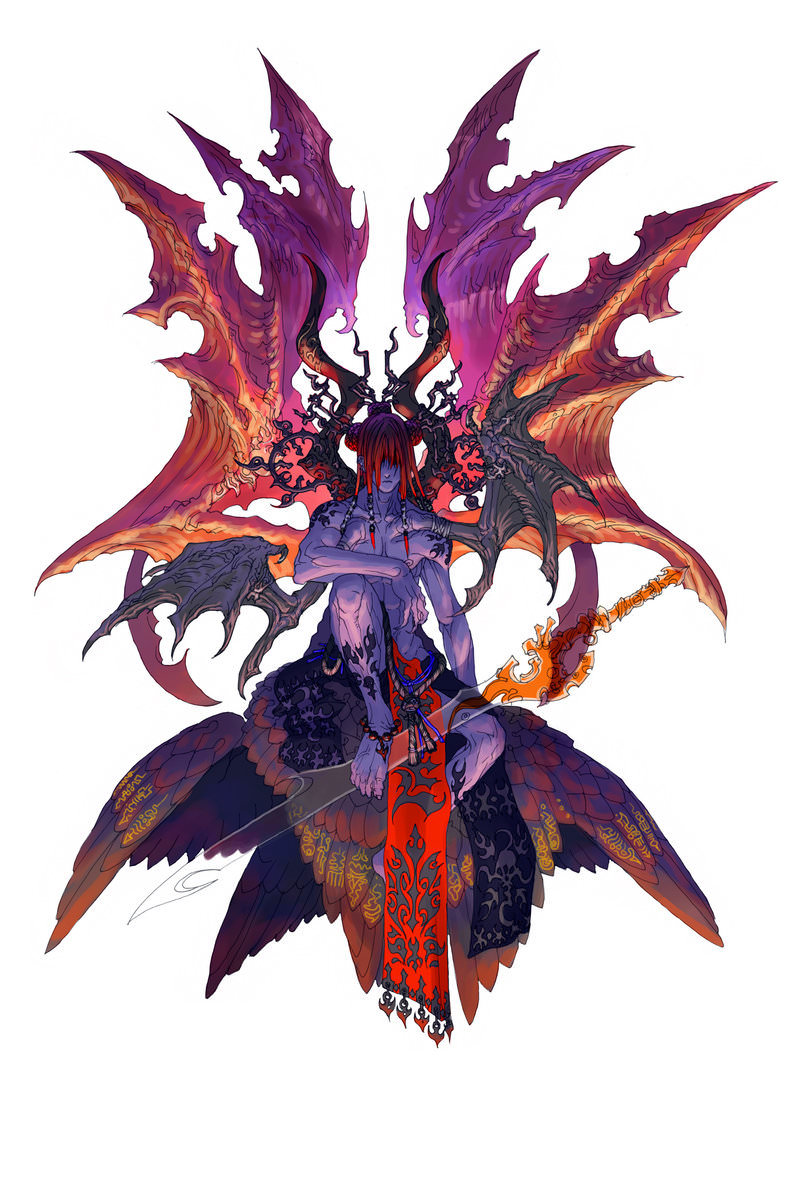 The Devil. God of Hell. Daolord of The Infinite Hells. Primordial Chaos Lord. 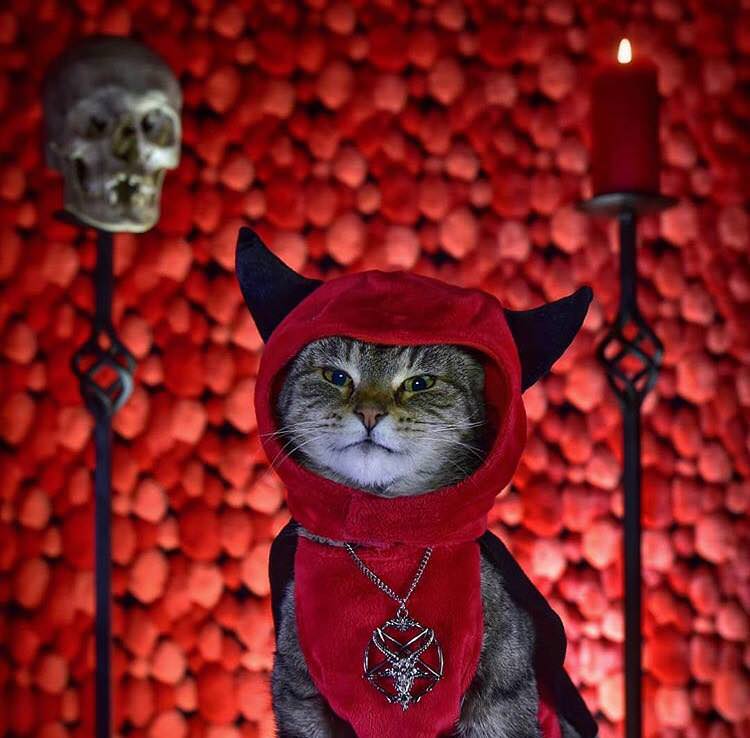 Along his travels, Asmodeus picked up many artifacts, divine treasures, and hell idols, but the most precious was a black egg.  When he nurtured that egg with his own chaotic essence he could feel the boundless, limitless power within it.  He just knew, from the time he first found it in the pitch black abyssal heart of a newly dead chaos world, that he had found a being so powerful that he simply had to bind it to himself.  And so over the course of twenty trillion years, what was known in the chaosverses as a chaos cycle, the time it took for a normal chaos world to be born and to die, he fed the egg his own energies, feeling it grow more and more potent until one day it hatched.

However, when it did hatch, he wasn’t met with a monstrous chaos beast with unlimited power.  Instead he was met with a small cat who was boundlessly intelligent, and devilishly cute.  Though the cat did not radiate primordial power, Asmodeus could sense that sleeping within it was a power even he couldn’t dream of comprehending.  He decided to keep the cat, who willingly created a soul bind with him, creating an unbreakable link between the two.  Naming him Ba’lareth, he continued his travels through the many chaosverses, helping Ba’lareth grow by feeding him chaos treasures and primordial resources, wondering just what the future would hold for the two of them.