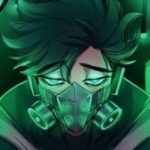 Ashlynn Winters has always been a loner. A fierce fighter, a shy lady. Ashlynn Loves the art of music and dance. She is an unnaturally beautiful singer, and she lives alone, often in forests, or places safe from cities or social life. She has a few problems, but otherwise, she’s as delicate as a frozen flower. Loyal, Pretty, Delicate, Shy, Serious, and a polite royal. Her family was killed 3,000 years ago. She lived, her aging stalled by 3,000 years. Nobody is better than the other. She fights her own battles, and lives her own life. A free spirit, with sly smarts and tricks to protect herself.

Ashlynn Is part demon, and the one mystery she struggles to find, is where did her wolf ears and tail come from? Either way, she can speak and understand animals, Has a few powers she prefers not to use, and can shapeshift into animals. Her eyes are mismatched, and that’s the only way you can tell her apart from the real animal. She’s mysterious, and often refuses most food. Her ability to use the emptiness of the void to her adjustments makes her very powerful, and most would call her corrupt. She hides away, bonding with animals rather than humanoids.

Ashlynn is actually royalty. She also is the Dragon Sin of Wrath, the most powerful of her group, the Seven Deadly Sins.

She likes adventures and doesn't stay in one place for long.

One silver eye with a satanic ring in the pupil, spreading out to the iris. She covers this with a eyepatch tied on with string. the other is an icy blue eye.  Her hair is black with a blue ombre, it ends roughly around her waist. Her figure is mostly hidden underneath her cloak. And she’s 5’8″.

She has a belt of special daggers. A side bag with mysterious contents. Her violin, and her notebook with her pencil.

One, She’s very powerful, she hides that.

Two, she hides her affection.