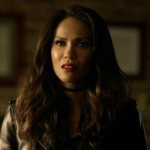 Mazikeen was working for Lucifer as an assistant and enforcer for Lucifer, and also working as a bartender in Lucifer’s night club, Lux. She assisted Lucifer in various tasks and occasionally helping him with cases. She met her first human friend, Trixie (Chloe Decker and Dan Espinoza’s daughter), in this club and even offered Trixie a
Shirley Temple

she decided to leave Lucifer. She ended up sharing an apartment with Chloe Decker and Chloe’s daughter, Trixie. For a while she was searching for a job before deciding to become a bounty hunter, using the name “Mazikeen Smith”. She finds joy in working as a bounty hunter because it lets her hunt down humans and get paid at the same time.

Mazikeen, also known by her nickname Maze, is a demon from Hell who holds the form of an incredibly attractive, sexy young woman. For millenniums, she worked for Lucifer as a servant, lieutenant, enforcer, assistant and right-hand woman. She is the best friend and former lover of Lucifer and formerly worked alongside him at the Lux nightclub in Los Angeles before starting a new career as a bounty hunter with the LAPD. 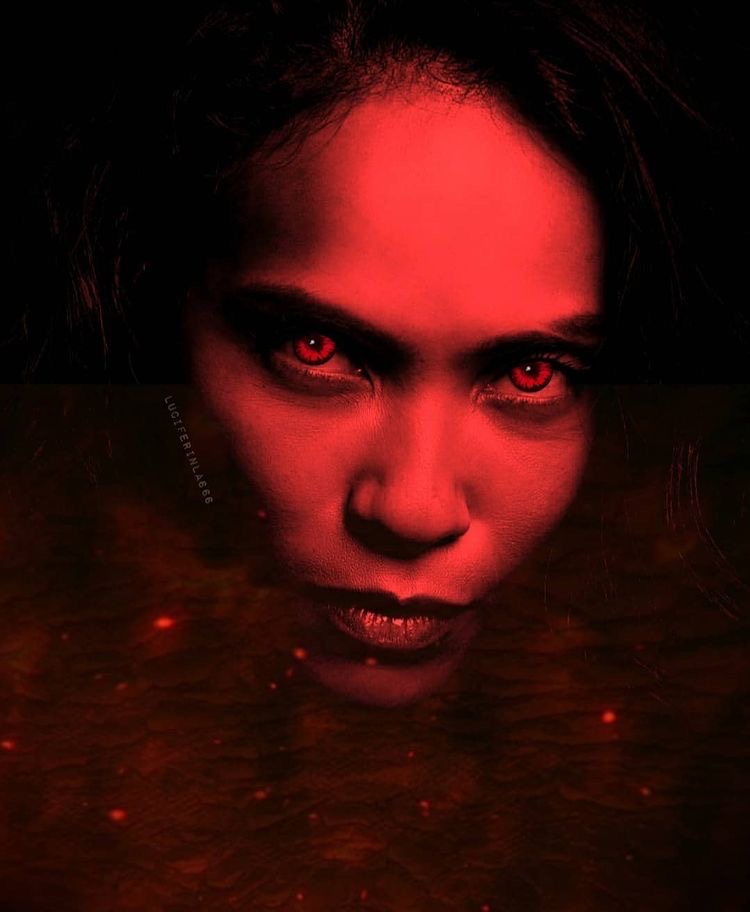 Maze is among the oldest and most powerful demon who has existed for millions of years. While Lucifer ruled Hell, she faithfully and loyally served him and tortured souls of deceased humans. Lucifer has called her “the most skilled and efficient torturer Hell’s ever known”, “one of the strongest and most powerful demons who ever lived”, and “Hell’s most brutal torturer”. She tortured Goddess for thousands of years, but Goddess didn’t have any physical form, therefore the pain wasn’t as powerful as it could’ve been. 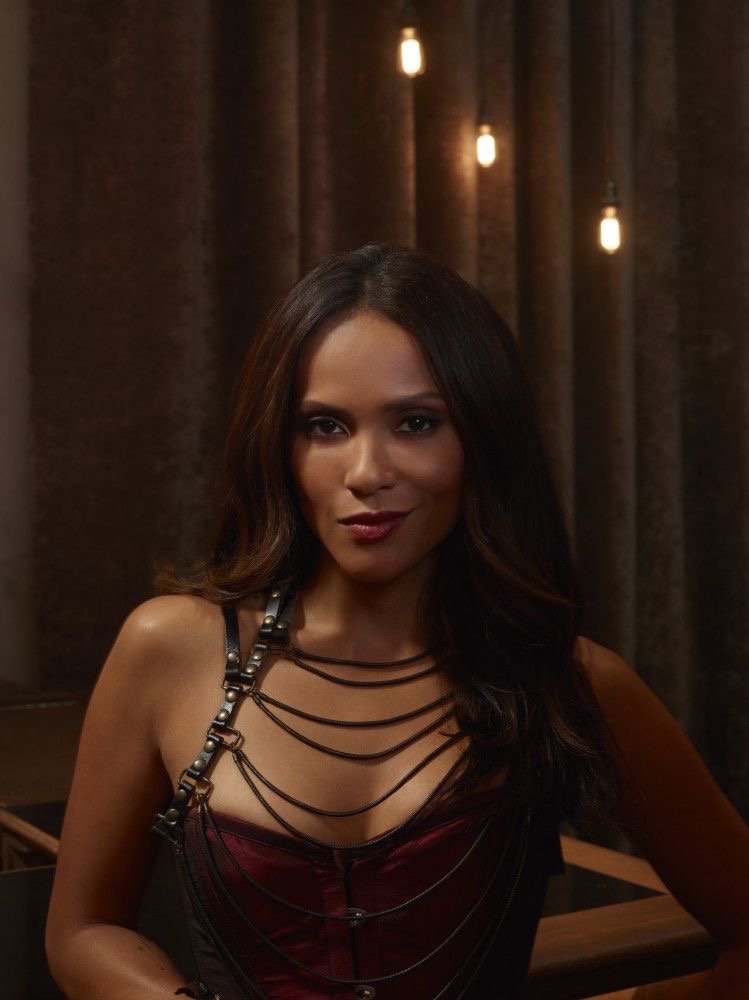 When Lucifer left Hell, Amenadiel came to take Lucifer back but then his necklace was stolen. Lucifer summons Maze to Earth to torture the suspects and help Amenadiel find his locket. Under his orders, she cut off his wings. Afterwards, she aids Lucifer in his various (mis)adventures in punishing the wicked. However, Maze feels that they don’t belong to earth anymore, and need to go back to their home, which Lucifer refuses quickly. This caused Maze to leave Lux and take some time alone for a while to figure out where she belongs.

Back from her “getaway vacation”, Maze tries not to care about everyone’s problems, including Lucifer’s. 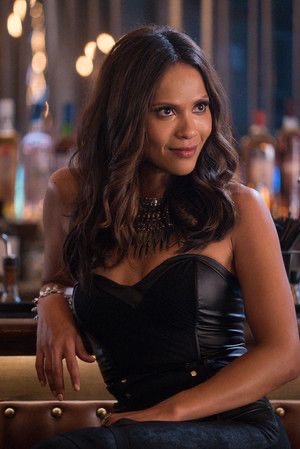 In human form, Mazikeen looks like a young, beautiful woman with medium dark skin. She often wears sexy leather outfits and the color black. She wears her black hair in different styles, such as wavy, straight, ponytail, etc.

Mazikeen was one of Hell’s most decorated torturers, inheriting a rather sadistic composure and sense of humor. Despite being seen upset in multiple episodes, Maze states to Amenadiel that ‘demons don’t get sad, they get mad’. She always entertains whatever sadistic ideas Lucifer may have and is even turned on when Lucifer suggests torturing a Lucifer-wannabe in “The Would-Be Prince of Darkness”, excited about how it is like he is “torturing [himself]”. It is even implied that she is partially a sadomasochist, remarking about how she “likes pain”. Unlike Lucifer, she preferred her position in Hell, having become dissatisfied with Earth and whatever fascination Lucifer has with humans, and has even resorted to consorting with Amenadiel behind his back in order to make that happen.

Despite all of this, she is profoundly loyal to Lucifer and whatever decisions that he makes, having left Hell to look after him and always nagging him for his own well-being. it is shown that she would even fight and kill on his request, having shown up to rescue him and Chloe when they were cornered by a street gang.

Mazikeen is similar to Lucifer in many ways. They are both overtly confident, persistent, sexy, and sarcastic. Also, they both disregard many social norms. This is evident when she undressed an unconscious Dan and put him in Chloe’s bed in hopes of getting Chloe out of Lucifer’s life. Despite her bad girl attitude, she is revealed to be lonely, as she had no real friends until Chloe, Trixie, and Linda. She also shows that she may have real feelings for Amenadiel, as she chose to use Lucifer’s feather to save his life.

She is also sexually promiscuous and has admitted she has had lots of sex with both men and women, even women who identify as straight. It is also implied that Maze and Lucifer were lovers at one point in their lives.

its discovered Trixie had brought out Maze’s more vulnerable side. Upon learning Linda was pregnant, Maze did her utmost to protect her and try to be a good aunt figure to her friend’s child. Because of this, Maze admitted her mother was bad at parenting and sought to do better. She also became interested in companionship, eventually falling for a frustratingly oblivious Eve, who was too obsessed with getting back with Lucifer to notice.

In an alternate universe created by God, Mazikeen never emotionally evolved due to Lucifer never meeting and becoming partners with Chloe, and due to Trixie not existing in this universe to help draw out her more caring nature. Instead she wears half a mask, to presumably hide her demon face, and is in charge of a cult. Although the cult appears to be human, as shown when she burns the mask on a womans face, it is unknown where the group originated from or how her relations with humans have evolved from. 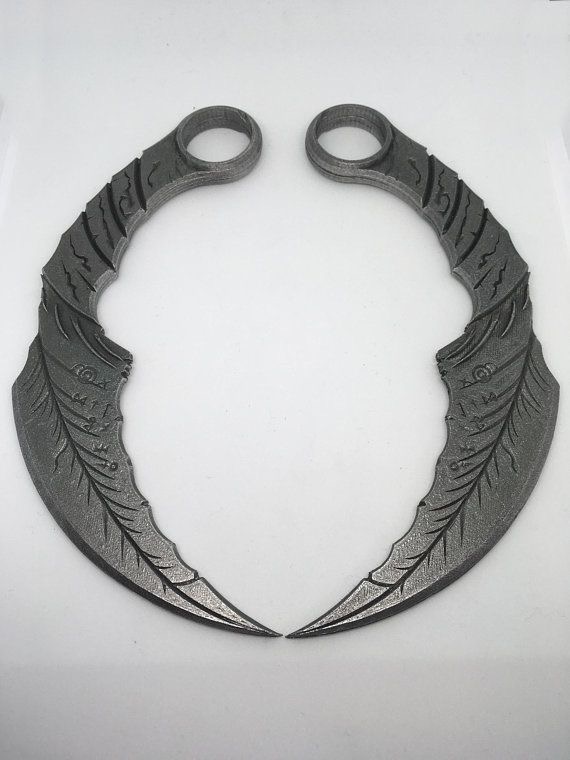 Demon Physiology: As a demon, Mazikeen is far superior to a human, having augmented supernatural power.
Immortality: As a demon, Mazikeen doesn’t age and has lived for at least thousands. Lucifer even explained that life in prison would be a mere timeout for her. However, demons do not have souls, so if she dies, she would be eradicated from existence. It is unclear though whether or not she can be killed, like other demons, by extreme mudane means, as she has never displayed any fear or mundane weaponry, indicating she is far more durable than the common demon, a fact further supported by the fact she can take punches from Lucifer without much problem, while other demons were taken down by one punch of his. She cannot die of old age, she can only be killed by celestial weapons, Flaming Sword, demon daggers forged in Hell, Angels, God and Goddess
Superhuman Durability: As a Demon, Mazikeen is far more durable than humans. Mazikeen can withstand an immense amount of physical damage, and weapons such as guns, knives and tasers cause her little to no harm. Usually, Mazikeen laughs at the idea that humans may hurt her, and after a punching duel with Lucifer, she was only moderately injured (while a single light punch of him is enough to knock a human unconscious and severely injure them), and could still walk.
Accelerated Healing Factor: Mazikeen have shown to heal faster than humans, though still slower than angels. After her fight with Lucifer, she was shown to be already in a somewhat better condition after only several hours, however still at a worse condition then Lucifer.
Superhuman Strength: Like all Demons, Mazikeen possesses more strength than humans; and has a level of superhuman strength. She has the strength to easily knock a human unconscious with a light punch and she can lift up large men by their necks very high off the ground with only one hand, and powerfully shove them into a wall, and break every bone in their bodies, and she can singlehandedly annihilate 20 large men in combat. Like all demons, Maze is supernaturally strong, mean, ruthless, terrifying and brutal, and she is exceptionally powerful, but Like all demons, she is nowhere near as powerful as Angels.
Superhuman Speed: As a demon, similar to Lucifer, Mazikeen is as fast as the speed of light, able to appear and disappear with a blink of an eye, she can move far faster than a human being. In less than a minute, she went from being outside Linda’s office to in her office which required her to leave the building and go through the window. Mazikeen single-handedly destroyed a street gang in about a minute.
Superhuman Stamina: As a Demon, Mazikeen can survive and function without much food, water, oxygen, sleep and rest.
??????Superhuman Reflexes/Reactions: As a Demon, Mazikeen has far greater reflexes than humans, she has incredible reflexes that are supernaturally quick. She can duck, dodge and catch bullets knives, arrows, etc. that is shot or thrown at her.
Superhuman Agility: As a Demon, Mazikeen is supernaturally agile, and she is able to move incredibly quick and easily.
Superhuman Senses: As a Demon, Mazikeen has better senses than humans and animals. She also appear to have better senses than angels, as, multiple times, she was able to detect things Lucifer hasn’t noticed.
Superhuman Intelligence: As a Demon, Mazikeen has far more intelligence and intellect and knowledge than humans, she has lived for at least thousands, and has a vast amount of knowledge.
Telekinesis: Mazikeen was able to summon her knife from a wall into her hand in order to fight Amenadiel.
Demonic Growling and Roaring: Like all Demons, Mazikeen has supersonic growling and roaring, she can growl and roar loudly, similarly to animals such as lions, bears, and tigers. To frighten a misbehaving child Maze perfectly imitated the sound of a vicious dog barking and growling.
Demonic Possession: As a Demon, Maze can possess any recently deceased human being. Lucifer has forbidden Demonic Possessions because “someone” in the Silver City complained about it.
Abilities

Master Hand-to-Hand Combatant and Martial Artist: Mazikeen has shown to be an expert in various types of martial arts. She is a highly-skilled fighter and has shown to have brilliant armed and unarmed fighting skills. Though she was eventually defeated in her battle with the angel Uriel, she remained capable of fighting on equal terms with him for some time. Maze can be very precise and surgical in her attacks, as noted by Lucifer when she targeted her opponents’ weak spots, notably shattering a tibia, causing an orbital fracture, and crushing a humerus in “Sweet Kicks”.
Superhuman Athleticism: As a Demon, Mazikeen is in far better shape and a far greater athlete than the finest athletes on earth. She is an expert martial artist and a master in karate, boxing, muay thai, jui jitzu, kungfu, akido, wrestling, judo, vale tudo, taekwondo, ninjutsu, eskrima, etc. She has the superhuman abilities to easily and effortlessly defeat multiple humans.
Expert Stick Fighter: While in a bar fight Maze broke a wooden pool stick in two pieces and easily used them to defeat a large group of attacking men.
Expert Knife Combatant: Mazikeen has shown incredible fighting skill with demon knives when she fought Amenadiel, though she was still ultimately unable to defeat the angel. She was also capable of holding her own against Uriel for some time before she was deprived of her knives.
Persuasion: To a small degree, Mazikeen can convince people to make a decision that they think is their own.
Expert Masseuse: Since Mazikeen can find most of the pain points in a human’s body, she can also relieve the tension in them, making her a great masseuse.
Expert Tracker: Mazikeen is an expert tracker, which is why Lucifer first brought her to Earth from Hell to help him track down the one who stole Amenadiel’s necklace. This also the reason why she is so successful at her bounty hunting job.
Bilingualism: Maze speaks her native Lilim in addition to fluent English, as seen in “Everything’s Okay”. 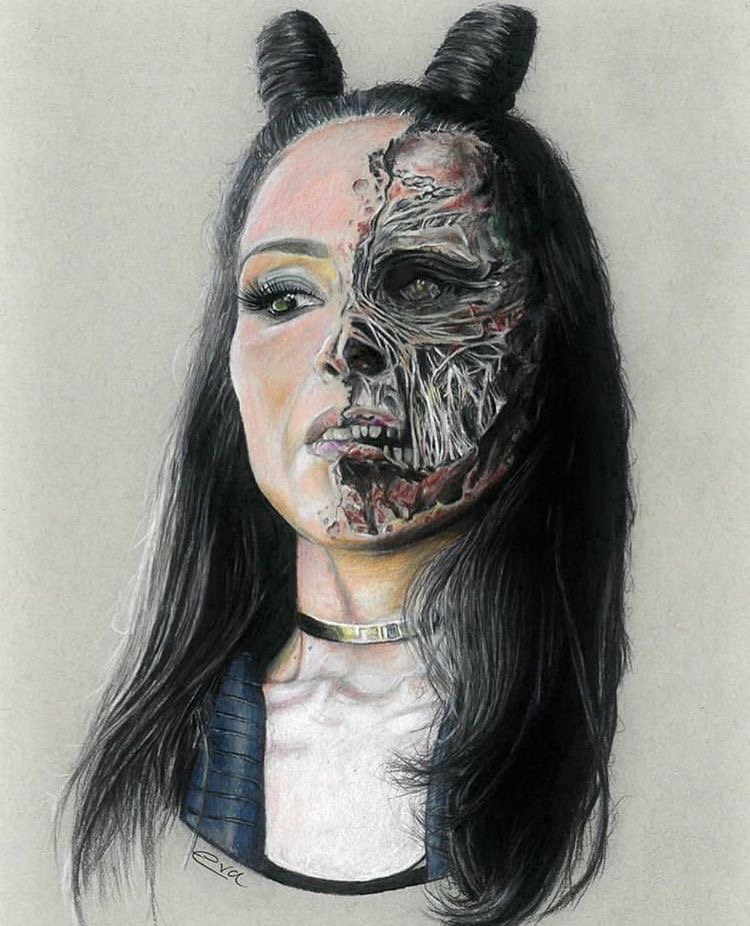 However, when she reveals her real demonic nature, the left side of her face looks horribly scarred and mutilated. Whereas most people would find it revolting, Trixie thought it looked cool on Halloween.