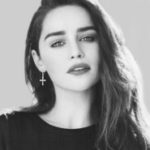 //I’m a role player who is above the age is 20 and seeking some friends to write with. I really enjoy writing and have been doing it since I was 11. I’d like to think I’m Literate though my creativity does need some work!

Really, I’m open to many things so just talk with me.

My name is Ayle Kingsley.

Females and Males and Genderfluid beauties.

From the young age of 9 I knew I was different than most. A hybrid like myself was rare and wanted for some serious cash. Born to Arthur Kingsley, one of the Elf leaders who now roamed earth in hopes that the Elf race and humans could coexist. Ayle is half Lycan and half elf, with a need for physical contact (as small as holding hands to deeper acts) to feed. She learned that out the hard way when at 16 she fell in love with the first human she could tolerate named Shania. The two decided to follow the trend of making love at prom though the act had awoken her elf side that wished for more and in a shake of the moment she ended up killing the female that lay underneath her.

In her human form she stands at a height of 5’6, blonde locks that fall to her waist with beautiful violet eyes that stand out to her flawless skin. She has pointy ears that she hides well with the hair that falls around her, and with her warm complexion she seems approachable.

I fall in love too easy, but the urge to kill is great as well.

In the world around me.