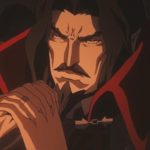 active 1 month, 1 week ago
Base

Prince of Nihileim and Lord of Madness

An ever changing enigma, Archibald Cheshire the third is a mystery, even to himself. Arriving here at The Red Sun Inn many years ago, Cheshire has deemed Helifyno his new home and has fought tooth and nail to protect it. Of course, with countless large and small scale wars, the years have taken their toll on him. Once a playful and childlike trickster, Cheshire used to do what he did to put a smile on the faces of those around him. As of late, however, he has experienced a turn. Harder, colder, his concern for the safety of his new world has mutated into an almost obsessive nature with a belief in ends justifying the means. Of course, he recognizes this. Seeing the difference between the optimistic child he was and the almost cynical man that he has become. Though, whether this is for the better or the worse even he couldnt say.

After the last time the planet exploded, Archibald Cheshire took to the void. Stealing a seed of creation and planting it there. He took the remaining debris from the planet and much of its people into the darkness and founded Nihilheim. A city for those who sought protection against the world that had endangered them and populated by those touched by the controversial powers of the void. It is here that he reigns over as prince. Guiding his people in an almost Zen understanding of the void and watching for what horrors might spring up into the world. As of now, Nihilheim exists within the material plane with the ability to be pulled into the void should it become under attack.

After arriving back within the material world, Cheshire quickly found himself embroiled within the conflict against The Cult of Faltering Bright. In the first battle, Cheshire witnessed once more the horrors of this world. Men and women slaughter, children skinned alive while religious zealots preached of sin and corruption. It was in this battle that he lost yet another life. However, with Twine destroyed, Archibald was left without his crutch. Without access to the natural calming and healing nature of the islands magic, Cheshire’s mental state has taken a downwards spiral. This new incarnation far less playful than his previous with an almost cruel sense of humor. Without any place to run heal and meditate, it is unknown how long he will last with the crumbling mental state.

Nine Lives (5 left): For each live lost, Cheshire grows in power. However, this comes at the cost of his mind. Each death whittling away at his psyche until, eventually, there will be nothing left but madness and power. No one knows what happens when the counter reaches zero. Not even Cheshire, all that is known is that Chesh wants nothing more than to survive. After each death, Cheshire’s personality will change to reflect the previous life. A side effect of piecing together his mind after the trauma of death.

Item Summoning: If it exists and he has touched it, Cheshire can summon objects and people to his side as needed. There seems to be no limitation to this ability and is normally used for gags and tea parties.

Levitation/wingless flight: Through channeling his mental and magical abilities, cheshire is able to fly off the ground at speeds that range from a lazy drift to just below mach one.

True Shape Shifting: Cheshire takes on the form, abilities, and physical attributes of whatever he transforms into and is able to grow extra limbs, organs, and body parts as need

Regeneration:  A side effect of his true shape shifting, Cheshire can regrow lost limbs and organs provided that the wounds were not bad enough to kill him immediately

Fae Source Empowerment: Due to drinking from the source, Cheshire is able to wield Fae Magics and is empowered by natural and mystical energies. When using Fae Magics, the spells become stronger though are subject to the same effects and defenses as standard Fae Magics.

Fae Lands Wayfinder: Due to his extensive time within the Fae Lands and wilds Chesh is able to move through the pathways without getting lost.

Fae Magic Resistance: After decades of hunting Fae, Cheshire has developed a resistance to fairy magics. Effects only operating at half efficiency against him.

Pyromancy: Cheshire is able to create and manipulate fire and flames

Cryomancey: Cheshire is able to create and manipulate the cold and ice.

Shadowmancy: Cheshire is able to manipulate, shape, and solidify shadows as needed. Traveling and listening through them as well.

Schrodinger’s Clone: Cheshire is able to clone himself an undisclosed amount of times, each of these clones existing as the real cheshire until such a time as they are all killed. Each individual is simultaneously a clone and the real chesh.

Teleportation: Cheshire is able to move himself and other objects through space in an instant.

Universal Stepping: Cheshire is able to travel between different universes

Telekinesis: Cheshire is able to move and operate object with thought alone.

Telepathy: Cheshire is able to communicate with thought alone.

Mind reading: Cheshire is able to read and understand the thoughts of others. Though, deeper thoughts require more concentration. Surface thoughts and emotions can be ascertained with a glance.

Master Illusionist: Cheshire is able to craft and create illusions that are nearly indistinguishable from reality and effect the chemistry of the mind to elicit different emotional states of the mind.

Memory Manipulation: Cheshire is able to reveal, remove, and rewrite memories of targets. Locking away skills, powers, emotions, deep within the mind.

Illusion Immunity: Due to his mastery of the mind, Cheshire is immune to illusions cast on him. Recognizing them for what they are.

Mental Matrix Field: A specialty of Cheshire’s. Cheshire spreads out with his mind and claims an area of one square mile around himself as his domain. While the matrix field is active, illusions act upon the body as if they were real. Flame magics will cause blisters and heat, drowning will fill the lungs with water, suffocation will close the lungs, falling from high spaces will simply stop the heart.

Mind Eating: When a foe is defeated, Cheshire is able to consume their minds of the weak and the dying and gain their thoughts, memories, experiences, and knowledge. Adding their abilities and experience to his own in order to grow more powerful.

Mental filtration: When too many minds have been eaten, cheshire enters a meditative state of hibernation. filtering out the personalities of the minds consumed and leaving behind only the knowledge and experience needed to continue wielding the powers gained through mind eating. The less lives he has left, the less effective this ability becomes.

Magical fuel Substitution: If a spell or ability would require one source of magic, Cheshire is able to convert it to be used with his own magical energies instead and bipass specific energy type requirements of an ability learned. (I.E. Using his own chaotic power to fuel things that would normally require chakra)

Mangekyou Sharingan: Taken from the Uchiha Terrorists, Cheshire has unlocked both eyes granting him the power of Kamui and Amataratsu. While inherently inferior to his own abilities, they do bolster his Illusion spells by granting him the ability to trap individuals within a personal illusion lasting 72hrs.

Kamui: allows the user to transfer objects to and from another dimension. These transfers are often characterized by a spiraling void that targets swirl into or out of, distorting their form as they move between dimensions. Targets that enter Kamui’s dimension are completely untraceable. This combined with his universal stepping and mass teleportation allows him to drag the entirety of Nihilheim into his own pocket dimension for safety.

Amaterasu: produces black flames at the focal point of the user’s vision. In most situations, this makes Amaterasu impossible to avoid. However, if the target can move fast enough to prevent being focused on, Amaterasu will miss them when it’s cast. Once created, it can continue burning for seven days and seven nights. The flames cannot be extinguished with water or any other normal methods;  only the user can put the flames out.

Susanoo: When activated, Susanoo forms around the user and becomes an extension of their will, acting and attacking on their behalf. By default, Susanoo is anchored to its user and they to it: in its less developed forms it will move around with the user; in its more completed forms the user will be suspended within Susanoo, being brought with it as it moves around.[3] This connection allows Susanoo to shield against physical attacks, one that becomes more difficult to penetrate as it is manifested more fully.

Void Walking: Cheshire is able to effortlessly travel through and navigate the first and second layers of the void. Hopping between different sections and back as he needs to.

Void Stepping: Cheshire is able to step in and out of the void as he see’s fit. Bringing people in and out. Even sending people there without a way back in hopes of getting rid of them.

Void Touched: Cheshire is able to manipulate and control the void to a limited degree. Summoning the darkness in aid and defense and channeling it’s powers through his own magical abilities. The full extent of use is currently unknown to him however the more he dabbles and trains in the power the more that he becomes consumed by it. Trading his soul for the dark power. Likewise, Cheshire can infect others with the void if he so wishes, planting a piece of it within the victim and granting them similar void based abilities.

As a true shape shifter, Chesh’s physical appearance is never set. However, he does have ‘Fashion phases’ that he goes through where his base form will change. His true form is currently unknown. Having not taken it in so long, even Cheshire has forgotten what it looks like

The Mind is a terrible thing to Waste