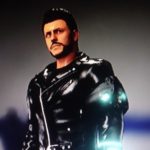 active 2 years, 6 months ago
Base

I am a cyborg, living his second life after a fatal fall from a mountain. I now patrol the streets of Cincinnati, Ohio. Even if the cops don't allow it.

Taken in Hellifyno canon, single in other two

Excerpt from “Let It Burn” by Red.

This character is apart of multiple canons/timelines.

Atrix is an interesting character. His bipolar personality can sometimes be classified as…”tripolar” if you will, with him switching to different emotions at a moment’s notice. He wasn’t always like this – well, technically he has, but not in his current life. You may read that his race is classified as “Enhanced”. This is true, considering he is partially a robot (cyborg), thanks to his previous death. He died after falling off a mountain while climbing it, at the age of 16. Now he is…well, it is not known. About 18-24, which is a very rough estimate. It’s quite stressful. He is now enhanced with an improved mind, a cybernetic eye, and two mechanical arms. He normally switches emotions after a small thing happens, like from angry to depressed to confused. He hardly smiles. His loneliness is extremely strong, and he feels he will die without anyone in his life. He has a friend.named Cheryl.Alexander, but she is hardly ever around.

Atrix today is now a backstreet vigilante in Cincinnati, Ohio. He is prone to mental breakdowns partially because hasn’t seen Cherry in two years, and he’s starting to lose faith in his mental health. He tries to keep himself under control the best he can.

Atrix had been a criminal vigilante for years now. It seems the police are now more focused on capturing him than they ever have been with the real crimes of the city. Guess they can’t let anyone else take the cover of the newspaper with the headlines saying “CPD Does It Again!” Atrix simply could not take being chased by cops that will only do their jobs if someone else is doing it for them. So he took a trip on a ship to head to Hellifyno. Upon arrival, he…….crashed. The crash nearly killed Atrix and destroyed his AI. Thankfully, he is alive, but hardly well at all. His AI is malfunctioning…against him. The AI wants Atrix dead for its own benefit, yet Atrix wont let it kill him because its….well, him. He now has to set out to find a way back to Earth to get to the man who gave him the AI in the first place – Dr. Samuel Gravehart.

While this is going down, Atrix knows he needs to buy a home. His talent is discovered by Alice Sieghart, this talent being his ability to sing. When she learns of this, she encourages him to begin a music career. So he does. Katie Groves Sieghart follows not too far behind, and before long, Atrix and Katie are a musical duet. 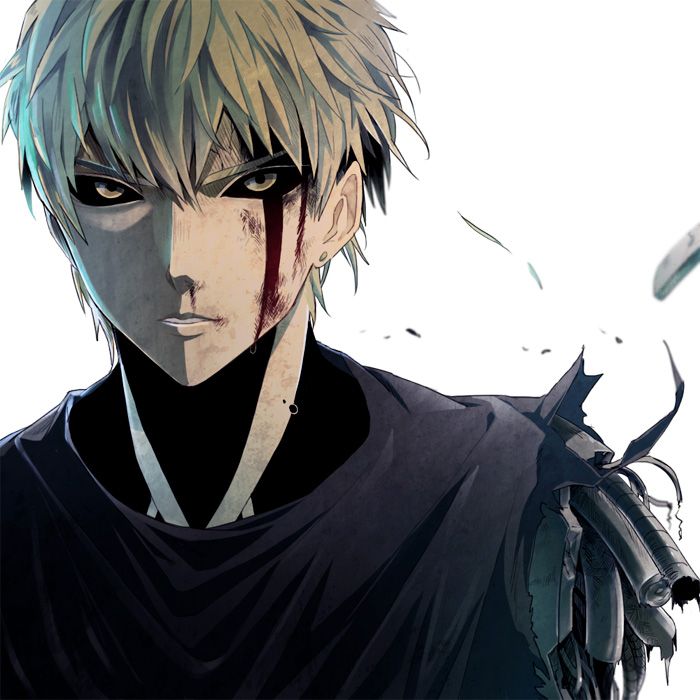 It turns out Atrix simply can’t escape the cops on earth. He’s the world’s best vigilante – and it’s most sought out criminal. He had to get off the planet. He needed a home – a refuge. That’s when he found it on his computer – job listings for TechCo. Maybe he could leave Earth and forget all about his criminal past to keep a low profile on the planet Sector G. He would take a ship using an abbreviated alias – A. M. T. to keep a low profile and not get caught by the transportation security.

As he would arrive at Sector G, he was given a tour of the city. Although the tour was nice, something seemed….off about it. Nobody he met acted like someone he would expect to go on a business trip with. They acted way too cheerful, they took a second to respond to whatever you said, and their eyes kept doing that blinky-flashy thing to him. After getting out of his hotel room with nobody noticing him, he started walking down the street to simply try to…think. He was then called to by a mysterious person: Kyran. She had no legs. She was saving up credits to pay for another month with legs. And she would get her credits through vice. Atrix simply wouldn’t take vice for credits; instead, he said to purchase augmented legs for her.

When he took her to the augments store, however, he simply did not have enough credits to pay for the augments. So he took her to his hotel, but…the staff stated that they were all disgusted by the disabled person he brought in. They attempted to take her, to kill her…but Atrix wouldn’t let that happen. He let off a 50m EMP to the hotel and everything around it. He picked up Kyran and she started giving him directions; directions he would follow for the next thirty minutes. Next thing that happens is they make it to a nearby city – one that was the opposite of the city he was in before. Instead of advanced, beautiful, and highly corrupted, he ended up in a dirty, destroyed, and empty city. Kyran told him to enter a warehouse. When he did, he saw many other people like Kyran – missing limbs and everything. This is all the result of TechCo’s corruption.

Today he vows to take down TechCo and to restore the ability of those who are disabled or injured, or affected in any way by TechCo.

—Always up for non-canon role play!—

I normally wear a large trench coat and a baseball cap with a hood over it. My eyes are brown and my skin is white. My hair is dark black, and my build is slightly big but not very. I don’t want to make myself noticed.

Nothing, really. Not even a home.

I have always been heavily attracted to breasts, only because they always seem to comfort me in my time of need. Ahh…boobies…

"If you can't make them see the light….make them feel the heat." -Ronald Reagan