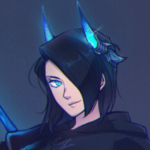 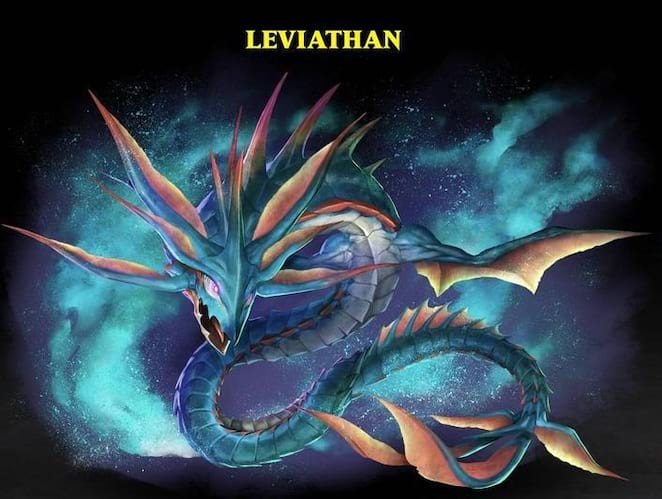 Leviathan
Leviathan is Ausaka’s new Eidolon and partner. She can summon him at anytime or use his water abilities. There are times he can appear but he will be much smaller and sometimes appear on Saka’s shoulder. When Saka’s eyes go blue that means she is tapping into Leviathan’s power so watch out or you might just end up drowning. Orion
Orion is a shadow dragon, he was hatched from an egg and the first thing he saw was Saka so like any new born baby he saw Saka as his mother and intently clings to her and still does. He is protective of her and tends to growl at those that gets to close to her but he is starting to get used to people even the kids and has learned not to growl at them. Saka has started to be less dragoon when it comes to dragons but she will still try to attack any adult dragons but as for the babies she has started to like the idea of having them around. There is still one more egg that has yet to hatch and she is looking forward to what kind of dragon is inside.

After the fall of the great fal’Cie named Kujata the once powerful l’Cie named Ausaka was freed, her mark along with all her powers was destroyed and she was once again human but before she was freed she was sucked into a portal leading to a new world. That new world was going to be her new home, that home was called the Sea of Clouds. The Sea of Clouds is an islands in the sky that is floating thanks to the magical aether, but not all places have as much aether then the Sea of Clouds and the only way to get around is by using and training flying creatures or having flying vehicles. After spending time in the new world Ausaka went to one of the main cities and got in a guild. That guild trains in the art of being a dragoon and after mastering the class after a year of being in the guild she was chosen for a secret experiment due to her history of being a l’Cie. That experiment was to help with the primal summoning’s due to the beast men and other races summoning their gods nonstop the mages have discovered a forbidden magic of sealing and after the first experiment was a success the mages started to do more seals on her trapping the primals souls inside her body. Each Primal that gets sealed away their names appear on her body most of the names get put on her back. Due to the sealing she is allowed to summon the powers of each primal depending on the element they use such as if one uses ice, earth, air etc. Sadly there was a catch to becoming a pawn to the mages and that was forcing her to stay locked away hiding her from the world but one day she had enough and escaped the mages grasp and left, ever since that day she has been on the run and exploring the Sea of Clouds and even went as far as going to a new land called Doma.

Some potions both healing and mana restorations

Trust no one and always keep your guard up at all times.