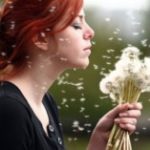 “Only those whom are immortal know all, and true pain. For we have been through it all.” -Artemis V. J.

Artemis is a immortal warrior roaming around the universe. She does whatever she wishes or needs, never needing to fear harm or death. Having been around since before many gods and has traveled both sides of the fence, she has learned everything she knows currently. Whether it be magic, weapon and combat wise, she has learned it all.
She mainly uses her trusty bow, Nature. It is made from the wood of the tree of the forbidden apple, a gift to her from Zeus for doing a few missions for him. Artemis loves music, alcohol, fighting and archery. She has godly like strength and also speed faster than most gods of speed. She makes her way to Hellifnyo every mortal lifetime.
So around eighty to ninety years, if not one hundred. She plans on staying single unless she finds a man whom can match her abilities and fighting skill. As well as he must be immortal, since she is immortal herself.