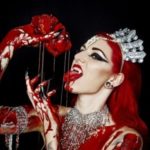 active 3 months ago
-Raises her voice loud enough for those to hear her clearly- Those who are willing to Rp with a dragon tamer whom is possessed, you are more than willing to come find me. View

Man…woman…anything with a soul I can take will do

Within her Realm, demonic elves and angelic elves lived under the same powerful family known as the Zaltarish Family. Her father was apart of the Angelic royal family and her mother, from the Demonic Realm of Royalty. They needed to unite the two realms in order to avoid anymore future wars, which neither side could afford. Thus the first born from the Head Family from both races where wed, becoming Zayna’s Mother and Father. Zayna was the last born child of four, though she was the only female, therefore she was the heir to her Father’s and Mother’s throne. This is so because within both Elven races, females are a rarity. The population is 92% males while the rest females. However once a female is born, they are always gifted with an unnatural power over the ancient beasts…the Dragons. Some with more power over the Dragons than others. Along with this gift, she is also the only one female with both Angelic and Demonic royal blood thanks to her parents bloodline. She possess both powers from the darkness, from the light and the gift to Tame Dragons. Zayna was heir to her parent’s throne, but she did not want it. Due to everyone hating the daughter of the Royal family who posses so much power within her. She rebelled from her family and ran off into the dark forest, it was within those woods did an old ancient mage posse her body through forbidden magic. With Zayna’s body as her own did the Mage return to the dear princess’s home. It only took one night for the Mage to killed Zayna’s entire race and homeland.
Once over the possession spell worn off leaving Zayna stranded within the woods by herself, though she had the memories of her people being killed…and her home. She was filled with so much despair and guilt she didn’t bother to run, she staid among the outskirts of her now burned town, it only took a few nights for a bounty hunter to have killed her for the crimes she did not commit. It was only by chance did she manage to fall in the realm of the Dragons and the High Elders.

They have seen what she could do, with the power she has through her blood. Yes, it was not as strong but with the blood of a True Dragon could she gain life once more and continue her destiny as they would tell her. If she were to agree with their terms she would be revived. Their terms were; Whoever blood she will share with, he/she must stay with her at all times. She must do whatever they want from her if they are in need of something and she cannot at anytime try to revoke her choices. Of choice she chose to agree and she was bounded to Moris Educis, a Dragon of death and the consumption of souls, sleep and fears. Now Zayna is bounded to her dragon and on any planet she was sent to. She were to never die of old age, diseases, or by any mortal’s, or demon weapons, though the Elders did warn her of the one way she can be killed, and that is what she tends to keep with her til her end. She also was allow to enter their realm when ever she pleased, she was also allowed to ask upon more aid from their dragons or person, for she became their Dragon Tamer.

Zayna hand picked some of the dragons she liked the most to take in her travels. There is seven in all;
Zalos, whom is an Ice user. He tends to be quite and reserved.
Ravengale, a very rude, stubborn female who is able to use the Black Flame.
Elayna,  the dragon of the Winter’s Kiss. A rare fire type magic.
Mors Educis, the Death bringer. Whose only appetite is souls of the living.
The babies;

Zyc, a Swamp dragon, who tends to not want to go back to his realm and rather stay with Zayna.
Labros, who took after her mother Elayna, is blessed with the Kiss
Scobis. a rather fat, lovable dragon who’s gluttony is easy to see.

Her powers are all concealed with in a black gem that hangs around her neck.  Though she can not physically remove it herself, no anyone else. Only Moriss can remove it from her neck.

Using the power of the Ancient Language is she able to call upon one or many of her Dragons.

Strength
Durability
Endurance
Flight
Omnilingualism – learning any language comes easily (Only through physical contact once.)
Thermal Resistance
Is able to use any of her Dragon Souls abilities if one of them are Called Upon

Angelic Dragon – Dragons like this are more powerful and have angel-like abilities, while also having the abilities of a dragon. They have an atmosphere of surrealism and ethereal, as their presence is pure, holy, and full of benevolence to its fullest. Thanks to the hybridization, they are rare, more mystical, and supernaturally conditioned.

Vampric Dragon – This gives them a boost in condition and attributes. Creatures like these are strong, may be huge, and has the flight power of a madman, but also can consume blood to make it stronger, can heal very quickly due to its healing factor, and is very quick on the ground and in the aerial zone. They possess a powerful bite that not only is capable of transforming other species, but can also rip/tear their foe into shreds, killing them almost, if not instantly.

Demonic Dragon – These dragons have infernal and demon-like abilities, while also having the standard abilities of a dragon. Thanks to their hybrid nature, they are rare, more mystical and supernaturally conditioned.

Fairy Dragon – This type of dragon are normally small  with a fur covered skin and fairy-like wings (hence the name Fairy Dragon), and eat fruits, root, vegetables and/or insects. Fairy dragons can be powerful if allowed to use their abilities in full, which includes the power to induce confusion and euphoria in foes, and are also specialized in certain magics, which differs among each Fairy Dragon.

Senses
Intelligence
Marksmanship
Healing of catastrophic proportions, though it takes time, does not happen instantly unless it is to be a minor injury to her body.

Manipulation of Elements around her and within the Runes she makes
An arsenal within her Mist; daggers, knives, bows, arrows, guns, ect.
Slight Teleportation due to her Mist ability (Only the Elder’s can send her to Realm to Realm)
Excellent Combat Skills
Mind Manipulation (Only able to do so through the slight bit of eye contact)
Strong Telepathic
Shape-Shifting though it has many stages; Partial, Half, Full Body and then her Full Body Completion which she is still unable to do as of now.
Black Mist; Use for traveling, dodging, defense, offense, attack, even hiding

Her Most prized power she can hold for a short period of time. This gives her the talent and power to handle all Dragon power from her arsenal in the time she is weak.
User with this ability either is or can transform into a Dragon God, either a dragonic being of divine origin or a Deity that is permanently in dragon-like or near-so form. Either way they possess level of power to make them the strongest and most powerful of all dragon-kind and may be worshiped or at least revered by mortals.

Before the Mage and the destruction of her home, she was a very seductive woman. Luring any man or woman to her will even without her mind manipulation trait. Zayna found pure entertainment in toiling with the lower class. She truly took after her mother’s dark ways more than her father’s light. Though she found the dark ways pleasurable, she did not like the idea of bringing meaningless death among one and other without cause.
After the massacre does she now tend to keep to herself as she roams to place to place. Her last contact with any race was over a century ago. Though she plans on changing that since she is starting to fall into insanity from being haunted by the voices of her dead race, the ones she was force to kill with her own hands. Due to this does she at times become depressed and dark. She believes the Dark Mage is still in her mind pushing her to the dark ways of the Elves and awaiting for her next move.

“Madness? What Madness….the only thing I see maddy is how he left me to rout! Now he is going to pay..you see? He will be mine again…even if its just his heart..or corpse…whichever comes first.”

Her once pure soul and personality broke when she lost her only love. After having his children were they happy, no one could destroy this family..that’s what she had thought at one point in time that is. It wasn’t until they both began to become distant with each other both to busy with their own goals.Not knowing what happen, still to this day is her memory a mess only snippets of her pass with him and her old friends come through, but she was alone with the four children…she was confused, alone, left in the dark with four whining children asking where daddy was.She couldn’t take it anymore, the voices outside her mind screaming out why mommy why?!? And the voice inside her head telling her to leave them..to kill them…to just brake…so she did.Leaving the children behind in a home with someone she trusts..the only one she could trust…and left..running from the voices the pain the darkness….the pain..It was all for nothing, it only caught up with her.                                                       The pain was to much
It broke what ever humanity she had left

Leaving only her husk  enacted….

However….she does carry around one secret that no one has yet to here from her and she would only tell one person…and that person would have to be the one to kill her when the time comes.

Zayna’s hair is a rather vivid red that blankets her natural black hair underneath, it lays calmly down her lean back in straight neat strands. Her skin is flawless and the color of Ivory. She was only about 6′ 5, short for her race, but what she did not make up from her height she made up in her thin, yet muscular form. With a quite firm and large chest and behind to make the hourglass figure she held. Her eyes match which ever dragon she was bounded with. Mostly her eyes were silver like a bullet with dark grey, lightning markings within them.She always tended to wear a bikini type outfit, though always white with black embroidery or black with white embroidery along with high thigh black boots and a long hooded cloak to match her outfit. However that was before her death. 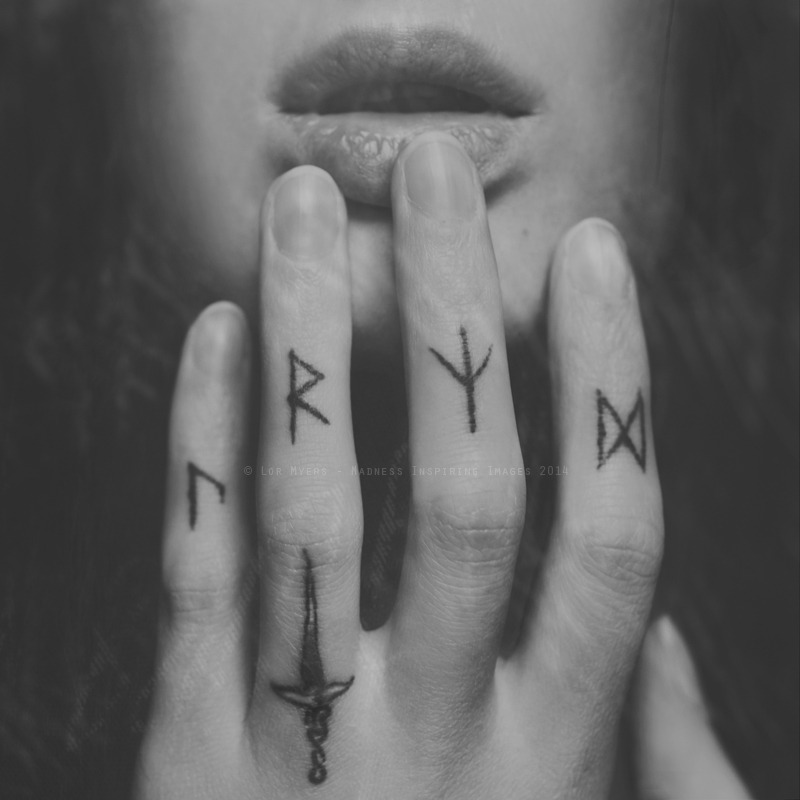 Now she had no need to staying to once certain outfit.Along her Ivory fingers are there Seven Runes, each representing one of her dragons that she has a contract with. Those markings are the color of cream, as like her mother before her had marking throughout her body. Though that cream color would change to a dark blood like color once she had summon one from the gem she hung from around her neck.

Simply her necklace with a rare ancient stone that controls her Tamer abilities, night bow along with arrows made by bones of dragons and a few daggers made from dragon scales.

Only the one that will cause her….her death.

There is no such thing.