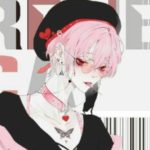 Rowan may be quick to cry, but he can go ice cold just as if he can sense you’re not worth his tears.

single and ready to get nervous around anyone i find attractive

He born in New York, New York. A healthy female. His mother and father had a great relationship. When Rowan was 15 he came out as transgender. His father was very homophobic and wouldn’t let him transition. while his mother supported him. His mother cheated on his father with a vampire from Hellifyno. His dad found out and he and his mother got a divorce. His mother got custody of him and let him transition. Rowan and his mother moved to Hellifyno and now live with the vampire. His stepdad isn’t fond of him and had pressured his own mother into being the same. He is very romantic and is always daydreaming about romantic scenes and longs for a relationship.

Always has a coffee in hand, always a book or laptop.