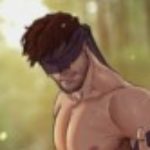 Her blue eyes enthralled me and her fangs almost killed me

Born in a small village known as fellore, which in this universe there are tons of different races humans, lycans, vampires, goblins, witches, Angels, demons, etc. The town of fellore is a human-only village that is superstitious and hates all other races other than human. So when witches were discovered in Felllore, they were burnt on the stake in the town square, my mother was a witch and my father was a human, they were never rich but their love wasn’t about how much money they had, or what family they came from, their love came from true love, which was rare to find or see. As it goes they also made love and I was born and knowing the whole family would be shunned, my mother dropped me off at the doorstep of a human family, this kind family took me in and raised me as their own, since previously they could not have a child, then when I was twelve they finally had a kid of their own. She may have been my half-sister but Merideth and I had a strong bond, and were almost inseparable. When I was fifteen years old, the village had finally found out about my existence the first known witch-human hybrid. They burnt down the house and being witch-human hybrid my dna was a mystery box of random parts from different races, so it was unknown what my supernatural ability would be, until that night. When they burnt the house I had gone into a survival mode stage and transformed into a 7’6 black lycanthrope. In my lycanthrope form, I was an animal, a beast, with no control or conscious. I killed three guards and it was already too late to save my adopted parents, but I saved meridith. We hid in the woods until morning when I reverted back to human form, with no family but each other we loved on the streets, surviving the best we could, I finally got a job as a shoe shiner, then one day coming back to the alleyway we called home, my sister was gone and it was obvious there was a struggle, so from that day I searched for my sister, And now at the age of nineteen I’ve spent years monster hunting and using my lycan form to kill many monsters, I know she is still alive, and with each monster and menace I take down, one step closer I become.

Six steel throwing knives concealed on a belt under my black hoodie.
Various potions from healing to poisons in my small leather travelers backpack.
Three wooden stakes in my backpack.
A silver pair of handcuffs to restrain myself if need be in my backpack.
A magical necklace my biological mother made me in my bag.
A torn piece of cloth my sister had knitted for me before she went missing in my backpack.
A canteen of water attached to my belt.

To save the unsavable