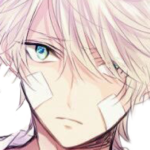 Flight (When using his angel wings)

Baku was born into a family of hunters what did his family hunt well monsters. At a young age, he was taught how to fight and use weapons this would come in handy later on in his life. Growing up he never really had a place to call home seeing that his family moved every two weeks this would cause him slight stress. But it was nothing that he couldn’t handle it would become evident that he was a natural tracker but killing was always hard for him. The reason for that is because of the fact that he hates violence he would rather live a peaceful life. But that is something he would never have the chance to know. Around his sixteenth birthday, he would encounter a fallen angel the conflict would result in the destruction of the angel’s physical body. Causing him to take resident in a part of Baku’s mind this would lead to the development of a second personality. A much more violent personality this change also caused Baku’s right eye to turn gold. Ever since than Baku struggled to keep his newfound powers and emotions under control. Whenever his birthday would come around he would receive more of the fallen angel’s power causing an outburst of anger. This would lead Baku to chain himself to a chair with the fallen angels magic so he would not hurt anybody. This would also lead to Baku developing depression not knowing when he would lash out and hurt someone. He soon started to isolate himself from his loved ones this would not help his mental state but it was the only thing he could think of. Eventually, when he started going on hunts again his methods of dealing with his prey would become crueler. Catching the eye of his father who decided to capitalize on this by letting Baku do whatever he wanted with their prey. This was something his mother tried to stop but to no avail. Around his twentieth birthday, Baku started to become nicer once again but this came with the price of him cutting himself off once again. This was also around the time that he decided to go his own way yet because he has angelic blood he still looked as if he was still sixteen. Now that he is out on his own he decided to hunt for answers about ways that would help him better control his second personality.

Black symbols running up and down his left arm

Silversword with a brown sheath

I miss my family