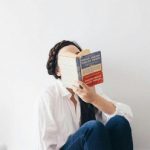 A sad little number that moves in the most beautiful sin.

She’s the trill of a broken piano.

She’s the thrum of an electrifying bass.

Born on December 27th, 1984, the thirty-three year old was star-crossed from the start. Her mother wanted to be an actress, a star, one of those beautiful women on Broadway whose name was lit up in the marquee, but after she’d broken her leg, she couldn’t dance anymore. And Broadway had no place for her. But at least she could live her dream through her daughter.

Acting courses, singing lessons, dancing classes, and then home tutors became Birdie’s life. Named after the main character from her mother’s favourite musical, it was Mother’s intent to make Birdie into the star she never could be. It was during one of her dance classes that they discovered Birdie’s proclivity for ballet, and after that, the acting and singing lessons were gone, replaced by strenuous ballet classes at the New York Ballet Company. From there, she blossomed into a wonderful dancer, a prodigy despite her young age. Mr. Vodkev was a wonderful teacher, and Birdie was very close with him because of her talent, but at the age of sixty-two, he passed away in his sleep, and Cassius, his son, took over as the main instructor.

Mother was a perfectionist. Their home was spotless; everything had its place, and it was so meticulously placed that if someone moved something even a little, Mother would know it. Her clothing was mint, pressed and gleaming and always meticulously put together so her attire was always immaculate.. And her daughter was to be as well. Birdie was to be exemplary, the best at everything she did, flawless in every sense of the word, and so Cassius Vodkev began grooming Birdie, manipulating her to his will and controlling her when she reached the tender age of six, and two years later, when she was eight, he began to molest her.

He would do so to make her know that she was his and his alone, that she would do whatever it was that he commanded to be perfect or he would hurt her in unimaginable ways. What he did to her haunted her in her sleep, woke her up, made her wet the bed, and though her mother knew, she did nothing to stop it because when it started, Birdie became what Lana Conrad could never be: more. She became more than the more than the other dancers, the other girls there at the NYBC. She had a tenderness, a brokenness to her dancing that was both eerie and electrifying. When you saw it, despite the girl being ten years old, you knew she was meant for more.

She was thirteen when he raped her for the first time. Cassius’s carnal need for young, supple flesh was no longer sated by touches. Now when she messed up, it wasn’t his hand that she feared.

It continued throughout her life, and even after her parents died when she was nineteen in a car accident. It stopped for a while, though, when Birdie was twenty-five. She’d been at the New York Ballet Company for twenty years, and she’d become the face of it. They’d just sold out Sleeping Beauty, and Cassius was in his office, ready to celebrate.

But this time, Birdie rose up, defended herself against the tyrant she’d literally been pinned under her entire life. She’d grabbed a pen and stabbed him in the thigh to prevent his vicious attack, and it worked. For two years, he left her be, but when she tried to leave the company, when she tried to leave him, he savagely raped and beat her to the point where she had to be hospitalized, and this time, it came with a bigger consequence, something far more terrifying than any unwanted touch.

Birdie found out she was pregnant a few weeks later, and two months after that, she brutally murdered Cassius in his own home by suffocating him with a plastic bag and choking him with his own belt. A few days after his murder, she’d decided that she couldn’t kill an unborn child, and decided to give the baby up for adoption. She carried the baby to term, but a minor car accident caused her water to break and for her to go into labor. With every intention of giving the baby to the Smith family, she went in for the C-Section.

But on the fringe of her mind, she heard Her cry for the very first time, and something changed inside of her: her heart. 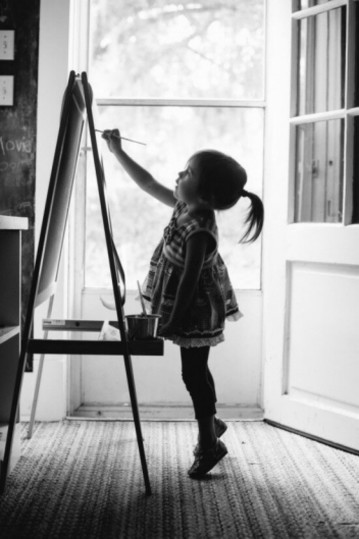 Her name was Hadley.

And she grew roots around her mother’s rib cage and blossomed in her heart. Hadley taught Birdie what love was, real love. Real, unconditional, unbelievable, unwavering love. Love that did not falter and did not end. Hadley taught her not only to love others again, but also to love herself. To Birdie, Hadley was more than just her daughter. She was the most incredible, beautiful, wonderful, wild adventure. She was everything and more to Birdie.

Hadley died in Mount Sinai Hospital on January 1st, 2016 when a drunk driver hit her side of the car on the way to a friend’s house. She left the house around ten, and her mother got the call around eleven that their car had been hit. Birdie went to the hospital, sitting there for an hour, only to find out that her baby girl was pronounced brain dead. And at 12:09, they pulled the plug, and Hadley took her last breath.

It’s been over a year, and yet Birdie still feels her there in the world. Sometimes, she forgets, and idly, she’ll call out her name only to realize that Hadley won’t be answering back. Sometimes, she’ll still find an article of clothing or a toy that Hadley loved and she’ll be right back where she was before her precious girl passed. She still feels her. In the wind, in the sunshine, in the world. Birdie still feels her, but even in her mourning, she looks forward to the new year with light and hope in her eyes, and with the help of a few friends, she knows she’ll be okay.

Birdie is an eerily beautiful woman. Angular features that are somehow softened by the wild mess of ebony curls you can only wish of being tangled up in and speckled by the freckles that map out the constellations of her wondrous facets. Like glints off a diamond’s edge, they shimmer in the sun, dancing on her cheekbones, across her nose like stars. And those dark, russet eyes are eyes that you lose yourself in, a vast ocean that holds you in its tide.

At five foot eight, she bears an impossibly petite waist, willowy arms, legs that go on for miles unseen, smallish breasts, and narrow-ish hips. She prefers to dress in a minimalist style that is classic and timeless: neutral colours and simple designs and patterns, and she typically smells of lilies, wine, strawberry shampoo, and lavender laundry soap.

B is a lover of simple things like soft blankets, hot coffee, old books, rain, pianos, and laughter. Though she has a solemn demeanour when first approached, she is a kind, sweet woman with an inviting smile and a warm heart; she cares very much for other people and will go out of her way to care for those she loves. She is an old soul and a true friend.

The dancer can typically be found at the tavern or inn enjoying a glass of her favorite pinot grigio, her ballet studio on Peachtree Avenue in Olde Watch where she teaches grades K-12, volunteering at a shelter for women suffering domestic abuse, or at her seaside home in Lily, a small town just outside of Persistence.

“Whatever happens—where we go from here—I promise you will not be alone. Come sickness, poverty, or even the entropy of passion that follows inevitably after the patient hand of time itself; we will find our path through the challenges together and discover, or rediscover, ways of being worthy partners in mischief.”

Their friendship-but-more included nobody but them. Their intimate secrets, their moments, stayed with them. They’ve always been just them, just Ysmir and Birdie, no matter what anyone else thought to call their relationship. The labels never mattered and likely never would.. So long as they continued to be just them, a simple, resounding, haunting note in a complicated symphony, a moment of reprieve from the complex world they could return to breathe. He knows her better than most people do, sometimes, perhaps, better than she knows herself; and she knows him, and though he never said a word, it was him who sat in the dark bathroom with her and held her while she cried, petting her wet hairs because he knew, too, what it felt like to bury her. Despite their paths drifting away from the other’s because of his job and her grief, they don’t need words; they never have. They’ve always understood one another through those subtle tells that others easily miss: a flick of a wrist, a flash of a smile, the light in their eyes, the set of their jaws. In January of 2017, the gravity between them finally pulled their orbits closer to one another until they came together as one. In the months since then, three little words have been spoken by both of them, and in July of 2017, they both said ‘I do.’ Neither think the road will be easy, but both agree that they can face anything that comes their way so long as they’re together.

Rules
1) Just because our characters are in a relationship, that doesn’t mean that I want to be in one with you. I’m engaged IRL.
2) No godmodding, text talk, or killing my character in any way, shape, or form without my permission.
3) Speak up about plays you want to change or things you don’t like.
4) OOC is fine by me, buddy, but keep your drama to yourself.
5) Have fun.
Note: If I add, I will start, but I will inform you if I need you to, and vice versa.
Three paragraphs minimum.
Birdie exists in two universes. On Earth and Hellifyno.
Both mun and muse are 18+, please also be.