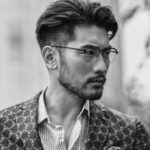 Deus Vis// The energy of the universe; the energy of creation. Deus Vis is the energy that Tennin manipulate after converting Natura Vis. Deus Vis and Natura Vis follow the Law of Conservation of Energy. It can only be seen visually by another Tennin and unseen by any other beings. However, powerful beings can sense it ever so slightly. It exists within a Tennin and occasionally in the outside world due to Natura Vis conversions, making it limitless as long as there’s a source to draw from. Deus Vis can even act independently of the Tennin’s will. It can affect everything, yet is unaffected by anything other than another Tennin. It surrounds the Tennin’s body like a thin film. The speed of the conversion depends on the amount of Natura Vis or Deus Vis. Though the longest it would ever take would be 10 whole minutes to encompass an entire universe if a Tennin’s Regnum is applicable to the it. A different Regnum that is more limited could be even up to 10 times slower than average. This leaves it up to the Tennin to be creative and efficient with their conversions and manipulations. This effectively means that a Tennin has complete domain over their Regnum, but is pretty much unmatched against another Tennin with a more encompassing Regnum.

Regnum// The specific element that makes all Tennin unique from one another and ties directly into the many different Natura Vis. Regnum gives a Tennin full domain over that specific element. For example, the Regnum of water allows the Tennin to have complete control over all the water in the universe in all states. This also means that any object can have an infinite amount of different properties, to be facilitated by the first Tennin to come into contact with it.

Weapon// Tennin are granted a weapon from the Tennin realm that has one unique augmentation. All Tennin weapons are forged by the Tennin blacksmith, Shisa, and all are unique to one another. Should one of these weapons end up out of the owner’s possession, depending on the owner’s will, they can self-destruct or their special augmentation will cease to function. The augmentation can not be restored nor can another augmentation be implemented. If such a situation occurs, a new weapon can be requested from the smith.

Brain// A Tennin’s brain allows them to be aware and control all bodily functions. The neurons and glial cells of a Tennin are many times more abundant than the universe’s most advanced beings. The brain processes information almost the instant that it receives input. After processing, the brain can output directions to the body just as fast. Near-instant is very much faster than light in this particular case. It is through the brain that the Tennin are

Strength// Tennin are able to withstand the gravitational force of the densest known object in the universe, a neutron star. A neutron star has a mass of about 1.4 times the mass of the sun, but is not much bigger than a small city, about fifteen kilometers in radius. A teaspoon of neutron star material would weigh about 10 million tons in relativity to Earth’s gravity. The gravitational field is intense; the escape velocity is about forty percent the speed of light. The escape velocity of a black hole is exactly the speed of light. Escape velocity is the minimum speed required of an object to be dissociated with the gravitational force of a massive body. A Tennin also possesses superhuman flexibility, allowing for versatile evasive maneuvers and escapes.

Endurance// Extremely powerful endurance as a Tennin can survive even the gravitational force of a neutron star, the densest object in the known universe, and is completely unaffected by any form of radiation; able to withstand the temperatures of up to the Planck temperature and the temperatures of just above absolute zero. However, should those temperatures be exceeded, it will heavily injure the Tennin. A Tennin’s mental endurance is impeccable, their mind is impenetrable unless given permission, which is not an easy feat to accomplish.

Regeneration// Able to heal any damage as long as it wasn’t a lethal blow and can heal all organs. The brain and heart take much longer to heal. The cost of this regeneration is time. Keep in mind, the Tennin can survive multiple supernovas concentrated directly in front of them. Their regeneration is also what makes them immortal in the sense of age.

Organ Systems// Tennin have complete control over their own organs. For example, controlling their lungs to expand for more oxygen and their heart so they can consciously increase and decrease heart rate; contains four times as much blood and oxygen as a normal human and also more veins; contains a second heart so that a Tennin has a backup and the location of the heart varies between each Tennin, although most are located in the abdomen. All organs are strong enough to withstand the pressure of a neutron star with some interruption.

Immune System// A Tennin’s body can instantly detect and destroy all foreign material in it; can detect even the smallest anomalies in the body, the slightest changes and will repair the body back to the way it was before the object was implanted; able to cure all forms of poisons and disease instantly and turn them into proteins, calcium, etc. anything the Tennin wants it to be. Tennin can also easily adapt to any of the problems and find compromises within their time of reaction, allowing it to be effectively immune to all poisons and disease.

Stamina// A Tennin can last through any physically taxing activity for as long as their energy will sustain them.  A Tennin’s regeneration is also very helpful in this case. Their physiology manipulation also allows them to utilize respiration and other bodily functions to their highest capability.

Vision// A Tennin can perceive the DNA of any organism within their line of sight. Their vision is effectively 360-degrees due to their other heightened senses. A Tennin’s eyes are capable of perceiving all forms of energy, even spiritual. They even possess the ability to interpret the life energy of anything living, this incites the ability to perceive the astral cord as well. The astral cord being the metaphorical rope that ties one’s soul to their bodies. They are able to see both energy and attack flow (Foresight. The foresight includes being able to calculate the trajectory and force of physical attacks, or even energy-based attacks); can see through solid objects; able to follow light speed due to the sight of energy output and attack flow.

Audition// Hearing is phenomenal; a Tennin can hear any and everything in the known universe as though it was part of the Tennin. Even the most inaudible of sounds, like thoughts, can be heard with enough focus. They can pinpoint, control, and alter what to hear, so no intense pain from sound will ever hurt. A Tennin can hear the muscle and heartbeat of a target, so they always know where the target is; can hear any sound on the earth as well as able to differentiate between each sound instantaneously; can hear even in a place or area that is supposedly soundless or soundproof. This can allow a Tennin to be effectively omniscient.

Tactition//Tennin can pinpoint and control what to feel so that there’d be no intense sensory overload from a touch; can feel anything contained within the surface that he is standing on, even through an earthquake; can feel any form of vibration (energy) in the immediate time.

Olfaction// A Tennin’s sense of smell is virtually the best of all living beings. They are able to sense even the faintest scent at an incalculable distance. As with the hearing and feeling, they are able to pinpoint and control what to smell so that the odor will not overload their senses.

Spatial-Temporal Lock// During incredibly long and intense stints of meditation, a Tennin may temporarily awaken to the ability of existing outside of time and space, effectively allowing them to be immune to time and spatial warping. In this state, they are immortal in terms of age. They can teleport and time travel. They can present themselves visually without physically being there. Lapses in concentration make it so that the Tennin returns back into the material realm.

Biological Manipulation// A Tennin has the ability to transform any part of their body or their whole body to any form they wish to take. This allows them to make identical copies of other people and most beings. They have absolute control over their body’s atomic structure. They can grow into something like the Hulk and even imitate his skin tone with the presence of certain minerals within their bodies or they could imitate a toddler if they so desire. A Tennin’s appearance can always vary.

Claws// Each Tennin has retractable claws on their hands that are variable in length and can assume any appearance the Tennin desires. These claws are indestructible by most means; each claw has insane cutting abilities and can slice through another Tennin with ease; these claws can tear the soul from one’s body, but cannot destroy the soul.

Regnum// Electromagnetic Energy. Takumo can manipulate the electromagnetic energy of anything he is in physical contact with. An application of this could be the very ground that he stands on. The exception to this would be living beings. He can manifest as many non-living objects as he wishes. Through this Regnum, he can heat and cool objects, mold them, turn them into different elements, create and destroy light or even scatter them into the air as mere ions. During battle, he possesses a small layer of electromagnetic energy around his body one millimeter thick that is designed to disintegrate matter that passes through it. Takumo is naturally able to regulate what can pass through the field or not. Takumo could destroy all of Earth’s magnetic field that is above its surface and maintain the lack of a magnetic field indefinitely. The Earth would instantly be sent into a storm of winds with temperatures not seen by the Earth in billions of years.

Weapon// Takumo was granted a katana dubbed “Vanish.” The blade was augmented with the essence of Absolute Destruction. Everything that the blade separates from its source is erased from existence and can not be recovered/healed. For example, the blade was swung at one’s arm and makes contact, everything past the point of contact will be destroyed and wiped from existence, never to regenerate. If it were to destroy a whole being, the world will go on without even a memory of said being. The sheath, which is internally lined with Absolute Creation, suppresses the destructive nature of the blade, making it so that Vanish has a place to be stored without creating a constant vacuum.