A girl that understands me.

I was created by Lucifer several thousand years ago, for two hundred years I was the Devil’s own personal assassin and soul collector. 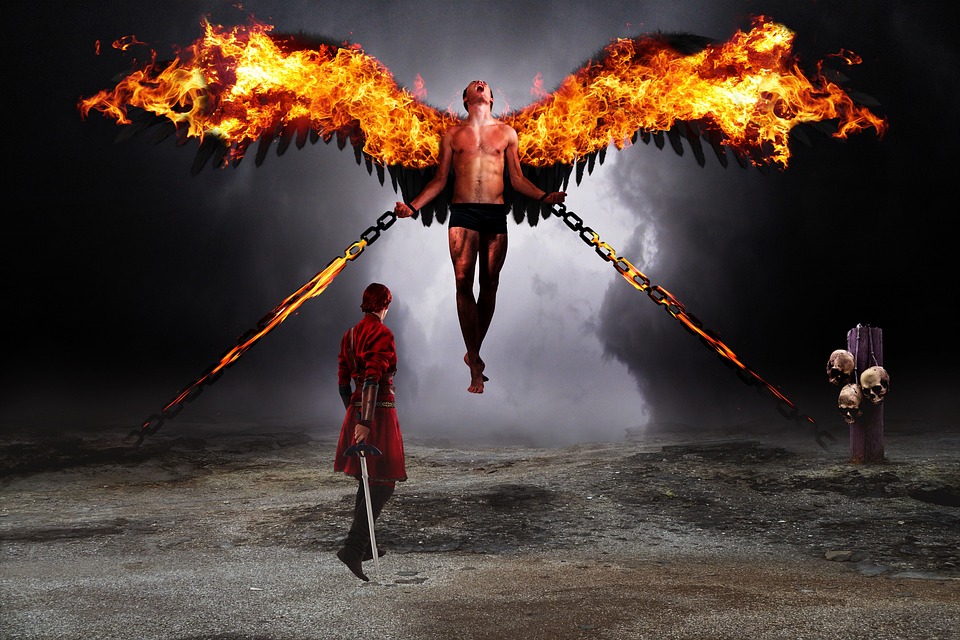 Through those years I killed bad people and some good people. I would take their souls from their body and send them to my father. For years I lived a life of luxury in the depths of hell. I would only have to leave when my father gave me a soul to collect. I had everything I could have wanted except one thing, love. I thought all my life that I could never feel love or compassion because of my stone heart.

My father had sent me another soul to collect. So as I had done for the last several hundred years I left hell and took the form of a random mortal that was dead. 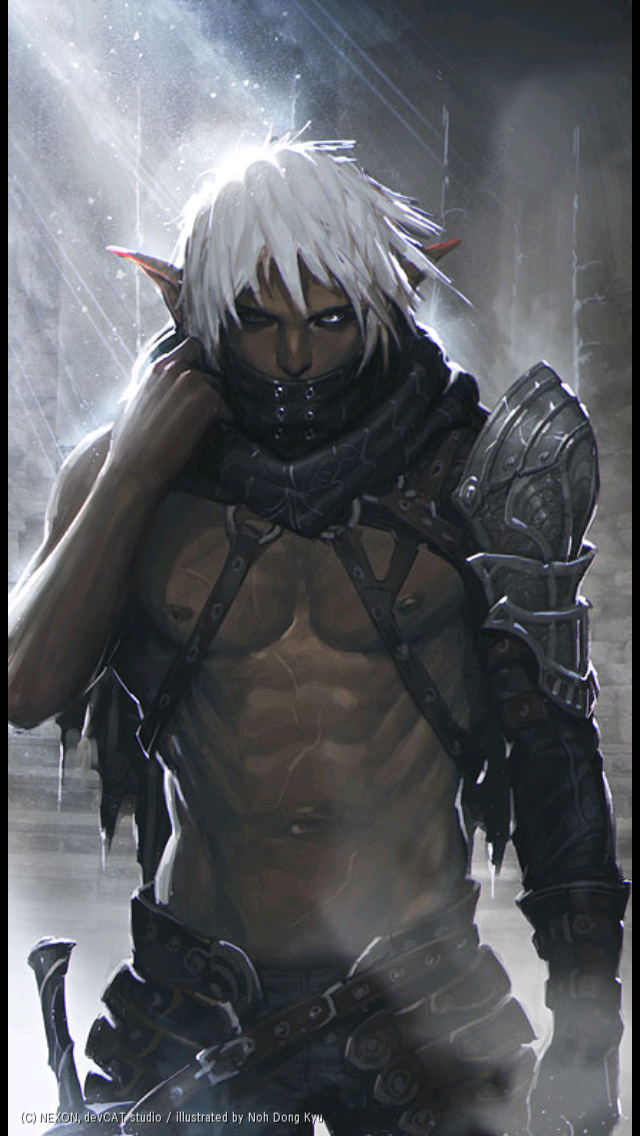 I was sent to kill a man who had sold his soul to my father, after traveling halfway across the kingdom I finally arrived at the home of the man whose soul I was to collect. I knocked on his door and his little girl opened the door, I asked her if her father was home. She called out ¨Father there is a man waiting at the door for you¨ when her father arrived with his wife behind him holding a newborn baby I felt something I never felt before, compassion. I quickly told the man I must have made a mistake and I quickly left.

I quickly took the form of a wood elf and I gave myself the name dusk because the name Tragrath  was obviously the name of a demon.

I took the job as a private assassin because killing people was the only thing I knew how to do. I killed hundreds of people thinking that I had changed but not realizing that I was just going down the same path I had before.

During one of my assassinations I saw a dragonborn man in a black and red hood look at me and smile. After the job was done I looked around for the man until I saw him enter an alleyway. I quietly followed him in but as I turned the corner to enter the alleyway he was gone. I stood there with a look of surprise until I heard a sound behind me and I turned around blades ready to see him standing there 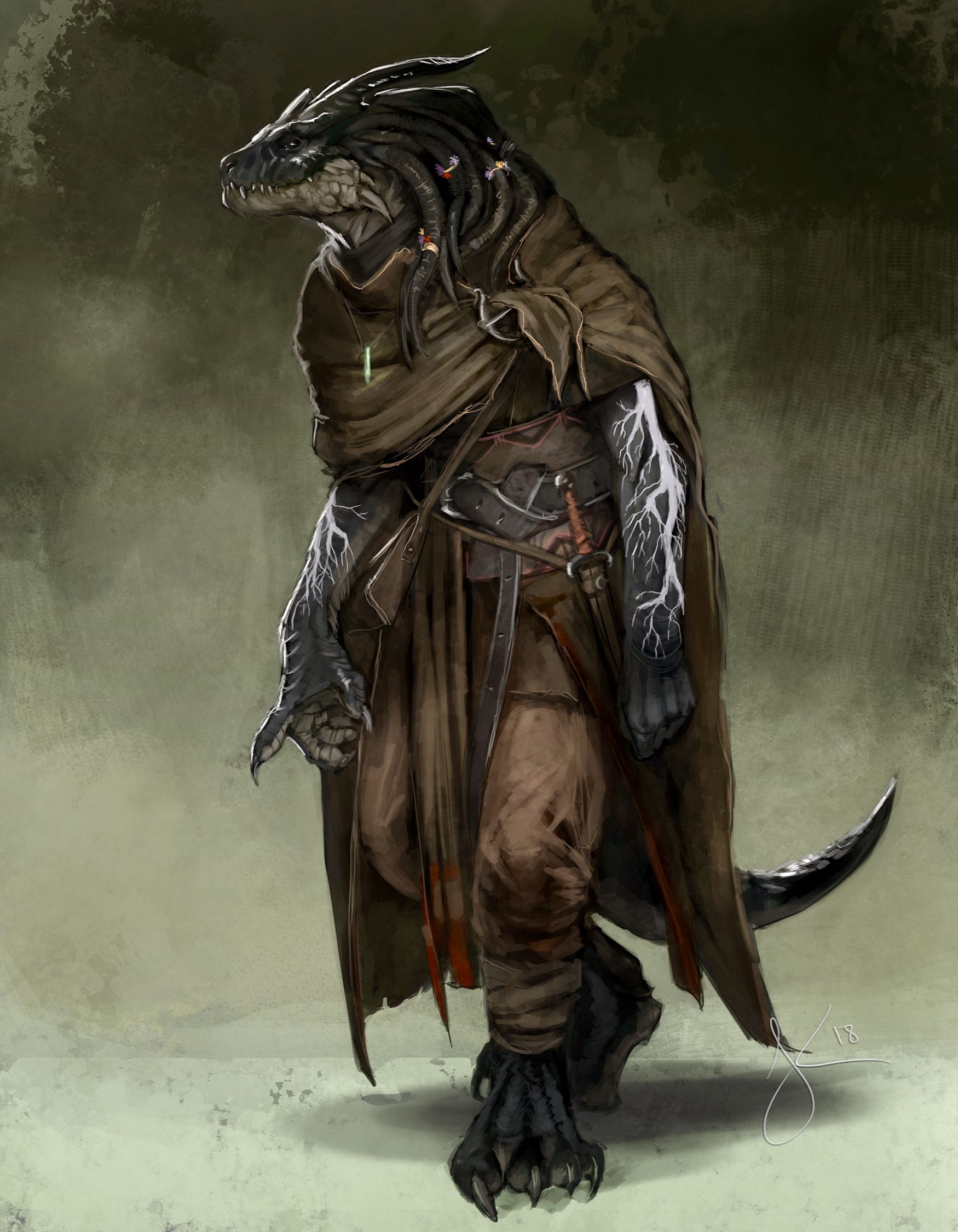 I quickly asked him ¨what is it that you want?¨ He motioned me to follow him, I followed him carefully, keeping an eye on the places that an ambush could be lying in wait. He lead me to a dark cave out in the woods then all of a sudden the cave was bright as the sun, as my eyes adjusted to the bright light I saw figures standing around me in a circle. Then one of them walked to me and explained to me that I had been allowed to join a group of assassins if I chose to. I accepted the offer immediately knowing that having allies would make my job easier.

I been part of the group for several years and had made progress in the ranks to the point that I was sent to take the more dangerous jobs. I had been sent to kill a vampire girl that went by the name of Lexy Shioa, I accepted the job quickly and was on my way to the inn she was supposed to be at, the Red Sun Inn. I had been there several times to meet with people that had a job for me but I never had gotten attached to anybody in the Inn. When I made it to the inn I looked around and saw the girl I had been sent to kill (Sorry to Lexy if this isn´t what you think of your charater) 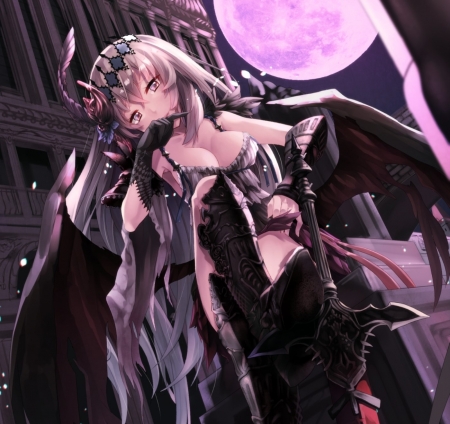 I instantly felt a tightness in my chest, I knew that I needed to kill her if I wanted to finish the job, my mind was telling me do it but my body was saying let her live. I finally walked to her and asked to talk to her in private she was talking with a man that I had already met earlier. Me and her walked into a backroom and that is how I became what I am now.

I had been with Lexy for several weeks and we had relationship that was doing good until I got drunk and I said that I loved her, I did love her but I said I loved her more then I actually did. A day or two later she walked in and was talking to me in a way that made it obvious that something had happened between us. I was scared for my life and then Lexy heard and started asking questions, she figured it out right away and she told me to die. I ran and cried in my own dimension. Eventually I managed to end the problem peacefully. Several days later she said that she was going to stop dating.

I lived a life that was quite pleasant until I was contacted by a man that I really didn’t like. He offered me a place in a group of assassins. I accepted and walked the path for a while, I am still in the group but during one of the days I didn’t have a job I was sitting at the inn and then I saw an angel, I followed her until we were alone, she hid from me, I kept trying to help her understand that I didn’t want to hurt her. Finally she got out of hiding and I showed her that I am a good man and that she had no reason to fear me. I talked to her and discovered that I had quite an attraction to her.

One day she had taken me to her dorm room and we talked for a while until a young girl named moon ran out of a room and leaped up and down in joy, the second I saw her I felt guilt for what I had done several days before, I had seen a picture of this little girl in the pocket of a man I had been sent to kill. I waited until the little girl left the room until I told Starshine what I had done. I explained that I didn’t know that he had been her ex, that was the immediate end of our relationship. I had spent some time in the inn until a young girl named Eleven came up to me and started talking to me I found out that she was my niece and that she had magic just like me except different. I tried to teach her but she was so resistant to my help that I eventually gave up. I now sit in the inn looking for someone to talk to, hoping that someone might be the right one for me.

Chapter 9 : The relationship that saves the lamia

One of the days that I was sitting in the inn I started to feel tired, so I proceeded to shape-shift into a red cobra, I had been laying on a chair coiled up until I noticed a lamia girl looking at me and trying not to be noticed. After several times of her looking at me I decided to go to her and introduce myself. I found out after a short amount of time that she was the last of her kind. I was talking to the last of the lamia.

Eventually she must have gotten enough trust for me that she told me her reason for talking to me she was looking for a demon that could make her immortal. Little did she know that I was demon. I admitted to my demonic form and offered her immortality, she quickly accepted the offer despite my warnings that she would live forever and see the mortals around her die. She even offered to be mine in a more loving way. I felt a feeling of love for her so when she said the oath to become my servant I only told her to say the part of the oath that would connect life force to mine and give her the same power I did.

After the ritual she told me she wanted to bring the species of the Lamia out of near extinction. She asked me to be her mate, I was very uncertain about it for a moment but then I realised how much I felt for her, so I agreed to be her mate. After a little while I was talking to her and she said yes master, her calling me master just made me uncomfortable, I asked her to not to call me her master and that she was my mate but that she was mine,  and that she still had her free will. She responded saying “What if I want to be owned by you?”, I simply couldn’t think of a response that would not make her feel like my possession so I told her I would treat her with the respect she deserved.

One of the days that I was speaking to my sister Zentha through my book of connection, she told me she had finally found me and that she was coming to the inn to pay me a visit. I did not want to see her ever again after what she had done to me when I was only five hundred years old. She had taken my blood and sold it so she could buy more booz. I hated her and considered killing her in her sleep, but then I remembered that most of the time she wasn’t even at home. I eventually rejected her and my adoptive parents and struck out on my own, I joined a group of assassins that called themselves the blades.

But in the present she had arrived at the inn, I was with my girlfriend Lilli at the time and I really didn’t want to have to leave so I created a clone of myself to go to the inn and deal with her I did not have control over the clone but everything it did was engraved in my mind like memories. In the end my sister ran out of the inn from embarrassment.

A day earlier I had fought a group of freaks that threatened my girlfriend Lilli. I did what any good boyfriend would do and I defended her, I slaughtered several of them, it was obviously enough to show the other freaks that they would die if they chose to stay so they quickly ran. Instantly after the fight the Shadow Glaive showed up and arrived to see that the threat had already been dealt with. The day after that I was approached by someone who offered me a place in the Alliance, meaning that I would be allies with the Cybren. I instantly accepted the offer, I now realise that the Cybren are not so bad, they seem bad on the outside but they only want the right thing.

people will find their true love.