Once long ago there was a man.  He who had faced every challenge presented to him with a head held high.  Never to retreat or fall.  Gifted with martial might,  blessed by the magic of his Goddess,  and driven by a desire to protect.  Till his hair had faded to snowy gray, muscles sagged with the coming of age he had fought.  In the twilight years of life when most settled he ushered in those that would replace him intent on finally finding som peace, or so is how the story should have ended.

In a hail of fire and brimstone the world came crashing down around him.  Everything he had fought hard to protect reduced to ash in a matter of minutes.  Saved by the whims of the Goddess he had served so long he watched as the world around him burned to the ground.  Unable to save the world itself the Goddess instead chose to save her champion. Knowing she both robbed him of a happy life, as well as the knowledge that even in his old age he would be forced to watch everyone he knew die.  With the last of her strength she gave him one final blessing, before casting his soul into the void. Where he champion could be born again, free from the world of conflict, and hopefully earn some well deserved rest.

Time passed and the soul found a place to call home.  Reborn as a simple farmer’s son the champion was given a chance at peace.  Yet wishful thinking was all that dream would ever be.  Showing talent for the ways of war he was quickly sold off to a mercenary group to help pay for the floundering farm.  One again the champion found himself living a life of battle.  Training gave way to skills of a life that was meant to be abandoned.  Before long the reborn champion found a place within the company.  A resident monster slayer.

Time brought fame fame and fortune.  Where he could bask in the glow of being a hero once more.  Stronger then he had ever been,  faster and quick to heal.  It was not till he faced his first challenge in the form of an elderly woman that brought new meaning to his life.  Full sure of himself he was the man knew nothing of what had come before just that his strength seemed a blessing.  Matched against a foe of skill he was met with death.  Or as close as one such as him could come.  The blessing came to pass as he laying dying on her manor floor.  Awaking him to the former life he held.  The soul fully restored to it’s former glory he rose to fight once more.  He would never know what fully stayed his hand that day. But their battle ended in a draw and each set out on their own path.

As the years passed he continued his life as a mercenary.  Yet he never felt fulfilled.  As he knew this life was meant to be a peaceful one.  Though a hero’s work is never finished.  Unable to ignore the plight of those about him his life continued as it always would.  Aiding those in need while thinking nothing of his own life.  Before he knew it his hair had turned gray,  fingers were callouses from long hours working and his skin like leather from the days in the sun.  He had all he could ever truly want.  A place to call his own.  Enough money from felling monsters to live a comfortable life.  It may have not been the peaceful life that the goddess had intended for him.  However it was his life,  one that he had forged with his own two hands.  One that he could find his own form of peace in. 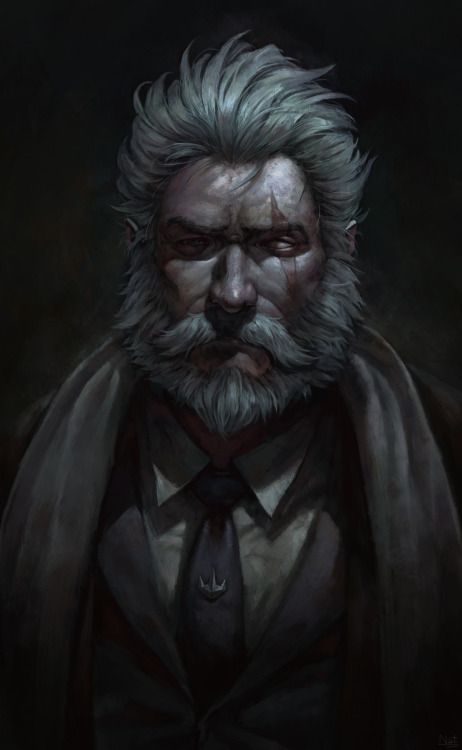 Age- Physically in his mid to late 40’s.  Appearances are deceiving however.

Often carries a travel pouch with rations, rope and other necessities for the road.

Locked in the past.  Buried with my former life.

There are many forms of strength. One must be versed in many of them to be a true hero.