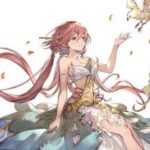 Queens Protection: This ability allows her to manipulate nature for any reason such as protection and rejuvenation of the forest. However, should this ability be used too much Zelena will become weak and suffer from extreme fatigue.

Death’s Door: Zelena can cast anyone or anything into an endless void of death. Once trapped inside you will experience every death fathomable until the end of time. Although the caster pays a price for however many lives she consumes.

Healing Hands: She can heal anyone so long as the injury isn’t completely fatal.

Amnesia: This ability allows Zelena to erase any one part of the victim’s memory but it is not impossible for the memory to return.

Hilucinary Forest: This spell can be cast on one individual or a group of up to five people. It causes the person that the spell was cast on to hallucinate that they are moving but everything is the same as though they are in the same place.

Summoners Key: This spell allows Zelena to summon any animal, spirit, or Fey creature to her. It also allows her to summon anything with a deep connection to her.

Sometimes as I try to look back, my memories are covered in fog, but I suppose that’s expected when you’ve been alive for so long that it’s become difficult to recall your exact age. However, I’m not here to share everything that’s happened in my life, only the important parts. Now, let’s take a look at the very beginning, the day I was born. The people of Avalon were all pleased to hear of the pregnancy of Queen Titania so naturally the day I was born a celebration was held in my honor. After all, I was the child that no one thought would ever have been born, I mean think about it, if Fey and Elves don’t die, so why would you need an heir to the Avalon throne? It’s simple really, I was born for political reasons and that was all. My parents didn’t want or love me, but still, they had to raise me to be the perfect leader who would soon take the title of Queen of Avalon.

Many people who are ignorant of our world and its rules assume that everything is all sunshine and rainbows, but this is far from the truth. My parents hate each other with a burning passion and their harsh way of raising me is something that has changed me forever. My Father would abuse me in all sorts of fashions as discipline, whereas my Mother would whip me with a cursed Dragon Whip. My Father and Mother both taught me very different things, but both melted together and turned me into a perfectly fashioned Queen. I was an unbreakable warrior and a leader whose faith and values would never waver. I was what they called a perfect weapon. They raised me to be the Queen who would conquer the worlds, but little did they know I had other plans for myself.

You see, every now and then I’d get sent away for twenty years to be trained by masters of different elements, weapons, and techniques. Now, I know twenty years sounds like a lot, but to creatures who don’t die of age, it feels like no time at all. So, on the night I was traveling home from my years of training in the SkyTree Mountains, I decided to flee to the human world. One might assume this is easy, but in fact, it’s one of the hardest things to do, though, we will save my great tale of escape for another time. Once I got to the human world I wasn’t sure what to do, but I knew I had to get in tune with the Fey on Earth, and that’s exactly what I did, for a long time I traveled all the way around the world many times over, I discovered many new things and made unbreakable bonds with friends I will never forget. But now, I reside in a quiet little treehouse inside one of the most beautiful forests in the world.