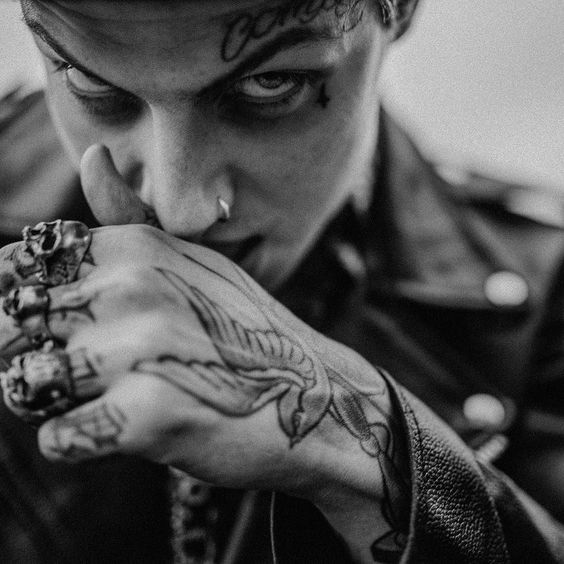 Author’s Note: Please be mindful that this is an 18+ content page. Meaning that there will be mature content woven into any writing we may stumble across. If you are not of legal, consenting 18+ age, please move along.

I was born with an insatiable appetite for self destruction…

An anomaly, Maere is considered to be an ‘evil spirit’ or ‘goblin’ in German and Slavanic folklore. A creature that rides the chests of its victims as they sleep, inducing ‘ominous’ dreams and in most cases nightmares. The name ‘Maere’ means Nightmare in Old English, one of the earliest recorded forms of the English language. As true to his name, this nightmarish sentient thrives on the invasion of his sleeping victims. Though being far too large, he doesn’t quite manage to fit the description of an evil spirit or goblin that, as described in written folklore, as riding his victims chests.

Maere spends most of his days actively participating in self destructive behaviours. This might include going for long drives late a night to find comfort in the arms of a conquest, getting blind drunk, or copious amounts of drugs. Injectables never really interested him. His personality doesn’t always reflect these behavious however.

None at the moment 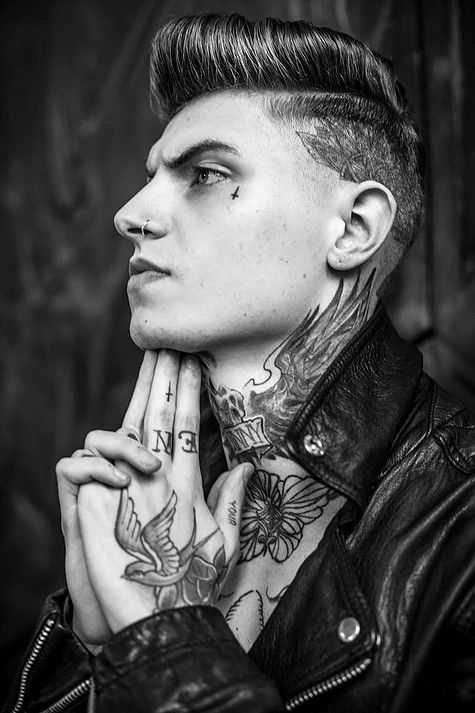 ‘It’s complicated,’ He paused, turning away.

His relationships are complicated. Twisted tales of heroism, betrayal, love and loss. But then, isn’t all the great stories made from such?

Maere loves his mother. Would do anything to protect her at all cost. In short, he’s a mama’s boy. His relationship with his father is a little different. He loves his old man, but he also harbors a deep hatred for him too. It’s like that saying, “In a fight, they’re lethal. Around each other, they melt”. That was his parents to the T. He loathed his father for wanting him to follow in the old man’s footsteps. But for a lesser demon like Maere, a conjurer of nightmares and sleep paralysis, there’s more to him than just torturing those welcomed through the Gates and into eternal damnation.

She was an angel craving chaos. He was a demon seeking peace.

Kaephir brought light to a world consumed by darkness. Her arrival on earth was greeted with hesitation and uncertainty, and yet it was in this chaotic environment that she was truly able to experience mortality at its best. It wasn’t until she crossed paths would her world inevitably turn upside down. In the nightmare demon she found her home away from home. Maere would become her safety net, and she became his lifeline to this world. Acquaintances turned lovers, Maere never expected he’d find himself falling head over heels. And for an angel! Who knew. However, just as fate had brought them together, fate would also tear them apart. Kaephir was recalled home back to Heaven, but her refusal to do so then led to her father sending Angelic guardians to drag her back against her will. 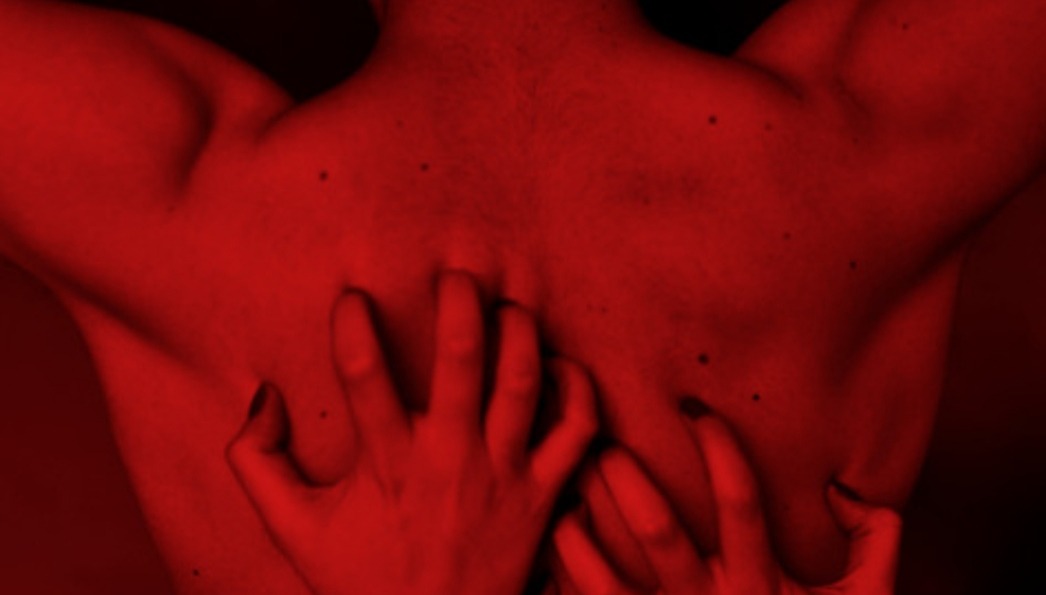 “You fucked me so good, I almost said I love you.” – Lana Del Rey 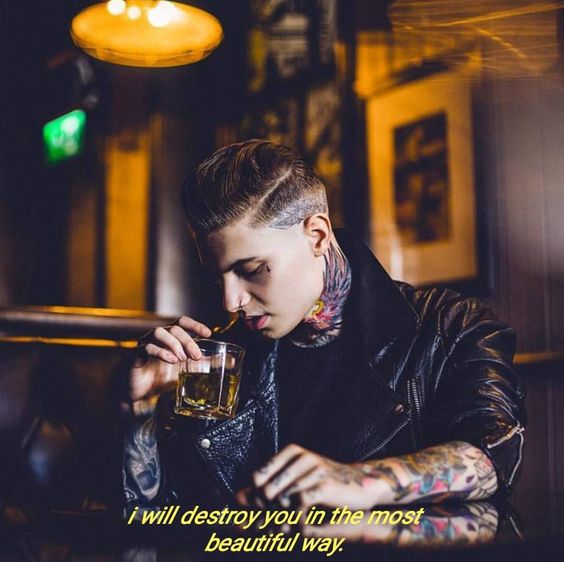 Physical Appearance: He’s of average height, not too tall and not too short. Roughly 6’5 tall, 280lbs of mostly muscle mass, dark bangs, eyes that – for the most part – are obsidian black, but he has been known to shift between exotic brown and devilish red. His skin is lightly bronzed and covered in intricate inkwork (his favorite being the Cthulhu-elephant piece adorning his upper-torso/collarbone region). Sometimes, if you look hard enough, the leathery demon wings on his back sometimes come alive, like they’re breathing. It’s super cool.

Clothing: Aside from his casual wear, the usual: jeans or black slacks, long-sleeve collared button-down shirts, his favorite leather jacket, a couple of super comfortable hoodies (that his late night conquests keep stealing), Maere enjoys sharp black suits and polished leather loafers. Playing dress ups is also fun as he doesn’t mind climbing into a onesie and chilling out on the sofa. 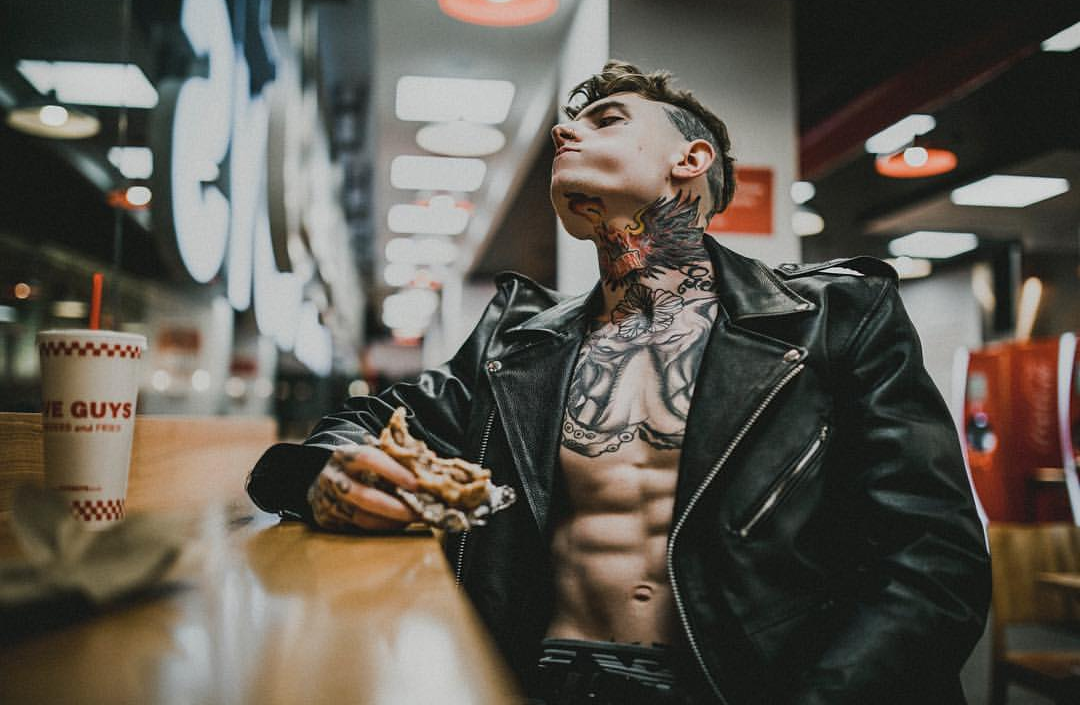 He likes food, physical activity, and terrorizing the locals.

My bisexuality is none of your concern unless we’re fucking.