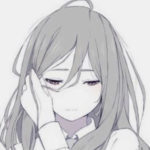 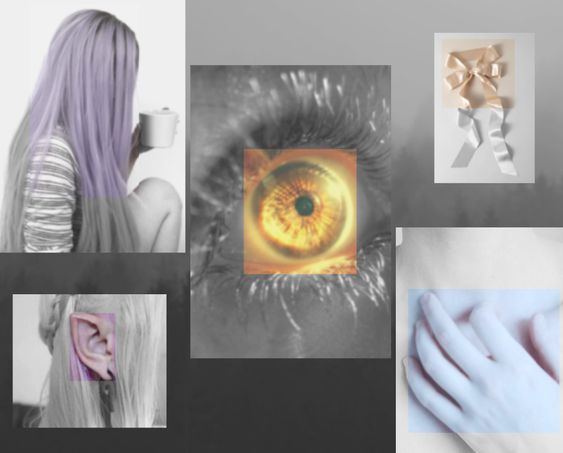 Species– Brownie (A type of faerie/fae) and Banshee.

Age– Infinity but appears to be in early 20s

Origin– A home, somewhere off in the distance.

Personality– Blunt. Nothing really angers or agitates her. Peaceful, tries to be at least. Somewhat playful and motherly. But at the same time, secretive and somewhat envious. 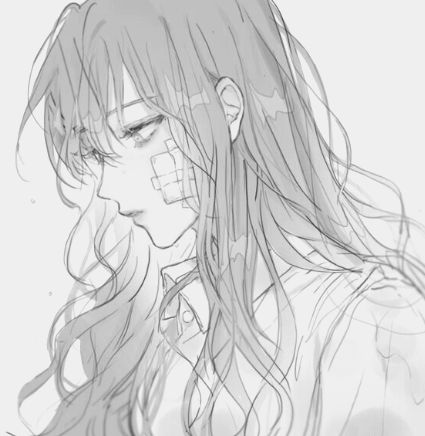 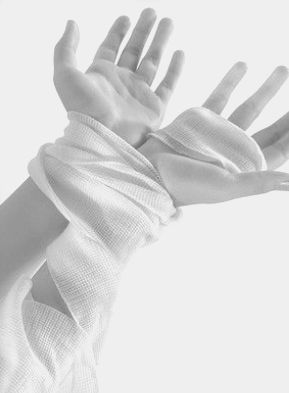 Other– Has 1 other eye on her palm. Ribbons of all colors are wrapped around her hand and arm, a space left weak for the eye to break through when it wants. The other arm/hand being covered in an off-white bandage.

I am nothing more than a housekeeper. While the masters are out, I stay and take care of the place. I know more than you think, even though I can’t speak to you. I can’t speak to humans, I can’t really speak to anything but other brownies. There are few that understand me, or hear me. They can’t see me. Unless they are a sleigh beggy, someone who can see, and use our magic to their advantage. Or another type of magic user, that’s why most are able to see me now. But, I’m nothing more than a maid to those that do.. “Aren’t I?”

I was called Bow Eye. When I was done with working, I’d tie a small ribbon into a bow and placed it one the pillow on their beds, each in their favorite color. Others would flip plates over, so they were upside down instead. It was a small prank, we found it fun. Not everyone did.

My human died, illness. I warned her. I screamed and called for her, she didn’t listen. No one ever does until its too late. Her house was left abandoned. My kind can’t leave, or live without at least one member of the family still alive. We change without someone to take care of. The house was mine, but I felt grief and guilt, like I didn’t deserve it.

Did I do something wrong? We’re my tiny pranks too much for them? Her husband died not long after. Again. He didn’t listen. Her kids moved and soon followed after. I warned them, I warned them all. But my kind aren’t meant to be seen by non-magic users. They never saw me. They never heard me. I was alone again. No owner, no one wanted to buy the house.

I was trapped there for a while. Most would grow dark with sick intents. They would kill and hurt others that stepped foot into their homes. Forcing them to stay there, never letting them leave. Forcing them to clean and do other things brownies wouldn’t. They’d grow tired of having no one to hurt with their messed up pranks, and would even try to leave. Ending with them being harmed or completely changed from the inside out.

I didn’t. I stayed there. Dusting and cleaning what was left in the house. And after I was done, I’d sit near the fireplace, watching the door. Waiting for them to come back. They never did. They didn’t care enough to come back.

But one day, someone showed up. They were a mage, or alchemist. They could see me. They could hear me, and my cries of death. They helped me. They freed me. But now, I feel lost. I feel like I have no home. No place to go. “Is… this feeling of being lost… what you would call freedom?”

Hair- Wavy, lavender hair that reaches her waist.
Eyes- Pale yellow with hints of orange
Skin- A very light baby blue, almost white.
Ears- Pointy, like an elf.
Height- 5’5 – 5’6
Other- Has 1 other eye on her palm. Ribbons of all colors are wrapped around her hand and arm, a space left weak for the eye to break through when it wants. The other arm/hand being covered in an off-white bandage.

Clothes (Typically)- Black high low dress with a second lace layer over the skirt, with lace bell sleeves. Light gold ribbons at the edge of the lace on both sleeves and dress. It nearly tied into a large bow on the back. Black combat type boots with black socks that have two gold strips.

Different types of ribbon and string. And anything else she would need.

Helpers-
The ends of the ribbons (from her dress and arms) will stretch out, moving around sort of like tentacles in a way. They can grab and carry stuff, and help her when needed.

The third eye is typically a metaphor, or actually in the middle of the forehead. For some, it’s the symbol for wisdom, protection, warning, or death, as well as many others. Death would be what it means for her. It shows her what, who, and when someone will die. Maybe it’s because she’s a banshee? It warns her of someone’s death, much like a banshee screaming in your face would. But it’s just less obvious to others than the screaming.

Everyone needs help at some point,