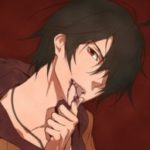 Timothy is ghoulspawn, the child of two vampiric thralls.

– Decelerated Aging: Timothy’s body naturally ages slower than usual, at a rate of about one year per five human years. Having absorbed the power of the Pale Ancient, this has decelerated further to the point of growth rate being irrelevant.

– Peak Human Condition: As a result of Timothy’s body’s auto-maintenance, it is at the pinnacle of its functionality.

Potence (level 1). Potence is a Discipline that endows vampires with physical vigor and preternatural strength. Vampires with the Potence Discipline possess physical prowess beyond mortal bounds.

– Enhanced Strength (x2): The user is twice as strong as a peak human.

Celerity (level 8). Celerity is a Discipline that grants vampires supernatural quickness and reflexes.

– Enhanced Speed (x10): The user is ten times as fast as a peak human before activating their Advanced Celerity powers.

– Flawless Parry: The user makes perfect defensive motions at the expense of taking no other action
– Precision: The user enters a trance where they can operate with exceptionally fine manipulation

Fortitude (level 2). Fortitude is a Discipline that grants Kindred unearthly toughness, even to the point of resisting fire and sunlight.

– Enhanced Durability (x4). The user is four times as durable as a peak human.

– Heightened Senses: The user may raise one of their five senses to a superhuman level.
– Ancestors’ Vigilance: The user is able to see spirits and ghosts while their senses are heightened.

Animalism (level 2). Animalism is a Discipline that brings the vampire closer to their animalistic nature. This not only allows them to communicate with and gain dominance over creatures of nature, but gives them influence over the Beast itself.

– Feral Speech/Feral Whispers: The user may speak telepathically with an animal whose eyes they meet.

– Beckoning: The user may summon animals of a particular type to them.

Vicissitude (level 4). Vicissitude is the trademark Discipline of Clan Tzimisce. It is widely known as their art of flesh and bone shaping.

– Malleable Visage: A vampire with this power may alter his or her bodily parameters: height, build, voice, facial features, and skin tone, among other things. Such changes are cosmetic and minor in scope.
– Fleshcraft: The user may alter muscle, fat, and cartilage

– Horrid Form: The user may transform into the war-form zulo, a transformation that takes about 10 seconds to complete. In this form, the used is eight feet tall and possessed of monstrous strength, speed and durability, even without the use of one’s other Disciplines.

Building Creation: Timothy can make fully-staffed and stocked McDragonald’s restaurants rise out of the ground.

Consumption Healing: Timothy can heal and bring himself back to peak condition by eating one McDragonald’s menu item.

Multipresence: Timothy is able to be present within any and all McDragonald’s buildings at once.

Personal Domain: While inside a McDragonald’s building, Timothy has absolute power.

A vampiress. You'd think I'd have learned by now…

Thirty years old, and I still look like a damn kid. Go figure.

Besides that, growing up in Consequence was pretty normal, insofar as normality goes on this crazy planet. Didn’t come from affluence, and never really aimed for it. Was a paperboy, back when that was a thing. Now people have phones, and superphones, and megaphones, and telepathic chips and whatnot. Don’t mean to be the ‘back in my day’ guy, but it was easier to find work back then.

I worked a lot. Cleaning jobs at low-end restaurants, scrubbing out toilets for practically nothing. Still, I wasn’t on the street, and it was better than nothing. I always found I needed to eat… less than other people. I could go days, or even weeks without food and feel no discomfort at all. Not having to go grocery shopping regularly was convenient for both me and my wallet, and at the tender age of eighteen, I had enough money to leave my shitty flatting situation and get an apartment of my own. It was about that time as well that I started working at McDragonald’s; no grand establishment, but it sort of became a second home for me.

Unfortunately, it was also around this time that I met Azhar.

This shady fucking guy, in a trenchcoat and sunglasses, appeared in my flat in the middle of the night, sitting on my swivel chair, popping my bubble wrap. If Consequence had anything approaching a reliable police force, I would’ve called them. And then, I shit you not, this guy asks me if I want to learn how to take bullets without flinching, fold steel bars like aluminum foil, and outrun jet planes.

In a city like Consequence? Hell yes, I wanted those skills. Despite my better judgement, I said sure. And so, my dubious journey into the world of vampires began.

Everyone knows about the vampires of Consequence. About the noble houses, about that blond bastard in the fancy car who pulls up at the Blue Moon to hunt every now and then. About Augustus Giovanni, the Cainite Prince of Consequence. You hear about these people, like you hear about the monsters under your bed. You never imagine you’ll get dragged into that world, unless it’s a Caitiff dragging you into an alley to mug and drain you.

At the time, I didn’t know what it meant for a vampire to be labeled as an Elder. Now I do, and while part of me deeply regrets not learning more about my mentor and martial arts instructor, I’m mostly thankful. In general, the less you know about Elder vampires, the safer you are. In any case, my years learning under Azhar were surprisingly uneventful. He taught me extremely basic vampire etiquette and terminology – most of which I quickly forgot – and that was it for the formalities. The rest of our time together was focused on what he’d promised me: learning how to fight. And man, did I learn to fight.

The first few years were spent on basic martial arts techniques, centering around efficiency and getting the job done. As is customary with these things, we advanced into more complicated techniques, but it didn’t stop there. Azhar showed me a set of abilities that apparently only vampires and their kin could learn, called Disciplines. These could be anything from supernatural strength, to reading minds, to blood magic. It all seemed so strange and esoteric, especially the idea that I could learn it, but he reassured me that I could. He taught me the very basics of the Potence and Fortitude Disciplines, but there was one thing he focused on more than anything else. In the end, he had me build my entire fighting style around this ability.

Celerity, he called it. The Discipline that allowed its users to move at supernatural speeds, without worrying about tedious things like air resistance, friction and, at higher levels, physics in general. Disciplines – and, as it turns out, most magics – tend to do that when they get strong enough. Azhar made me learn Celerity like a priest forcing scripture onto someone. I’m not bragging when I say that I mastered that ability, to the level that, by the end, I could keep up with him – an Elder vampire – during our sparring matches, and even outlast him.

I learned that I was something called a revenant, a kind of ghoul normally bred for war by a sinister clan of flesh-shaping vampires, and kept as their slaves or pets. Apparently I’ve inherited that ability from them, but somehow avoided their clutches altogether. Or so it seemed.

After ten years of grueling training, all while I was balancing my day job at McDragonald’s, Azhar deemed me ready to step into the underworld of Consequence, giving me a reference letter and the address of a small but respected Cainite family. It was to be my first – and last – stint as an errand boy in vampiric society.

Me, after a particularly trying day at work.

Tim is about 5’8, with a slim build. He usually wears jeans and a hoodie or raincoat with a torn-off sleeve. He has shaggy dark brown hair and ruddy brown eyes. 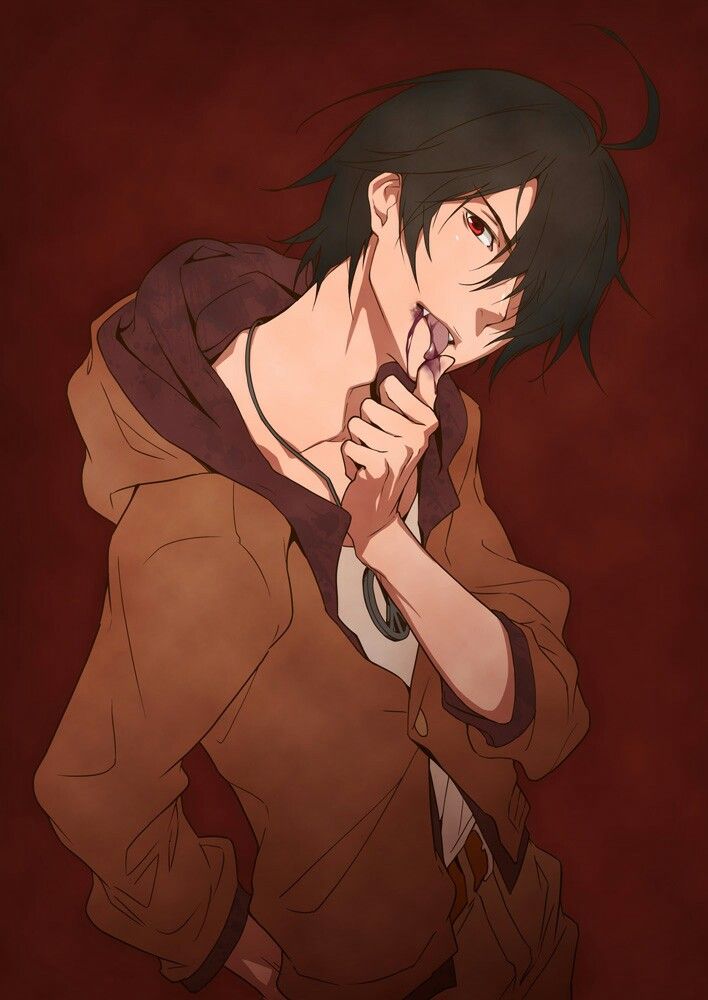 in striving for decency.