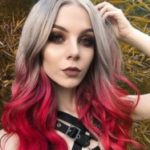 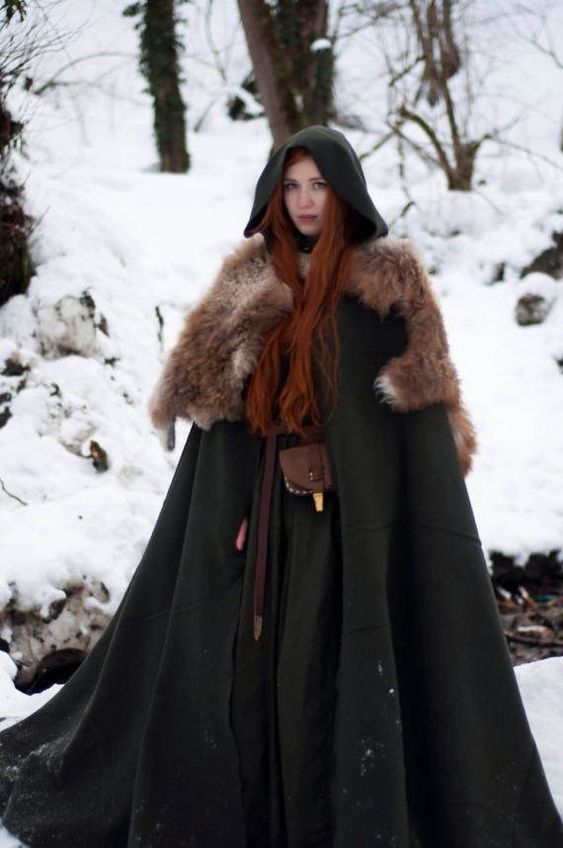 Scarlett Welsh, woman of mystery. Bringer of secret. Witch of mischief. Those are just a few names given to the Irish necromancer. Cailleach an bháis, the witch of death. Feared throughout the many realms, Scarlett was a force to be rivaled. She was confident, sexy, dangerous, but not when she was born in 1500 A.D. Not when she was growing up no. Not until her father was killed, and her mother took her own life. You see in the ancient irish city of Adare there was a  bad economy, much sickness and it was not a good time for the city, but still they survived. That is until they went to war with a neighboring kingdom, and her father, King Fial, decided to press the war to the other city. He was killed in battle. Overcome with grief, her mother Genevieve took her life a month later. Angry, desperate, and afraid she would be taken from her home to be married, Scarlett turned to the only thing she thought she thought she could, Magic. The woman, seventeen at the time traveled far from home in search of a witch, whose only known name cailleach an athraithe, witch of change. She sought a way to bring her late mother and father back. She underwent harsh climate, rabid animals, hunger, sickness, and yet still she plunged on. People all over began to wonder who the mysterious woman with kind eyes and a mysterious cloak was. Soon news got back to the new king, Masival, that Scarlett, his betrothed had been spotted in numerous cities, and he began to plot her course. 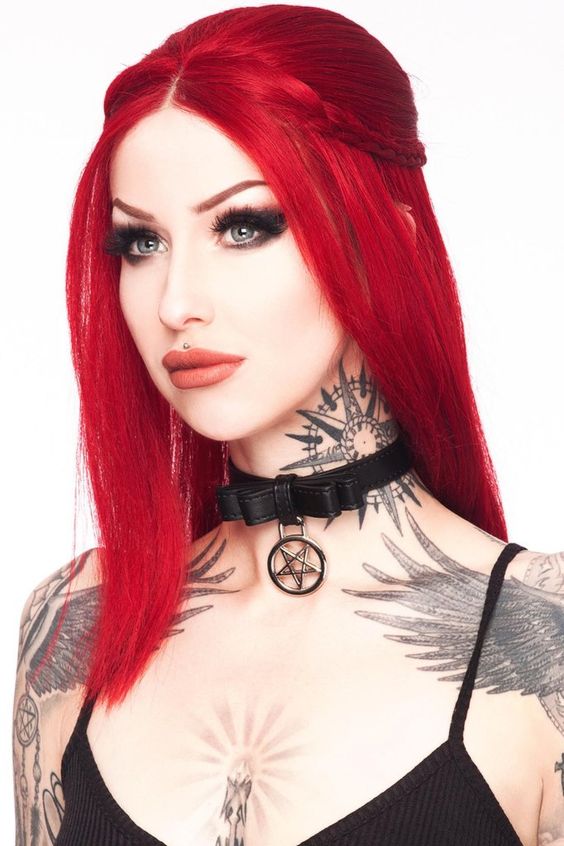 The course itself was predictable, and in a small forest, the kings’ men intercepted her. There was a glorious fight for the supposed to be queen, and in it, she was badly injured. Backed in a corner, the remaining men surrounding her, she began to pray to the with of change desperately. Just as a man raced forward to chain her, a  black wolf, with crimson eyes leaped from the cliff she’d accidently backed herself into, and attacked the men ferally. Snarls and cries filled the air, as Scarletts green eyes trained on the men as they suffered. Horrified, she stared and stared, paralyzed by fear as the wolf turned its blood red eyes on her. She cried out, and began to cry as it stalked towards her, and shakily drew a knife. But the wolf merely sat in front of her, and raised its head, howling to the sky. A triumphant howl. That of a hunter who’d found its quarry. Confused she watched the wolf for a good half an hour, neither moving a muscle. And then she heard it. A terrible laughter, so malicious, so terrifying. And then the wolf began to change. Until a white haired woman stood in front of her, a sneer on her beautiful face. 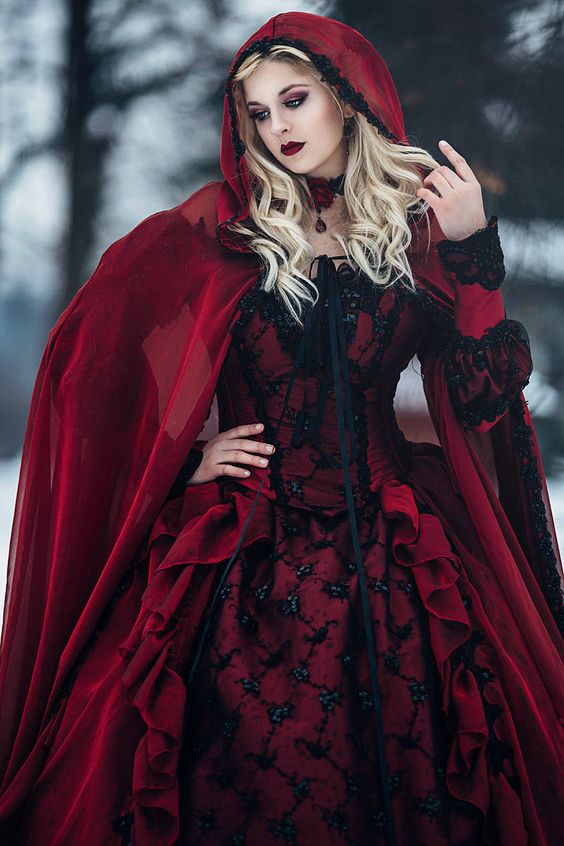 Scarlett Welsh.” She had spoke, her voice raw power. “You have gone through much trouble to change your fate. Why?” Here she was… the cailleach an athraithe. The witch of change. Scarlett, awestruck, found herself bowing deeply, her lips quivering as she spoke. “M-my lady.” she had stuttered out while the woman laughed. “Now now Scarlett, call me Milani. Now, answer my question, or to you I will do worse than your betrothed would have.” Flinching, Scarlett had straightened, her green gaze on the ground, and she had murmured, “I want to bring back the dead.” 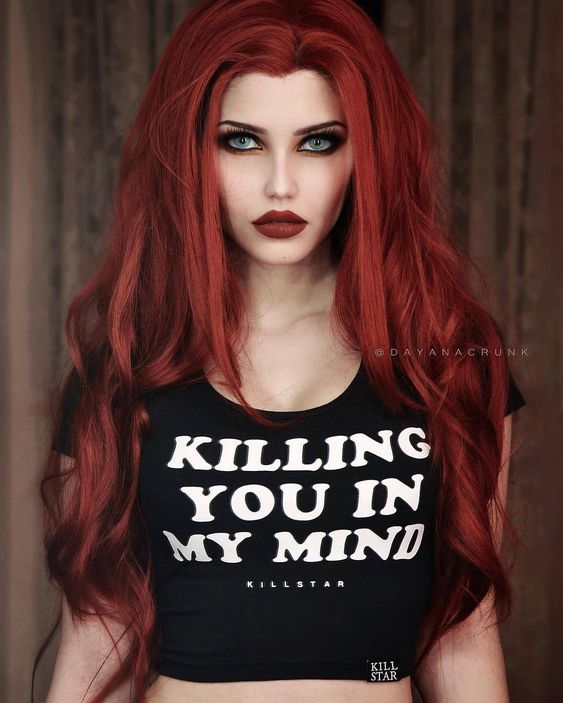 Milani began to laugh shaking her head. “Scarlett, to raise the dead, you must give up your humanity. Break away from your moral chains-” As she spoke, she began to circle Scarlett, who trembled under the weight of her gaze. “Are you prepared to give up your sense of right and wrong? Journey into a life of unknown and death? well?” Was she? Scarlett wondered. Yes she decided, she was. Nodding, Milani began to laugh. “Very well.” And then she had stabbed Scarlett… 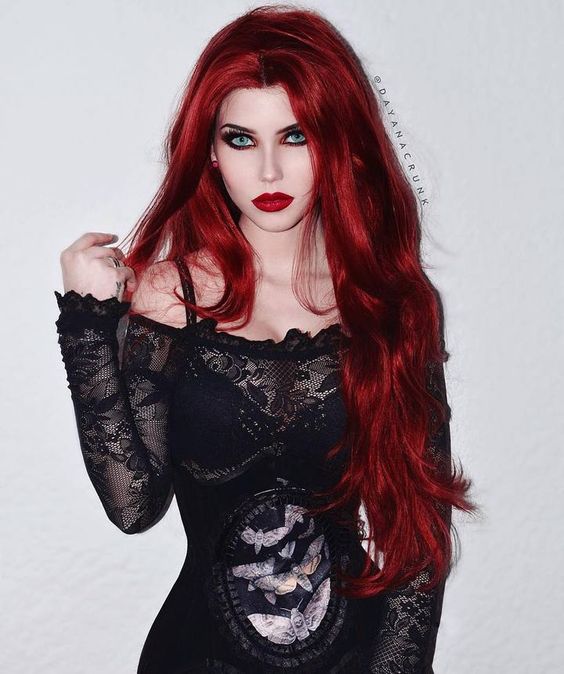 When Scarlett awoke, she was noticably colder than usual. Why? And why couldnt she feel? She sat up, her limbs groaning in protest, and looked down at herself, only to realize she’d been stripped of clothing! She scowled, and passed a look around, her scowl deepening as her green eyes landed on Milani, who was grinning. “Your awake..” She spoke, while Scarlett gave her a ‘no really?’ look, rolling her orbs. Milani began laughing, and snapped her fingers. Now floating in her hand, was an orb like object, its insides wispy and crackling with energy. Frowning, Scarlett tilted her head as Milanis’ grin widened. “This is your soul.” She murmured. 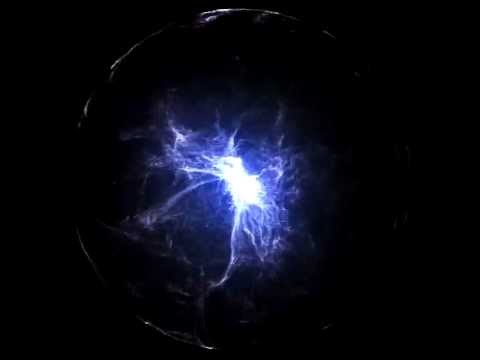 Dumbstruck Scarlett stared at her. “It belongs to me now. And you, my little witch of death, are going to learn how to take the souls of others.” And from that moment on, Scarlett became a pupil. She did everything she could to bring magic into her. But she couldnt even bring a rat back to life, much less kill it with her mind. “This will never work.” She’d muttered one day deep into the second month as she stared at the dead crow on the table. And then, she earned a stick to the head as Milani scowled. “It doesnt work, because you dont believe you can. You’re thinking with logic, but with magic there is no logic. Only strong emotions and a will.” Milani began to walk in a circle around her. “In this world, you must channel your anger, hatred, gried, all into your will. If not you will never succeed.” Another head wack which had Scarlett chasing the woman around the underground room, while she giggled. “Believe!” she always cried. Every time Scarlett failed. Every time she earned a head wack. 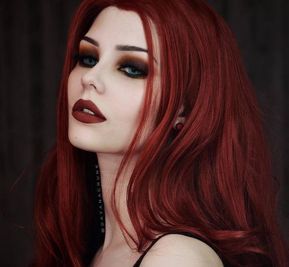 “You’re pathetic!” Milani screamed one day, whirling with angry eyes. “A disgrace to witches! A stupid, scummy, unwo-” and suddenly her words were cut off. Scarlett felt every insult like a knife, felt every bit of anger, and pain well until it bursted. Her hands glowed at ‘Scummy’ and she threw them out. A wave of energy hit Milani, and she lifted into the air, an unseen force holding her throat, collapsing her airway. Red hair flew out, waving around choatically, and green eyes glowed silver as Milani choked and pulled at her throat. “I. am. not. unworthy!” Scarlett screamed in rage, sending Milani tumbling into the table. Milani survived. And Scarlett had used her powers. From that moment on, every time she summoned them, she channeled everything she had into them. Soon she was able to kill dozens of things at once, and then bring them back. 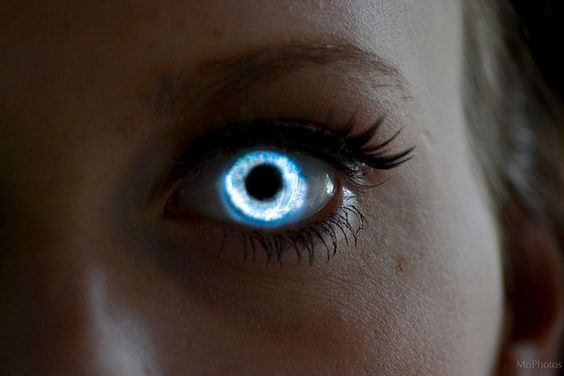 As a reward, Milani let her try her power out in a real, unknown scenario. She took Scarlett to a nearby inn, and they’d enjoyed a night out. But men recognized the woman, and sent for the guards. There was a fight, in which Milani was killed, and Scarlett fled. After that night, the woman hid. She made sure she was never found. And yet, she still had the unlucky wanderer who came into her forest. She would kill them, and dump their bodies in the entrance path. News of the Cailleach an bháis, and soon she was feared throughout the land. Centuries flew by, and now, Scarlett searches for ways to broaden her power. To surpass the gods. To become immortal. You may call her insane, ruthless, deadly. And its all true… so stay away from the Cailleach an bháis. Unless she likes you.. she will take your life.

* After a recent tumble with a frost witch, part of Scarletts hair is white! So any roleplays i have with you please keep this in mind!* 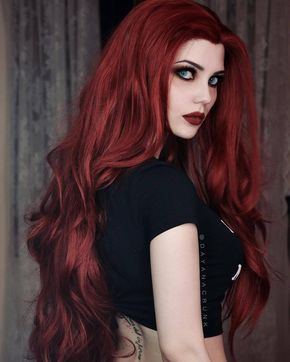 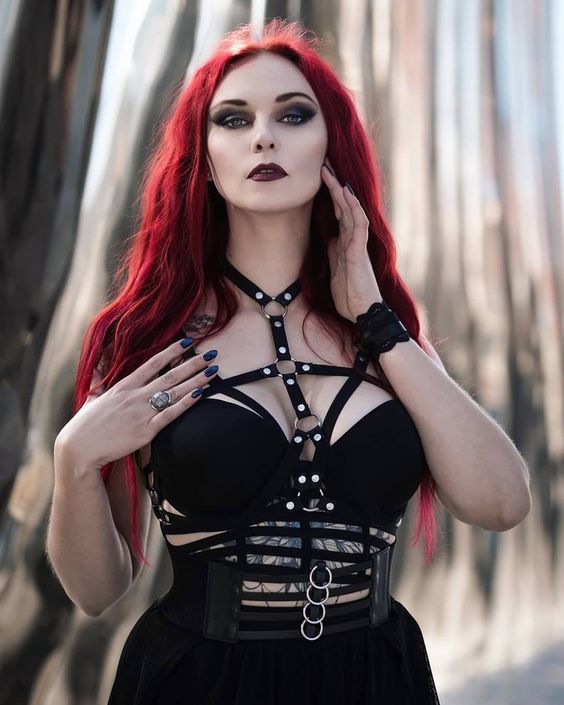 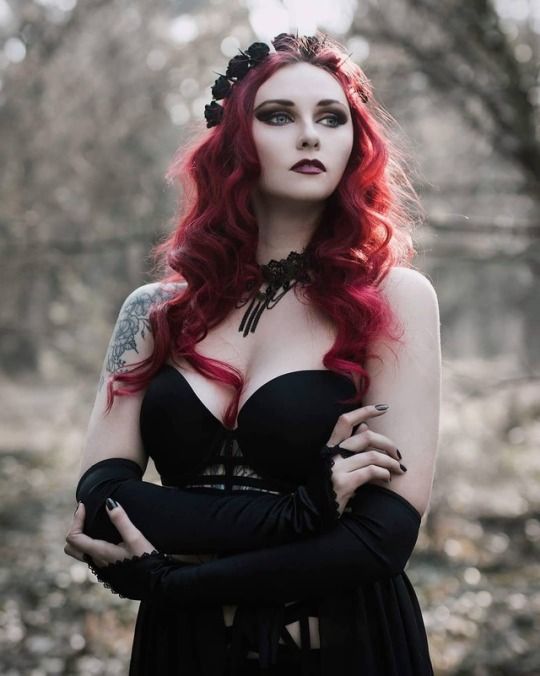 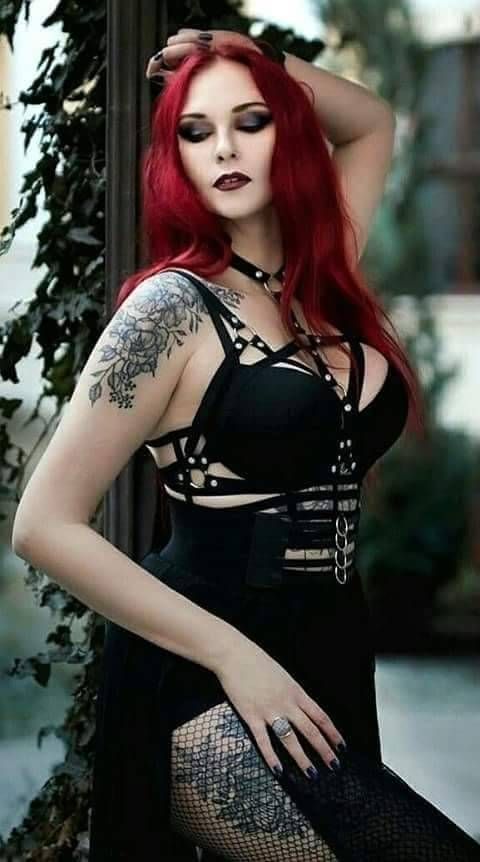 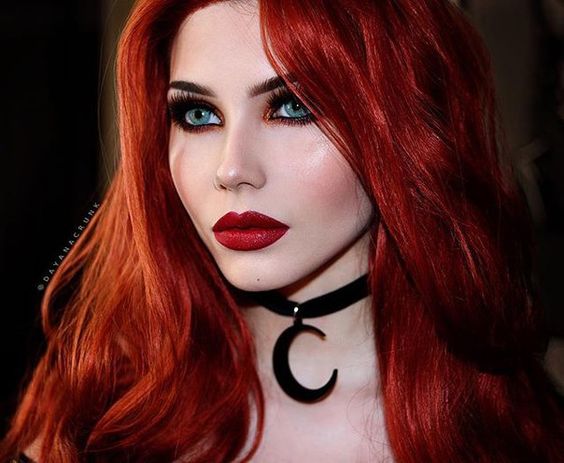