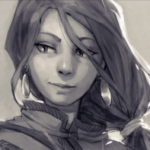 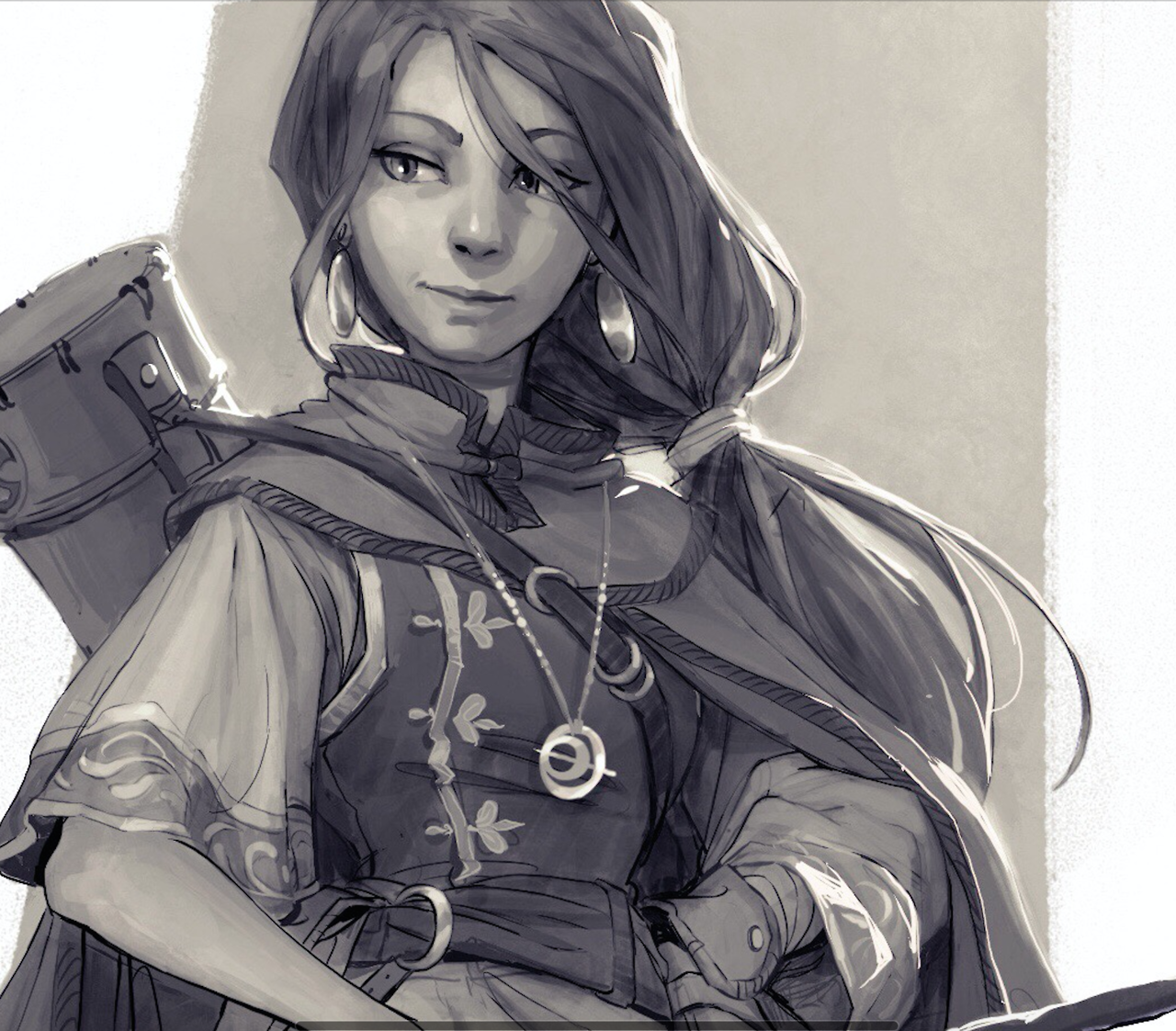 Sabrina woke up one day to find herself in an unknown forested area of Hellifyno with absolutely no memory of how she had gotten there. She feels as if she came from somewhere else far away, though, and that she has been traveling a long distance for a long time. That much is for certain. Since then, she has continued to wander, uncertain of where she had come from and where she is going. Occasionally she remembers snippets of past places and people, but there seems to be a cavernous gap between what she remembers and the moment she woke up in Hellifyno.

Hair: Long, auburn hair, usually tied back into a loose braid.
Eyes: Reddish-brown eyes, flecked with glowing green.
Build: Lean and average height. She is fair-skinned, cheeks, nose, and shoulders pinkened by the sun.
Clothing: Usually dressed in black: black trousers, black tunic, tall black boots, and black cloak. A plain, seamless silver collar wraps around her thin neck.
Age: Her age seems to fluctuate. She appears somewhere in her mid-twenties, but at times she has a youthful innocence about her. Other times, she appears hardened and wise. Her age is hard to pin.

She wears a silver chain necklace with a rather large emerald held within a silver cage attached, though it is usually hidden under her shirt. She carries a small, brown leather satchel. Inside it, she keeps a leatherbound book, a quill and ink, and loose sheets of parchment paper with hand-drawn maps sketched on them.
She also carries, for some reason, a silver dagger in her boot, even though her ability to shapeshift usually means she rarely needs it.

Shapeshifting (living species only, though she can mimic the appearance of non-living species).
9 lives
Heightened senses
Skilled hunter/tracker/forrager
Amateur map-maker