The man, the hero, the Demi God that is this early Iron Age Celt.

Chieftain of his tribe and the leader of the warriors of the Red Branch, this man has earned his battle scars fighting the constant wars between the tribes. His reputation as a fierce warrior is beyond compare among his own people. The world of the Celts was a harsh existence. They walked in the shadow of death. Disease, hunger, want, famine were all at the whim of the Gods. The constant warring and old feuds among the tribes made any kind of cohesion impossible.

Until a  threat came from the East. A new tribe arose from the valley of the Tiber. Technology previously unknown to the chaotic clans of the Celts, they were Master Tacticians- bringing a whole new form of warfare to the naive nations of the Brythonnic Islands.

They were the Romanii.

They spread like a disease, taking each nation and incorporating it into  it’s  empire. Voracious, like a starving animal and just as vicious, they came with just one request. Bow to the Power and Might that was Rome- or die.

The Hound always did like to have choices, and for him, there was a third option. 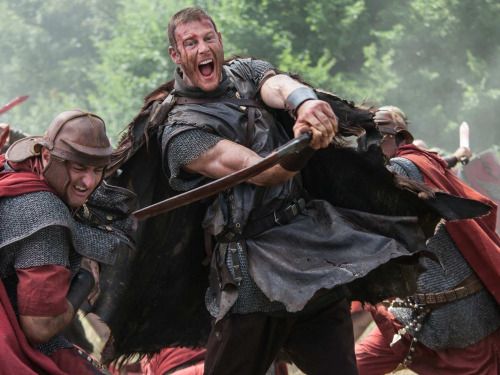 From the Volcae, in the lower Danube basin (modern day Slovakia) to the Helvetii in Gaul, great warlike Celtic tribes fell like wheat before a sharpened scythe. Their gaze then fixed itself firmly upon the  Brythonnic Isles. They fought a good fight. Boudicca of the Iceni held her faction in the east. Caractacus of the Catuvelaunni, held fast in the west, but old vendettas and the deep gold pouches of the Romanii caused both great leaders to be betrayed by their own people. Divide and conquer. The Romans were very effective at this tactic.

The country that would be England was incorporated into the Roman Empire but stopped short at the border with Scotland. The Pictii and the Scotti ruled supreme in this harsh and mountainous land, and harried the Romans to the point that their Emperor, Hadrian, would finally admit defeat, and scored the western boundary of the empire on the map with a wall that stretched across the country and would finally, keep the Celts out.

Not so the Celts of the island that would become Ireland. With these Celts, there was a sort of peace, based upon brokered trade deals and tributes that moved between the Celtic peoples and the Romans. The Romans appreciated the richness of their art, their talented poets, bards and musicians, their beautiful jewelry, the steady supply of slaves. 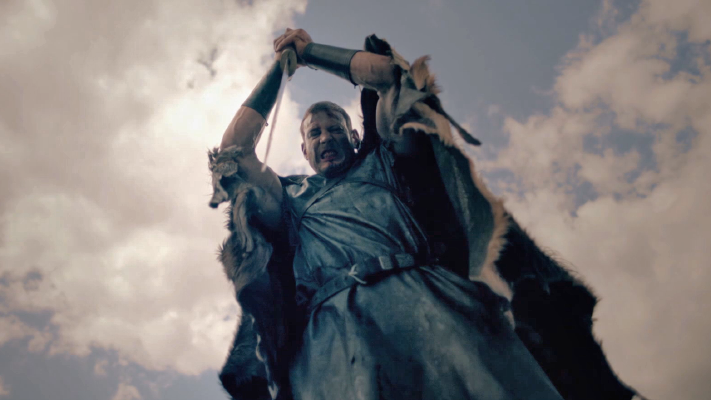 However, Cu Chulainn despised them. He despised their finery, their frippery and their predilection for children. “Boy loving Romans!” and would delight at going against them at every opportunity. Many a centurion lost their life to the berserker rage and warp spasm of Cu Chulainn.

The Hound Of Ulster

Previously married to Emer Setanta, and with her sired enough children to have his own hurling team. There is now one, and only one. He is totally devoted to Zoey Ryder, a magnificent example of independent modern womanhood. She puts up a lot and does so with good grace…unless she's tazing him.

Married and very much in love with his Woman, Zoey Ryder, however this doesn't stop him flirting with anything with a pulse, and yes, occasionally getting his auld fella wet. Life is for living after all and there are so many beautiful women and only one Cú Chulainn 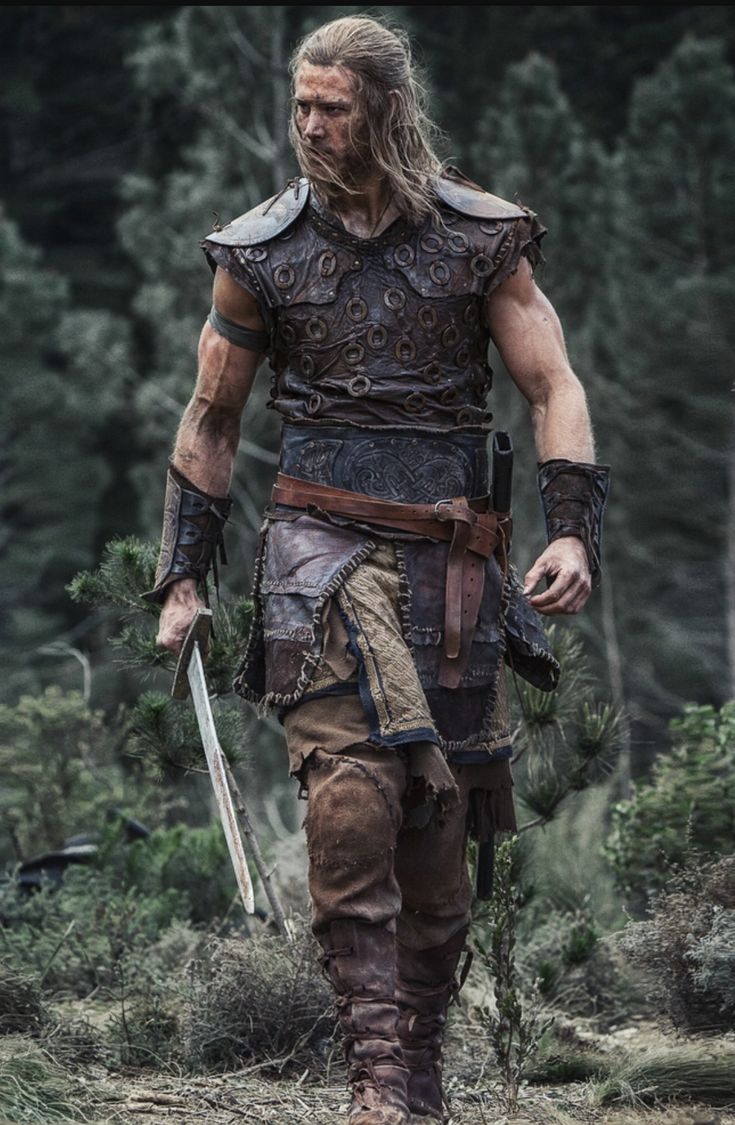 It is still unclear how Cu Chulainn, a man out of place and out of his time managed to find his way to the many faceted world of Hellifyno. One moment, on patrol with a raiding party of his boys, the next, thrust into the modern Persistence, finding himself, thank the Gods, at a hostelry.

Never before had he been so frightened in his entire life. Everything from electric lighting to the little hobgoblins that staffed the Red Sun held a terrifying fascination for the clumsy Celt.

He was convinced he was in the land of Tir Na Nog, until one of the more kindly citizens of Persistence, Nick Valentine, took the confused Celt under his wing and explained everything to him from radio and mobile phones to the reasons why you didn’t annoy the Gods of this world.

He had never seen such wonders! As his natural state was to be drunk, he didn’t know which was more exciting. The modern world and all the miracles it had to offer. Or the fact that the Red Sun gave away free beer!

Cu Chulainn, despite his intimidating size and stature, is a friendly and most affable kind of fellow. He likes drinking, fighting and whoring in that order, and is often found at the bar at the Red Sun, oft amidst a crowd of other customers, enjoying being the centre of attention. 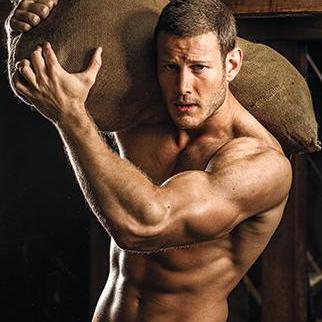 He also has the gift of the Blarney that most Irish are afflicted with, even in these days. He can spin a tall tale that have you crying with laughter or sadness. He can be sullen at times, his temper is legendary but he is at his most amiable, with a pint in his hand, a smile on his face and a song in his heart.

He values loyalty above all other qualities and is ever loyal to his brothers in arms. Never once has he turned away from a fight. Loyalty, integrity, a sense of honour, family and connection with the land.

However, Persistence was more like Tir Na Nog than was thought. Time moves differently in this land, and the delights that it offered, including the company of the divine Zoey Ryder- the Mistress of his heart and the love of his life that spans worlds, multiverse and endless timelines distracted him to the point that his visits to his homeland became less and less frequent. 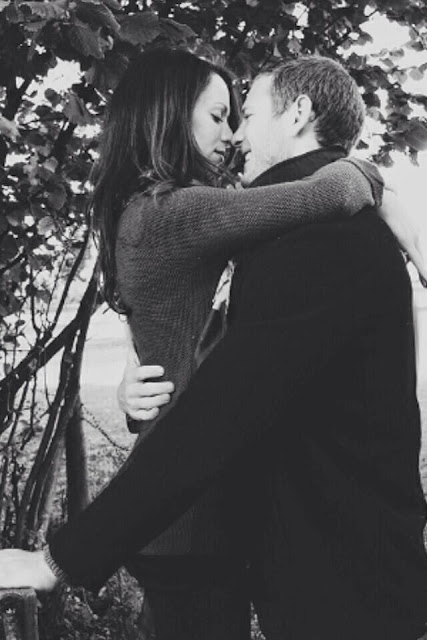 His Queen, Emer Setanta, chose to end the relationship and make a political match with the King of the Catuvelaunni. Cu Chulainn was charged with the responsibility of leading his people. Fighting and carousing are his skills, administration to a tribe, casting judgments for his people and caring for them in the way his Queen had- that was beyond him.

Consequently, his tribe suffered. His children suffered. When Emer returned, pregnant with the new heir of the Catuvellaunii, she was furious! Cu Chulainn was cast from the tribe, exiled from his beloved homeland and has since made his permanent home in Persistence.

Leaving his children, his family, his brothers and sisters in arms was heartbreaking for him. But he has to accept the justice meted out by the tribe. Only Ferdiad, his boyhood friend and comrade, still engages with him. But the tribe is forgiving, it will only be a matter of time before he can return, and not run the risk of being killed on sight.

The man is tall, even by today’s standards, around 6’8″, broad of shoulder and thick of arm. Red/gold hair that was long, but now he keeps shorn close to his scalp. 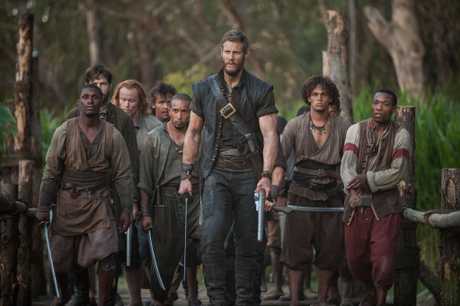 He is rarely seen out of a naive  kilt and is often bare chested.

However, the Celts, and he is no different, were described as “preening peacocks” by the Romans, and very particular about their appearance. The man can be fair full of himself at times. But if the arms don’t work on the ladies, or the smile, then that accent will.

The man is mad on a Gaelic game called Hurling and is often seen with his hurley in hand (A thick oaken stick, spatulate at one end, that is used to scoop up a ball and hit it down a field)

One thing he can say about the Romans…they make good blades. He is often seen with a Gladius, a short sword, strapped to his hip.

He is skilled with a spear, bow, hand to hand and is an excellent horseman.

“The first warp-spasm seized Cúchulainn, and made him into a monstrous thing, hideous and shapeless, unheard of. His shanks and his joints, every knuckle and angle and organ from head to foot, shook like a tree in the flood or a reed in the stream. His body made a furious twist inside his skin, so that his feet and shins switched to the rear and his heels and calves switched to the front… On his head the temple-sinews stretched to the nape of his neck, each mighty, immense, measureless knob as big as the head of a month-old child… he sucked one eye so deep into his head that a wild crane couldn’t probe it onto his cheek out of the depths of his skull; the other eye fell out along his cheek. His mouth weirdly distorted: his cheek peeled back from his jaws until the gullet appeared, his lungs and his liver flapped in his mouth and throat, his lower jaw struck the upper a lion-killing blow, and fiery flakes large as a ram’s fleece reached his mouth from his throat… The hair of his head twisted like the tangle of a red thornbush stuck in a gap; if a royal apple tree with all its kingly fruit were shaken above him, scarce an apple would reach the ground but each would be spiked on a bristle of his hair as it stood up on his scalp with rage.”
—?Thomas Kinsella (translator), The Táin, Oxford University Press, 1969

He can’t read or write.

There are many cultural differences in the world of Hellifyno that he really cannot fathom. He has had to learn to not take offence at every sleight and strange behaviour, however he is still fairly perplexed by some of the characters that he meets

in the ancient pantheon of the Celtic Gods. His father is Lugh Lámhfhada of the Tuatha de Danaan. He who shines his light upon the world. There are those that believe that Cú Chulainn himself is a Godly personification of The Sun. If he ever was, then it has been forgotten, and he is to join the ranks of Celtic deities as saints or fairies or the legends that grandmothers tell to their kin.