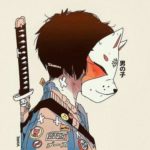 Charles “Hollow, Silent Kill” Holland, is an Assassin. He turned to Assassination when he couldn’t seem to get his views across any other way. Soon after the life started to grow on him, when he realized he was good at it.

Charles now fights to overthrow tyranny. He follows the strict code of honor, never killing innocents when possible. Charles supposedly only fights for the greater good, though he does have a history of bending the laws and rules.

Charles absolutely despises the Templar’s, though his history with them isn’t as clean as he leads on. Beware Charles does have a reputation for being a trickster and illusionist. Charles prefers using logic to brute force and will often create some kind of plan before going into battle.

Charles prefers to stay in the shadows when possible. He does not like to involve himself in the affairs of locals, other assassin’s, or the Templar’s. He often prefers to focus on his own work. Though Charles will help a fellow assassin or a local who is in-need.

None as of now.

The things I keep are only for me to know. I keep these things for my work, so why would I show someone who happened to stumble on my biography, what I keep? I believe that privacy exists and hope that you can respect mine, when it comes to my inventory of things – Thanks!

I believe that life isn't as clean-cut, as people make it out to be.