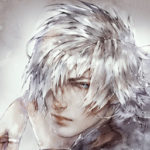 (Highly advise you read this profile. I’m not like many others, and I will decline RP’s that I feel people can try better on. I’m a word Nazi, but not a dick. If you wish to RP with me, please para’s are highly encouraged. I don’t do smut, unless it’s part of the story. 18+ is a must for anything sexual with this character. Now that I’m done with the rulings.. Bring on the words!)

One of Trust, Betrayal, and Agony.
His story..
Zack comes from a small town. That’s the just of it. His memory doesn’t help in moments when it should. He only remembers the most important things. Like vague thoughts of his mother..of his father. Not sure as to who they where, or even if they were his own parents. He remembers the fondness of grass around his home town. The wind hitting his hair just in the right spot to where he’d have to blow it from his eyes. The sun, looking beautiful just as it set into the earth. His childhood had a wonderful bit of memories. Only one thing he couldn’t really forget, that he wished he did. The “Raid”. A moshpit of demons, trampling through the streets. Women and children crying, and shrieking as they killed and pillaged. His eyes, running with tears, as he watched his own “Family”..die before him. His mother, pierced through the stomach, trying to protect him. His father..having his neck snapped before his very eyes as he ran towards a demonic entity at their door. “Protecting” him, as he said. Zack was stunned at that age. The “Family” that he knew, was no-more. Only to be gone with the snap of a finger. He thought his fate was sealed, but these..demonic beings had other plans. His fear overcame him, and in that moment. He cried out for a plea, for them to spare him. To let him rest with his “Family” as the other little boys and girls did. It helped to no avail, he was dragged to the center of town. To see the slaughter, the fire, and pillage of his town. Zack couldn’t hold it anymore, doing his best to break free. Scratch, bite, claw, punch. It didn’t work. The demonic entity waved its head back, slapping the boy to the floor. In the moment, Zack didn’t dare move, for what he feared worse would happen if he did. The entity whispered within a monotonic snaked voice out to him, as it seemed to turn it’s back. Picking something out from it’s coat. “..You will be a vessssseeelll, for thissss one…” Facing back to the boy, the entity held out a orb. Something that Zack wasn’t all to keen on. In his moment of confusion, some lesser demons came to hold him down. All four limbs were held. He tried his best, but he didn’t budge. The entity reeled closer, the eyes seeming lifeless as they came closer to his own. Inches away from his own face, he only saw a blacked fog, and green eyes as he felt his shirt ride up his stomach. Exposing his abdomen to the demon. He squealed even more, wishing to be free. Till everything happened to quick for him to comprehend, his stomach reeling in pain, too much for a boy of his age to resist for the urge to pass out. The feeling of hot magma burning a hole thorough his stomach cause him to lose consciousness. The final words he heard before losing complete consciousness, were those of the demon, “..You will bring me..”The one”..”
Not long after, after the pain and burning sensation subsided, Zack awoke trying to catch his own breath. He grabbed to every edge of his body, making sure every limb was there. Every finger, ear, and most importantly his jewels. After seeing it was all there, he looked down to his stomach. There was no scars, nothing at all on him. Was it all a dream? No, his head turned seeing the still burning houses, and massacred bodies around him. From there, Zack had lost everything. From there, his story started. At his young age of 8, Zack had to survive. He had to learn everything from scratch with no one to teach him anything. The hardships he endured were gruel, and the nights he spent cold and without food strengthened him in the cruelest ways. He learned, fought, survived, and grew wiser with each night that came. Fighting came natural to him, and more sooner then later. The found promise within a company. As a mercenary. Fighting for the people for a fee, and saving those in need. With the money he made over the years as a mercenary, Zack made one of the best purchases a 16 year old boy could make. No..no prostitutes. Something that would give him a thrill, everytime he used it. That..was a Greatsword, one that was called “Rosemary”. That’s what the blacksmith said at the least. It was a hefty pinch, but what it have Zack, was a sense of pride. Along with that, he also purchased 2 ranged weapons. A pair of revolvers, and a shotgun. The shotgun was kinda for show only, but it was also for telling demons and monsters to ‘get back’ when need be. As the years went by, Zack’s body began to bulk. His height getting taller, as well as his age did. Through those years, Zack’s left arm began to show of black ink. He freaked at first, but within him, he felt stronger. He also kept hearing these voices within his head. The snarling of a caged animal, speaking out, “..Free mee..”
It was strange, but it made sense as he remembered that entity’s words. He was a vessal..and those whispers must be the demon speaking to him within. Those years of training, fighting, and learning. It all payed off for him to be here now. Now..Zack is here..and ready for the truth behind all this madness that has happened to him.
Name: Zack Moon
Alias: The White Wolf King
Age:23 {Appears to be}
Height: 6’4″
Weight:220 lbs.
Build: Muscular
Hair:Ivory
Eyes: Turquoise.
Powers/Abilities:
‘abilities & skills

Combat Reading :
Zack always had a knack for fighting. Block here, dodge there..it came natural. So as he grew..he learned. As he learned, he fought..and as he fought? Well..there’s a reason he’s standing before you alive today.
Hell Fire/ Mastered
Zack has spent a decent amount of time within hell, itself to speak with his inner demon. About problems, as well as ask for advice for the future. During that time, you don’t think he’d master something right? His Hell fire is more dangerous than fire itself, so..be warned.
Lightening/ Advanced
He learned this element once a top the mountains. Spending months, to try and learn from the thunder and lighting demons. Course, by learn I mean not be killed in the process. In the end, he learned it well enough to use it. Control it’s course of direction, and explode it from his own body as if it was apart of him.
Shadows/ Novice`
He learned this element on accident. When trying to chase a demon through the shadows, he found he was able to phase into the shadows. It wasn’t an easy task to escape from that realm, but he found he could use it. Limited uses at the least. The shadows is a dangerous place to be.

Personality
Zack is a strong hearted character, a fighter, and strategist. He’s honest when he needs to be, and is a all the well easy going person. That is once you get to know him. Without knowing him, he just seems like a calm and collected person. Just know, when things get rough, Zack will be there. To save anyone from harm, even if that means he may have to sacrifice himself for that to happen.

Zack’s attire is a multiple of flashy and showmanship.
Instead of having his usual trench coat about him. He wore something of the latter design. It almost seemed as if he cut the trench coat in different pieces, and made it into a vest. The same material, the same fowl lining about his neck of ivory fluff to match his hair. Except his sleeves were cut off this time. The center open as it was for his coat. His arms, and torso bare to view. His body covered within scars as the eye could see. Blackened about that skin. His left arm, from shoulder to wrist. You can make out the scarring of his body. All the fighting and surviving he did throughout his years has it’s toll about his body. His left pectoral showing two deep cuts along his heart, and on his back is shown three deep claw marks going down at an angle. Healed, but still showing signs of fights he barely survived.
Legs: At his legs, Zack is sporting black and white cameoed pants. His boots, almost of an army based. Always kept loose, but still snug to his foot.
Accessories: Around Zack’s neck he wears a necklace, sporting a single ring. Silver, and slightly detailed with swirls about it. His hands are free. Bare to the breath of the fresh air.
Zack sports 1 holster about him. Inside his vest, strapped to his body, is a holster for his revolvers. Just behind his back. The big boys are always kept locked away within the trunk of his car. Ya’know. For special occasions.
Tattoos: Along his left arm, he has a tattoo. 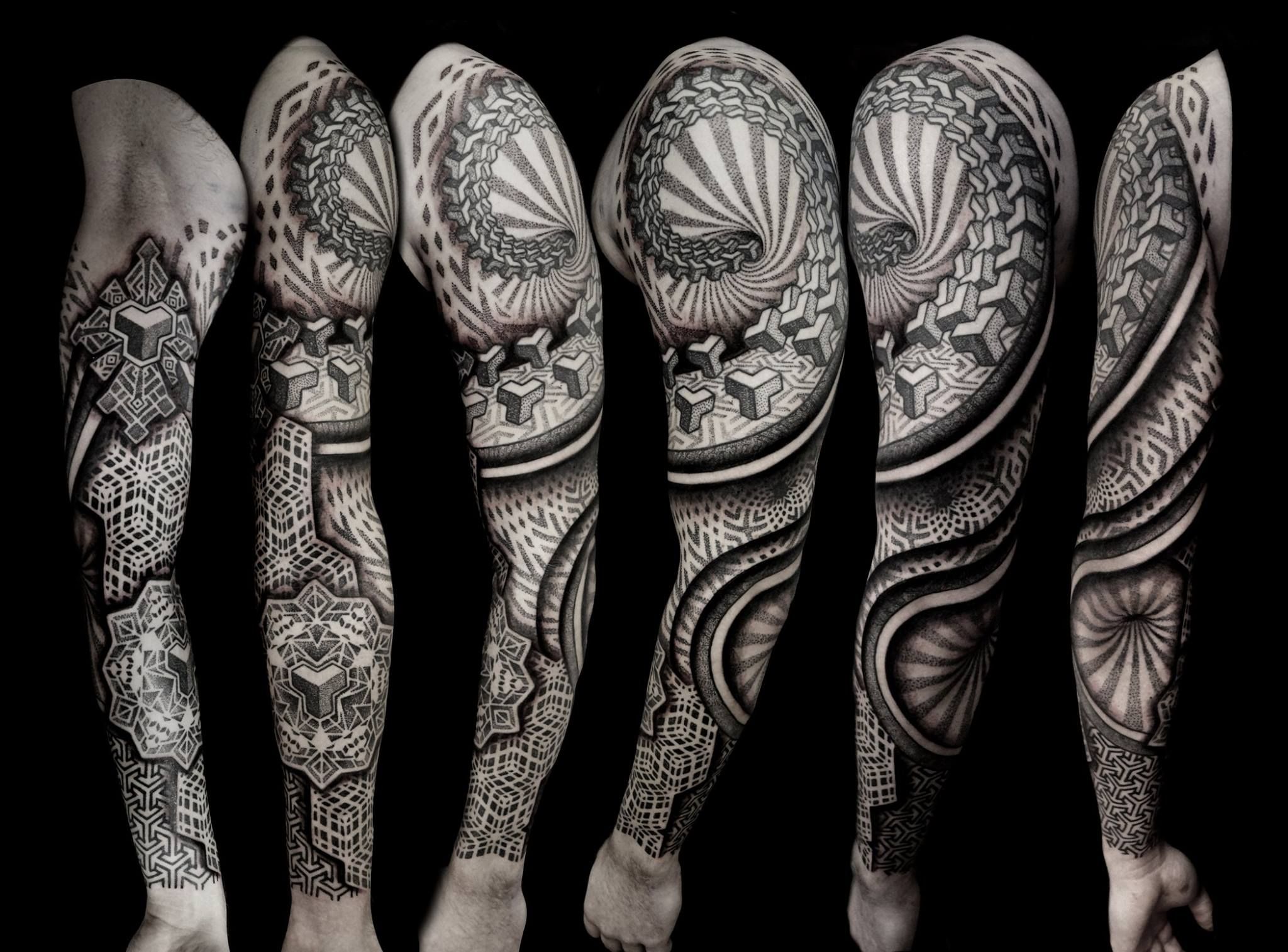 Sacred Ritual: Blood for Blood :
Zack never needed any type of healing treatment growing up. The wounds themselves would close back shut with time, heal even better if actual medical care was used. Funny how it was. It seemed as if the demon inside him, loved to feel him curl up in agony..only to let it happen again. Just don’t use magic..to heal him. You’ll only be hurting him worse in the process. There’s a reason he never asks anyone for help when he’s hurt. In times of crisis, he may resort to this ritual so save another. Taking on their pain and suffering, for a few seconds worth of agony.
The demon Within
WEAKNESSES
Brutal Flashbacks:
Zack has moments where he has flashbacks, agonizing flashbacks to his time when he was a kid. As well as to the moments of the beloved innocent he once knew, dead within his arms. His head can’t process reality and what the demon within changes. This in turn causes aches, and un-deniable pain. It sucks, but it’s a rare case when it happens.
Demonic Voices:
Here and there, Zack will hear the inner demon speak to him. Most times..he’ll speak to him within his head. Others, he finds himself talking to himself. He can’t help it, and sometimes..he will shout out to subdue the demon into quietness. Sometimes, the demon only wishes to talk, and others..he will try to persuade Zack into the more devious of schemes.
Painful throbbing:
There are moments, when Zack will feel a tremor pound through his body. That’s the demon trying to break free. This will only happen, when he Demon finds Zack in his most weakest state, and finds an exit path.
Demonic Take-over:
It’s rare, but happens. Only when Zack allows it, or..the demon finally breaks free from his grasp. During this time…Zack’s body will change, and he will no longer be Zack anymore. He will be, Ki’Rak. The Demon Wolf. 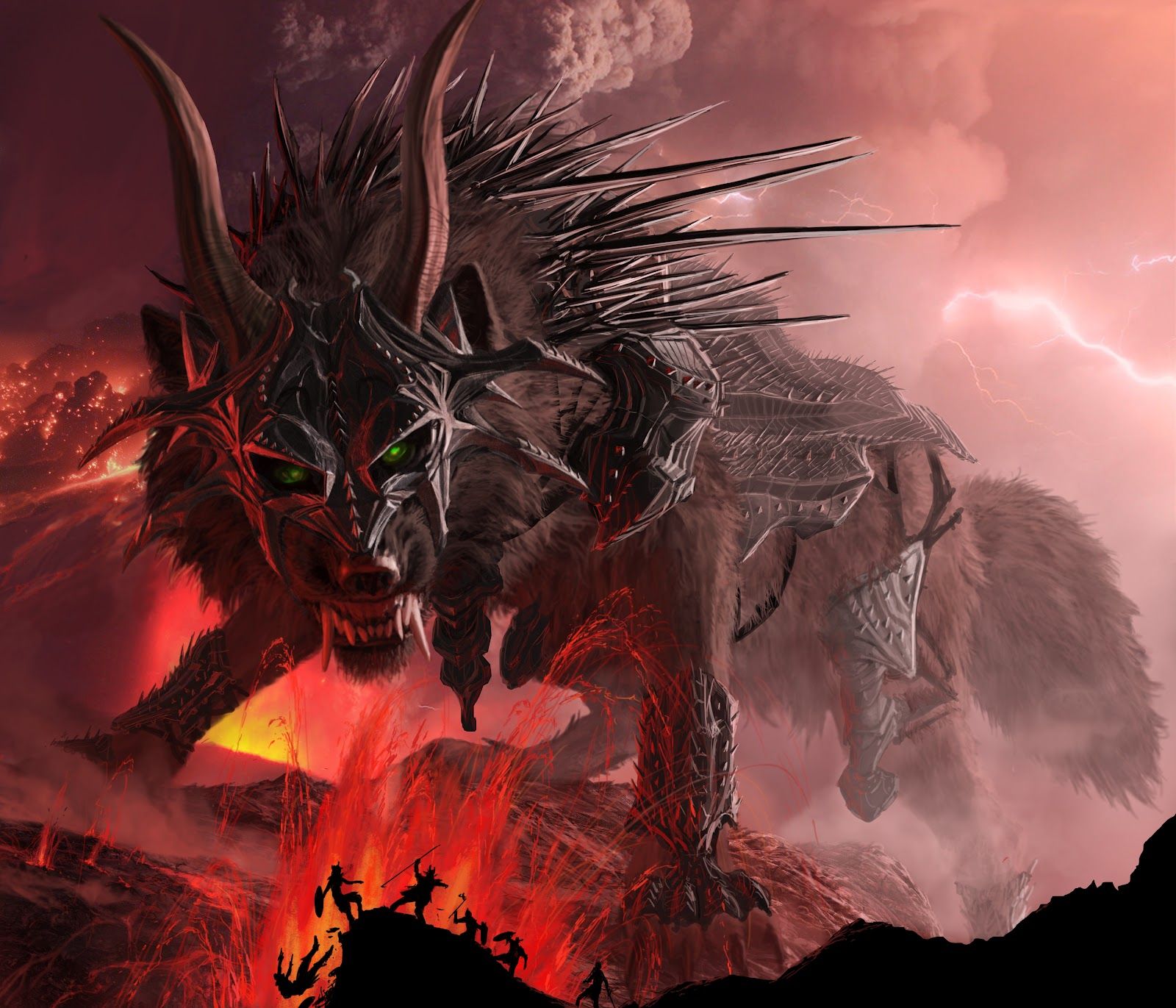