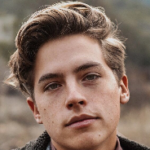 (For any confusion regarding my character’s backstory, I suggest you look up Titanfall 2 as well as Borderlands. I enjoy both and would like to roleplay either or perhaps even both if possible.

Born on my the IMC controlled planet known as Typhon, Clark was raised in a surprisingly ordinary life considering the IMC was, in fact, militant on Typhon. By the time he had reached the age of 14, a presumed military experiment went horribly wrong. And while most were vaporized, rapidly mutated and killed or just simply killed from the blast, Clark had managed to survive. Though his survival was due to a sudden change in location for him to a dusty planet he believed to be in the Badlands system. But this was far different and far, far from home.

Welcome, to Pandora. Home to psychopaths, the deranged, degraded and despicable with a few actually decent people here and there

And a fairly high IQ with an adeptness for forecasting