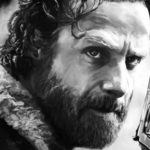 Personality: Resilient, hard-hitting, serious, with a touch of a kind/funny side.

(A picture of his house, built by hand, in the wilderness outside of the city) 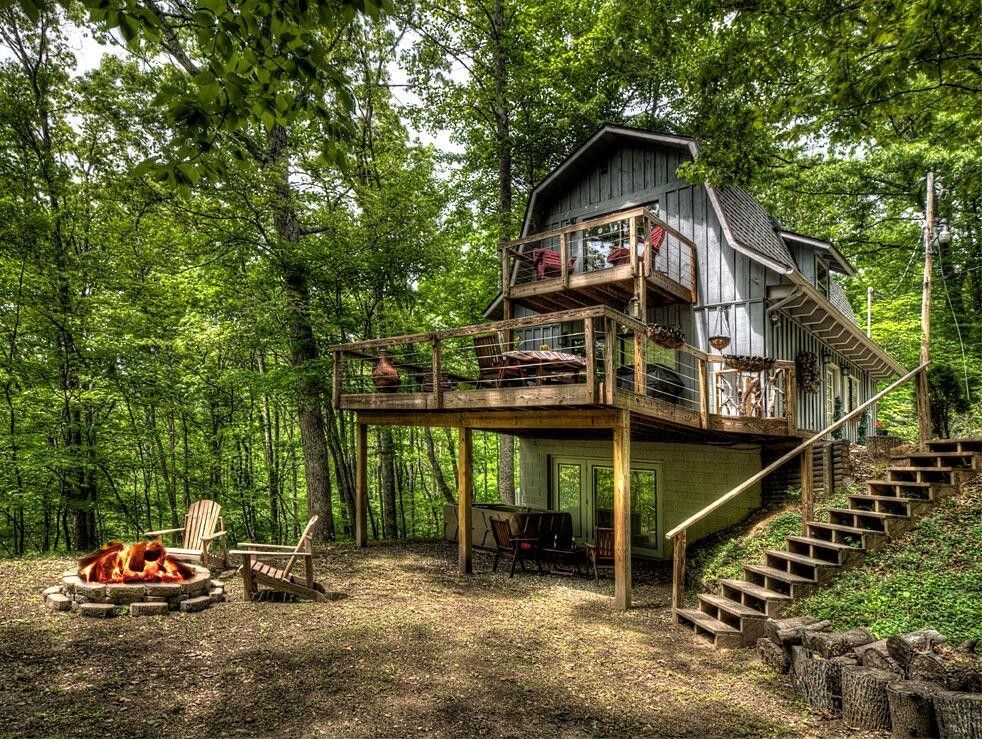 My name is Arlo. I guess you could say this is my story.

It’s been a real long time since I could remember anything past this. One day I was normal, the next, everything changed. Some pieces are still there, though the rest is mostly blocked out by this… thing. But I’m getting too far ahead. Let’s start at the beginning. Probably a good idea.

I was born in the UK but I know I learned at a young age that we didn’t live there long. Not too far down the road after my birth, we had to move to the States. I never did find out why. Too young, I guess. Anyway, dad liked his drink, mom liked her son, and things went ahead like they usually do.

Then, dad lost his job. Let me tell you, I never saw him so angry. He lost his head as soon as he saw me, but mom calmed him down pretty quick. I thought that was the end of it, but later that night he woke up, drank our entire fridge’s worth of liquor, and got his gun. This was the night before my 15th birthday.

He killed mom and himself before I had even fully woken up to register that first gunshot. I don’t know if he actively chose to spare me, or if he got so drunk he forgot I existed. Either way, I remember being told I was lucky, and never feeling further from it again.

Let’s cut ahead about… 8 years. I’m 24 and working at a bar to make my way. I’ve got my own house in the middle of the woods, that I built with my ex-girlfriend, who’s not really in the picture anymore either. I’m an avid lover of photography, along with some other things. Pot’s great. First time I tried it with the aforementioned girlfriend is probably the closest I ever came to forgetting that I was an orphan. Or, at least… being somewhat at peace with it.

One night I was driving to the house from work, I had just left the city. The smell of trees is still stuck on my nostrils. It’s one of the last serene things I remember before it happened.

I hit something, I thought it was a dog, so I got out to check. The front of my car was all dented in and I went to check on the animal. It was pretty big, for a second I thought it might be a moose, but I heard growling breaths of pain and assumed bear. It got up, rolling over and turning to face me. I remember the flash of orange eyes, a searing pain in my whole body, and then everything went black…

I woke up six days later, bandaged and lying in a hospital bed. I didn’t thank God, even for a second, nor did I weep with relief. Knowing I was still here wasn’t exactly depressing, but I wasn’t about to jump for joy over it. They told me I had sustained deep cuts in my stomach and a large bite wound on my leg. Another driver had come along and they had luckily been carrying a gun, which they apparently scared the animal off with. The eyewitness mentioned it looked like a wolf, but bigger.

I was in pain for what seemed like a week and a half, but after that it wasn’t much. Doctors came in one day to clean and change my bandages, but the wounds had all but closed up, nothing but scabs and white scars at this point. They all looked pretty stumped and asked me to stay a few more nights for some test running.

Two nights later, I was dreaming of my mother. She told me “You have to let him in.” For some reason I woke up after, just in time to catch three doctors in the room, one of them with a syringe in his hand uncomfortably close to my neck. I grabbed the hand and held it at bay, noticing the shiny chromatic fluid within. Like liquid silver…

The other two doctors tried to restrain me, and without thinking I grabbed one and flung him across the room. With one arm. He fell to the ground and the other doctors gave each other a look. Doc #1 tried the needle again and managed to get it just under my skin before I grabbed his hand, squeezing it until it broke. Taking the needle out of my neck, I jammed it into the last doctor’s cheek and pressed the plunger, ripping myself out of the bed. With all three men still between me and the door, I took the only way left out: the window.

Four stories, straight down, and I land on my feet without a scratch. With no time to admire just how unexpected and amazing that was, I took off, putting as much distance between myself and that place. I don’t think I’ve ever run so fast in my life, faster than I ever thought I could, faster than I should have been able to…

Later that night I was in the woods hiding, and something even worse began to happen. My skin started getting darker, it happened slow and it burned and throbbed like crazy. It was like ink seeping through the imprints in my skin, every crack and valley and crevice filling up before I blacked out again.

Woke up again, this time it was morning and I didn’t know how much time had passed. All I knew was that I was alone, my hospital gown was ruined, and I was covered in blood. I couldn’t find any cuts on me or corpses around me, and I gotta say I’d never been more afraid. Even my parents’ fates didn’t scare me as bad as losing conscious time and coming to covered in someone else’s blood. 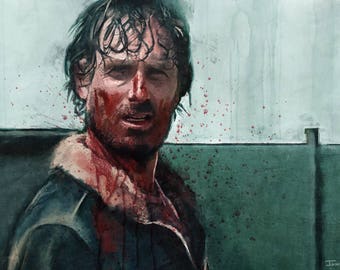 I didn’t need to guess. I knew what it was. There was a feeling like someone reaching up into my guts and squeezing, twisting, as I realized just what that animal on the side of the road had been. And now I was one of them…

Piercings/Tattoos/Accessories: There is a tattoo of a moth on the back of his left hand. 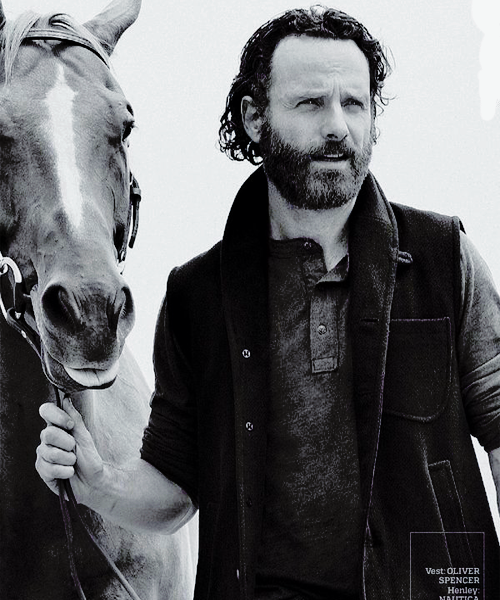 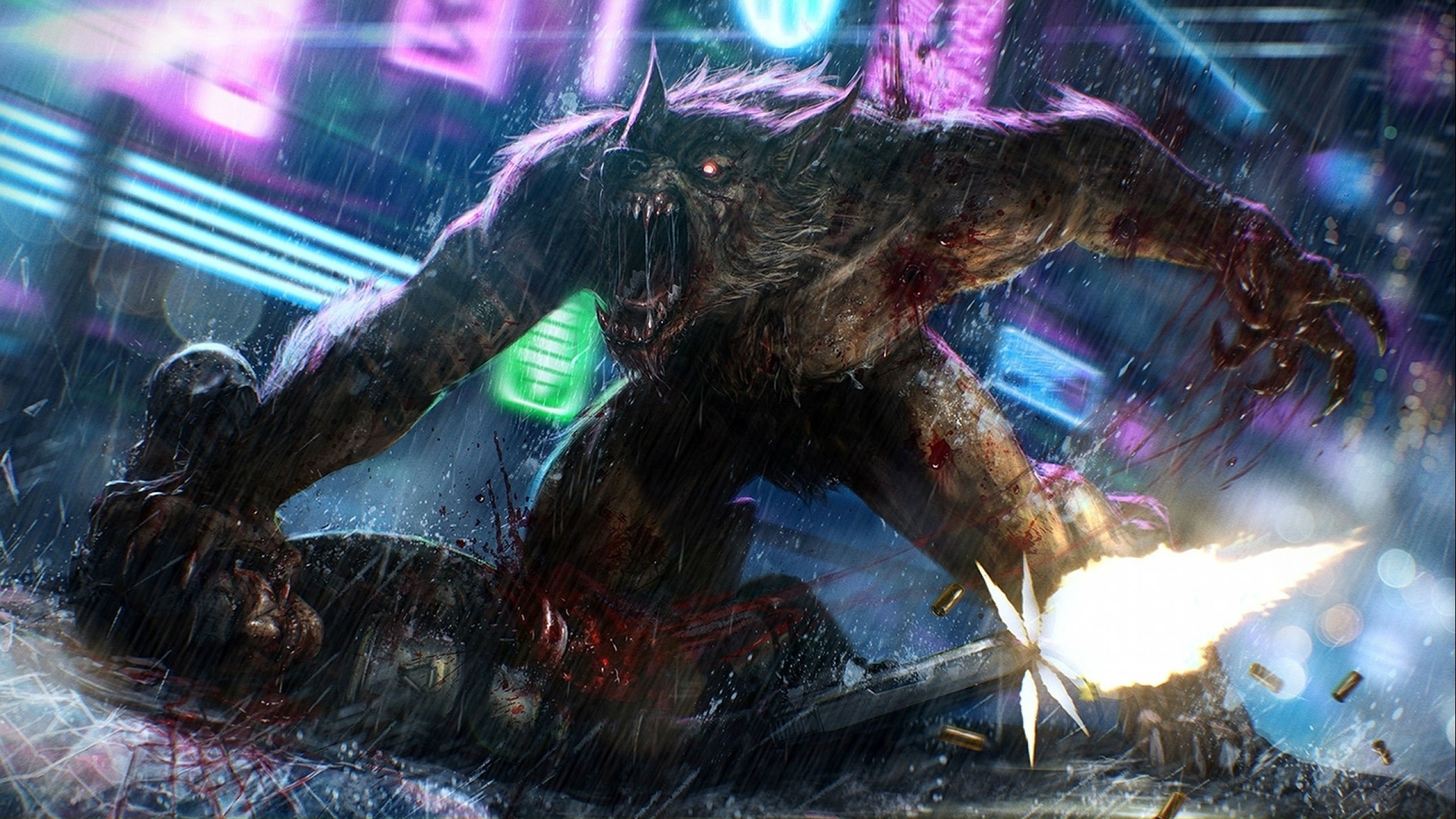 You could say I have an extra personality, so let’s throw that in there.