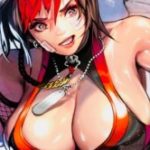 active 1 year, 10 months ago
@lmb21501 Hey, there, Amethyst. I couldn’t recall if I had ever approached you and dropped you a bit of an introduction. I don’t know if people do those here, but it used to be pretty common at the websites I’ve come from. So I grew accustomed to them and do them here, too. So thanks for accepting my friend request. I’m game for almost any kind […] View

A girl who had to learn to be tough on the streets. Fighting and bashing heads is pretty much all I know. But I'm not a thug; I still got a good heart and I'd willingly help anyone I come across.

So what's the question exactly? I guess I'll say love both. But woman are more my thing.

Living on the streets wasn’t always how it was. Fighting off the lecherous and ill-minded beings known as ‘humans’, who walked the streets, that wasn’t always so. Connie Wakeview originally lived a pretty relaxing life of luxury without much of a worry in the world: She had two parents who made such good money that she may as well have worn a card around her neck that said: ‘I’m a wealthy millionaire’.

Her father had inherited her grandfather’s business when he was just a teen when her grandfather died of brain cancer that the doctors didn’t catch early enough. While her mother who died while she was about one, was an attorney who really knew her stuff and only ever lost a single case.

But where did it all go wrong? It all went wrong with the friends that her father had made during his twenties. They had been scheming for years, but they never quite had the courage to put their plans in motion since her father had a reputation of being quite the tough guy (before he ever inherited his father’s business, he was a brawler and competed in plenty of street fights and even underground arena fights), and as such none of his fellow workers wanted to so much as look at him the wrong way in fear of receiving the beating of their lives from him.

One day, her father’s ‘friends’, had put their plans in motion. While he was returning to his car after leaving work one night, they ganged up on him. And while her father was no stranger to being ganged up on by people, he had gotten out of a few hairy situations, he had never been faced to face with so many people armed with guns. And guns they were armed with, all eight of the people who had cornered him. And they took fire, filling the businessman full of holes, insuring he had no chance of survival.

With no place to really go, and not knowing any of her aunts or uncles or cousins since her father always seemed staunchly against speaking about them, Connie had no choice but to start living on the streets. She was too young to really do anything about her situation, and she saw this as the only choice.

She went from being well-off and with enough money to keep her worries far away, to just another pretty face living on the streets.

Accepting her new life, Connie started to learn the ways of the street. She had even for a short time joined a gang until she was confident enough in her own fighting ability and was able to handle most common thugs on her own. She even began to dress accordingly: She cast aside her nice posh clothes and started showing as much skin as possible, leaving little to the imagination. And of course, with the way her body had developed over the years, she had many men and woman with rather unpleasant plans trying to make moves on her. None…Of which succeeded.

She’s often been questioned about her unusual underwear which is clearly zipped up where her most intimate area lies. Her response? ‘It’s not like you’re gonna get to fuckin’ see it or touch it anyways.’

I originally had blonde hair in the beginning, but you probably couldn’t tell that by now. I have unruly hair that’s kept in an upward ponytail, with bangs spreading everywhere. My hair is mostly black but it’s dyed red in the middle. My eyes are a grayish blue. And I wear red lipstick and two band-aids on my cheeks from where I was stabbed. I’ve been told I have ‘huge tits’, which I guess is pretty true since they are pretty big and heavy and barely stay in my top. There ain’t much hidin’ this skin. I have a little bit of chub, but it isn’t much at all. I also have really wide hips and a big bubble butt.

I carry around a knife although I barely use it that often. I also have some brass knuckles which I use more often than the knife, but still not that often.

I like fighting, but I don’t like hurting people. Never been a big fan of seeing other people in pain. And I try to avoid killing as much as possible, but that’s not to say that I won’t do it if someone pushes me far enough. Also can’t stand to see anyone cry, whether its a man or woman.

That everybody gets what they've got comin' to e'm. And one day….'They' will too.