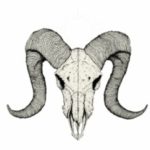 I Am Var'Hanath, The Unyielding, Super-Corporal In The United Space Command.

Girls, MUST BE GOTH/EMO AND HAVE GLASSES

SINGLE AND LOOKING >u<

I was abandoned at birth by the largest mountain on my home planet. I was rescued by my master who taught me my ways of combat. I only serve who i respect and myself. i killed my master with a rock in a duel 300 years ago. PTSd LOL. i then became a soilder in the United Space Army. I was Modified to be the most powerful Humanoid in the entire army and i was gifted Titanium Armor I now call “Tarasque’s Hide”

Armor, Huge ass katana, 16 Guns, 36.4 knives, Teddy Bear (his name is Alfred) A bedroll, and a self destruct module (in case of capture), a Sony Walkman with a Blue Oyster Cult Cassette, and 66 Lunchables (ill share the candy)

I have no secrets. I am brutally honest and will not spare feelings.

In Blood And Gore And Steel.