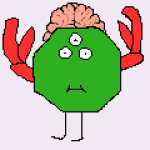 “call me cute one more time! I Fucking dare you to!”

Character Bio
New Cuddles designs.jpg
Cuddles is a yellow rabbit with pink cheeks who inexplicably wears Pink Bunny Slippers . His white curly hair tuft and cotton tail look exactly the same. His ears sometimes move to match how he feels. For example, when he’s happy/energized they’ll stay up, and when he’s upset/sad they’ll drop down. Cuddles is one of the primary characters in the series. Like Giggles, Toothy and Lumpy, he appears in many of the advertisements. Cuddles was the second character to be created in Happy Tree Friends (the first being Shifty). Creator Rhode Montijo first drew him on a piece of paper with the phrase Resistance Is Futile above and that was how the creators got the idea for the show. His voice is even performed by the co-creator of the show Kenn Navarro.

S1E6 Piranhaseatcuddles.png
Cuddles in trouble because of his mischievous side.
Cuddles’ personality is somewhat mixed. On one hand, he can be dangerously mischievous and a fun lover. Both of these characteristics have led to the death of both himself and other characters (Flaky being usually who tries to warn him). On the other hand, he is usually lovable, optimistic, friendly, sweet and caring, making his personality more complex than the others. Cuddles’ personality is also known for its innocence and naivety, which makes him easy to manipulate by other characters, an example of this is when Lifty and Shifty take advantage of him in Junk in the Trunk, or in In a Jam when The Mole makes him donate blood twice to get his new guitar. As revealed in In a Jam, he is referred to as a music lover, mainly rock music. He was seen to have multiple houses, but his official one is considered to be a hollow tree, as it is the only one to appear more than once (In a Jam and Hear Today, Gone Tomorrow). He is particularly good friends with Toothy, Flippy, Petunia, Flaky, and Lumpy. Cuddles and Giggles are also very close friends, and it has been hinted several times they are romantically involved. Their relationship is most prominent in the Fall Out Boy music video The Carpal Tunnel of Love, and hinted at in the internet episode I Nub You.

IGTO24.png
Cuddles remains as one of Lumpy’s most frequent victims.
Cuddles has been killed by almost every character. He is also the character who has, so far, been killed by Flaky, Toothy, Lifty, Cro-Marmot, Lumpy and Flippy the most (though to be fair, Flippy (when flipped out) and Lumpy generally kill everyone in episodes in which they are featured). Cuddles himself rarely kills, he is in fact the only one of the four primary characters who’s kill count is less then 70. His most frequent victim however is his best friend Toothy.

While he dies a lot in the Internet and TV series, Cuddles has survived in Doggone It, Sea What I Found, A Change of Heart, A Sight for Sore Eyes, Letter Late than Never, and Double Whammy Part I (but not part 2). In the internet shorts he survives Water Way to Go, We’re Scrooged!, I Nub You, By The Seat Of Your Pants, You’re Kraken Me Up, and Going Out With a Bang. He also survives the False Alarm episode, YouTube 101: Subscriptions, Youtube Copyright School, Oh Xmas Tree, and Star Kringle. In the HTF Break shorts he survived Deck the Halls, We Wish You, Take Your Seat and Happy New Year (Debatable). His deaths often involve his body getting sliced up, vehicles, and flying organs (most of the time,involving his intestines).

S3E12 I Nub You Cuddles and Giggles.png
Cuddles and Giggles form the most prominent pairing in the show, canon-wise.
Cuddles is one of the characters to have an account on Myspace. It mentions that he is actually allergic to carrots since they make him choke, though this was later denied in a 2015 tweet by Kenn Navarro,since it was said that Cuddles loves carrots. In addition, it mentions he collects powerful antique electric toothbrushes that and his fur is highly protected from the sun. He may look like a cute, cuddly, and sweet bunny rabbit (hence,the name “Cuddles”) on the outside, but on the inside he’s known as a rebellious Happy Tree Friend. His talents include extreme sports like skateboarding, surfing, and soccer. He even appears as a literal daredevil in Mime to Five. Cuddles loves listening to rock music, and he was once a member of “The Happy Tree Band”. As evidenced in the Happy Tree Friends Break Seize the Day, Cuddles suffers from epilepsy the same way Handy does. He has appeared in one of the episodes of The God and Devil Show on God’s keys, when they were chasing Robert Downey Jr. Cuddles is one of the characters to have more interactions with other characters in the series. He also made a cameo appearance (along with Lifty, Handy, and Lumpy) on Gundarr, another Mondo show, in the form of a background totem.

In kindness and love