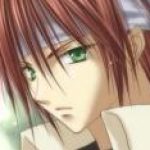 [Dante in his sort of Demon/Human form generally when he first gets into a fight he will start with either this form if he was previously in his human like form or his assassin form before going towards his full Demon form.]

Dante is a Demonic Prince, when in battle however he acts a bit more like how an Assassin would as he has in his past acted as one for other people’s missions along with his own almost like a Mercenary more or less he also has the ability to use Magic. It should also be noted that Dante can also fly however he has to be in his true form to activate this power and even then he can’t stay airborne for a long amount of time so with him its more like the power of gliding in a way.

Dante’s Story: Dante was born into a wealthy family, his parents were both high ranking demons, they were also a very rich family they hired many tutors for Dante when he was growing up ranging from school ones, home school teachers to weapon specialty ones. Dante’s father was also a master of all weapons he taught all of his knowledge to Dante, when Dante went on a mission once late at night he ended up meeting and saving Valefor’s life as payment for that Valefor has followed Dante endlessly since then when Dante had returned home that day he found both of his parents dead since then he travels not so much just for his revenge but also to get stronger incase he does find out who did it. Luckily for him he knew his  royal blood would attract lower ranking demon’s.

Eye Color: Crimson red/Green[Depends on the form he is in, in his human appearance his eyes are Hazel or Green in his Demonic appearance they are crimson red in color. ]

Hair Color: Brown/Silver[Brown in Human, Silver in his demonic form].

Personality: Depends on how you treat him, normally speaking he is sort of cold or friendly it really depends though when Valefor his long time friend is around he seems to mellow out a bit but if they get separated he is a bit more cold.

Believes in both Freedom and Respect.

Powers/Abilities:
Can use every type of weapon and knows how to as well.
Can hide himself or blend in or stealth.
Knows how to move without making a noise.
Can teleport/Flash Step
Has increased durability/strength as he has been training for a long time
Magic[He specializes in Elemental Magic].
Can also shape shift.
Can talk to others via telepathically.

Valefor is a Nephilim otherwise known as a Angel/Fallen Angel/Human Hybrid. When in battle he acts somewhat like Dante but instead of aiming for people’s weak points like an assassin does he is more of what a Rouge would do aka keeping himself at a distance and only closing in when the other drops their guard even if just for a split sec. He can also use magic cause of his angelic half however most of the time he doesn’t he would rather overpower the other person cause of his past. He does at times let his weak Light Angel side show but most of the time he tries his best to hide it behind his Fallen Angel side, Dante is the only one he has really opened up to up until now and he seems to care somewhat about the other.

Story: His family kicked him out as soon as he was old enough to survive on his own they called him a monster cause of what he was even if it wasn’t so much of his fault as much as it was his parent’s. He holds that memory deep within his heart and feels that because of that he became more or less a bad guy as he doesn’t tend to hold himself back from killing anyone it also awakened a Masochist side within him that very day, despite his angelic side. When he met up with Dante neither his nor his opponent held themselves back it was a fight to death some would say but it ended in a draw you could say as when it came down to the wire who should show up but Dante he had intercepted a blow from a sword that would have possibly killed Valefor, some would say that day changed Valefor even just slightly, since that day he has traveled with Dante.

Hair Color: Blond/Blue depending on the form he is in.

Side(Light/Dark): Neutral leans more towards Dark though cause of his past.

Personality: Cold or Dark generally speaking when Dante is near he does mellow out a bit though. He also is a bit of a masochist though he generally doesn’t show that side of him right off the bat.

Believes mainly in Equality of others, but also a bit in Justice despite his Dark past.

Powers/Abilities:
Him and Dante pretty much posses the same powers as they trained together for a long time however Valefor also has the power of Flight, along with the ability to float in mid-air without his wings being revealed he also has the power to freeze time around himself if he wishes to do so though normally he won’t use this power unless its like a life or death situation that he spots someone in. He also heals much faster then Dante being an angelic hybrid.

Healing Magic is Valefor’s specialty as far as magic goes but there is a specific spell he practices a lot more then the rest, I m gonna call it healing exchange for rp purposes, the effect of this spell is that it takes someone else’s wounds and heals them completely but the wounds that were inflicted on them are transfer to spell caster in exchange.
———————————————————————————–
Roleplay Rules:
Script is okay but I prefer para rp myself.
It can be as detailed as you like but at least include a tiny bit of details please even if its sometime along the line of “He/She looked up at the blue sky.”
I am only willing to rp through pms or comments.
I do not like even like talking or chatting through the chat at times. And as it doesn’t even exist on my page I will normally be rather slow with responding to it.
No killing off my characters.
Even if both of my characters do seem a bit god like I will not rp them as that aka I won’t god mode. If you god mode I will also though but if it goes on forever then I may just stop the rp all together.
18+ Rp? Go right ahead. I prefer it for the most part.
Not a rule but for a little bit of information as to how I generally rp I generally rp both of my characters however I m fine with instead just rping one if you ask and tell me which one.
——————————————————————————-
Both of my characters are OC’s so please don’t steal.
Prince Alexander was my old account on here, I can no longer access it so I just remade that character which is Dante though I did change some things besides the name, Valefor however is a brand new character.
——————————————————————————-
Rp Family:
Zeke the Shadow Mage[A very close friend of mine outside of rp he will also be Dante’s older twin brother in rps.]
Prince Shadow[Dante’s younger Demonic Brother in Rps, outside of rp however he is my rl older brother.]

Any other questions? Just ask me.

Dante is a Demonic Prince, Valefor is a Nephilim otherwise known as a Angel/Fallen Angel/Human Hybrid.

Dante prefers females but is bisexual. Valefor prefers men but he is also bisexual.

Both have various weapons on them at pretty much all times, though they don’t use these weapons all the time as they have other things they can rely on aka there own physical strength or magic.

Dante: Only if you know me quite well, will I even think about telling you that.Valefor: Don’t even bother asking me this.

We both belive that there is no good or bad side to anyone and that everyone is neutral when it comes down to it.