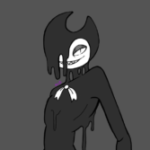 One weird note: the first figure ever created was a failed attempt in the likeness of the character called “Bendy”. Since that time, no other attempts of this particular figure have emerged. And the one that did… I don’t know, there’s just something unworldly about him.

Ink Bendy is a failed attempt at creating the studio's popular mascot Bendy in real life in an attempt to bring cartoon characters to reality by Joey Drew, who turned out defective along with several other physical cartoon characters due to lacking a soul.[1] A demonic entity of the Cycle, Ink Bendy is a large threat to anyone in this otherworld, constantly pursuing them down and attempting to kill them whenever they are caught in his proximity.

Around the unknown date, after the Ink Machine was purchased, Ink Bendy was created from the machine as a failed attempt to bring Bendy to reality. While he had no soul, Ink Bendy was seemingly harmless and made no attempt to hurt anyone other than merely wandering around the studio, though still literally turns out as unearthly, according to Thomas Connor.[1]

Due to his unnatural appearance, Thomas locks Ink Bendy away in the infirmary, far from the public’s view, as demanded by Joey Drew, after seeing the demon roaming around Thomas’ office.[2]

On Summer 1946,[3] Ink Bendy was discovered by Buddy Lewek from the other room after the infirmary. Buddy hears Ink Bendy sadly moaning and crying out. When Buddy unlocks the door and enters the room, Ink Bendy pushes Buddy down before escaping and running away.

Ink Bendy is revealed to be the entity described by Sammy Lawrence during the “ritual”. Ink Bendy chases Buddy and Dot around the studio. Ink Bendy soon appears again on the stage. Instead of killing Jacob, Ink Bendy instead rips a dead Dave’s arm out of its socket. Buddy and Dot confront Bendy, though Ink Bendy grabs Dot and squeezes her hard, but not enough to kill her. Shortly after, Buddy rescues Dot from the Ink Demon’s clutches and Dot cuts off one of his hands. Soon after, he was dropped into an ink-filled trapdoor, seemingly killing him. When Buddy is about to leave, Ink Bendy catches Buddy off-guard and pulls him into the trapdoor where he bobs his head above the ink long enough to kill Buddy by using his sharp teeth to dissect and then drown Buddy, shortly after a vain attempt by Dot to rescue him.

Ink Bendy appears as a tall, malformed figure, with skin made of black ink resembling tar. His head highly resembles that of the original Bendy, but the top area of his head appears melted, obscuring his eyes. His horns are slightly more curved to bear a shape like a deformed crescent moon, being able to articulate similarly to animal ears. His toothy, Cheshire grin, with sketch-like shadings, is shown to vibrate. His spine appears slightly crooked or curved, possibly referencing the spinal condition scoliosis.

His slightly-hunched back, which induces endless wisps of blackish smoke, also sport spiky spines for demonic features. Ink streams down from him whenever Ink Bendy is running, idling, or walking, making it hard to see him. His left arm is slightly longer than his right, which looks thinner and less human. On his left hand, he wears an oversized white glove with four fingers, though it does not sport two buttons like the original Bendy, while his right hand is smaller and more human-like, with five fingers. His feet are also mismatched: His right foot faintly resembles that of a human, while the left is just a lump-covered, disease-like stump, which gives him a limp. He also wears a drooping bowtie close to the middle of his chest, appearing almost identical to Bendy’s except being larger, and is slightly shifted to his left to give him a misshapen appearance. 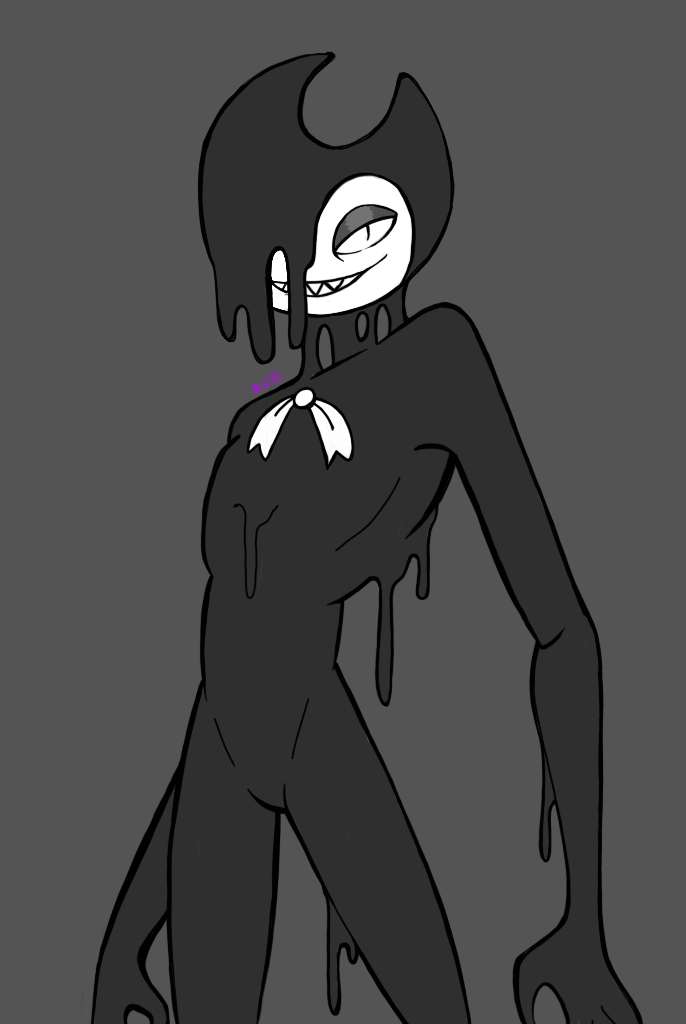 He has abilities of a cartoon character and unholy abilities

In that dreams come true..