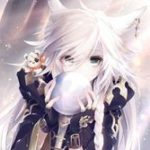 I’m new to roleplaying so I’m probably not going to be the best, but I’m willing to try! Fighting scenes are not my strong suit, but, I’m trying to work on that, so please feel free to call me out on that and I’ll do my best to tone it down.

Atrix, a Falocross. Basically human-like creatures in tune with their surrounding (usually nature).

I was born in the forest of Euripha, a forest that’s hidden from the outside world and has an unusually high concentration of magic. For a time I was raised by my good for nothing parents, before finally being kicked out at age 10. After that, I traveled around for a bit, staying with anyone who could tolerate my presence whenever I could but leaving before any real bounds were made. Eventually, two years had flown by, and Euripha went under attack by a single being. An Amorphous, powerful beings able to turn into anything and one and gain its or their abilities, they can even combine multiple races and things at once. In just a few days it took out 25% of Euripha.

That’s where my memories come to a stop, I don’t even know what became of Euripha. One day I just woke in a cave filled with flowers made of black ice. Sometimes I think that my memories in Euripha were just a dream, it drives me crazy not knowing, so I’m currently looking for it.  I met Dracius, a vampire prince,  and Faolon,

Physically stronger than most human, top speed is around 40mph, and has enhanced sight, hearing, taste, and smell.

Powers: Can speak and understand any creature expect undead, can control nature to a degree (for example extending a branch, making flowers bloom, creating a wall of vines), I’m able to pick one type of plant, a single creature, or myself  to make stronger or resistant to certain magic for a time (10 minutes to be exact), and has powerful healing magic.

Power Drawbacks: Can’t turn ‘off’ the speaking and understanding any creatures except undead. While controlling nature takes little to no effort, overdoing it leads to strain on the body, tiredness, and loss of control. Continuing to control nature past this point will result in blood loss, through the ears, eyes, or/and mouth, paranoia, and hallucinations before passing out. During those 10 minutes, I can’t switch between magic resistance and strength up, also I’m not able to switch what magic I or whatever plant or creature I made resistant to until I recast. Finally, the powerful healing takes up a ton of energy so not great for healing minor wounds, and because of that, I can only use it 3 times within a day before passing out.

Personality: Cautious, calm, can be a bit apathetic at times, blunt, gets carried away, and I don’t know the world I’m in too well yet.

5’4″, waist long white hair with a light blue tint, wolf ears and tail, and grayish eyes. Wears a ragged cloak that reaches to the knee, somewhat covering a light brown shirt, dark blue pants, and boots that can take a beating.

I have a canteen that’s halfway full, a mysterious 13inch dagger black in color with a silver lining that glows during a full moon, a necklace I found beside me in the cave, and a portal coin given to me by Stag…

That my memory wasn't just a dream and Euripha is out there somewhere.