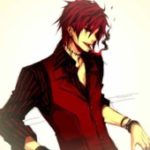 A creature with very little known information on it, it somehow leveled the entirety of one of the SCP foundations, unleashing thousands of creatures onto one of the many instances of Earth before vanishing. He is know by his number or by his Alias of K, his old name long since shed. K ascended originally from an alternate realm similar to the nine hells, but far more chaotic. He was once chaotic evil, though he is now chaotic good. He avoids letting anger take over, lest he returns to his malicious ways.

The Vanguards: We are a research organization, not an army. A vast group of like-minded adventurers united under the Iradyum Code. Our influence spreads throughout the multiverse and we seek to make friends and allies wherever possible. The intelligence and research from out explorations of technology, magic, and culture has made us one of the most advanced and powerful groups in the multiverse. We fight only when necessary, we are brains before brawn and peace before violence. We act in chaos whenever our code is threatened by the corrupt.

A necromancer, enchanter, and illusionist. Champion of Hell

He is genderfluid, though he is usually taking a male form. He is pansexual and seems to be equally awkward around all genders

“This thing, we can’t keep it here, it’s like nothing the foundation has ever seen before!” shouted the scientist, a worry that was easily waved away by the dismissive hand of the general as he took a long drag of his cigar, eyes focused on the rolling snowy mountain scape that lay visible outside the window of his office. The facility lay in some remote location upon the US border to Canada. “What exactly are you so worried about Rodney?” Queries the general in his low and authoritative grumble. “We can easily contain some of the most terrifying things that have ever plagued this earth here, what have you studied that makes this thing so different?” The scientist looked to the floor, body trembling before he looked up “well for one general, the armed squad you sent to nullify him in his cell, they have all either died or are left in a catatonic mental state. The other issue is that you don’t have a scientist working for you named Rodney.” The man continued as his form began to shift. The room around the general changed from a tranquil office, into a hellish mass of black writhing creatures. The general began to scream, a panic soon engulfing him as he realized the very obvious fact that he wasn’t leaving that room. The black mass on the wall turned out to be many small individuals. Insects swarmed around him and begin to tear at his flesh as Rodney’s form shifted into that of a tall demonic creature.  The general tearing at his clothes, ripping and clawing at nothing, as everything he saw was a mere illusion.

K was a demon unlike any yet seen among the ranks of hell, being born to the king Asmodeus. He was given a gift at birth, one that set him apart from the hellish monsters around him. He had a mental ability that left every being around him completely open, he could change perception, alter minds, read memories and thoughts, and after centuries of practice, even began to learn to bend the will of the world around him. He soon challenged his father in combat, as was the way of demon-kind. You must strive for infinite power without remorse, so he did not hesitate to slaughter his father in combat and hand his dismembered limbs around his throne. He used the fingers of Asmodeus to form rings that he wore, an action condemned by his people. He reigned as the ruthless king of hell for millennia, but he soon began to feel empathy for the human race, and the demons began to fear him. With fear comes hatred, so they made an attempt to overthrow him. Millions of demons storming the gates of his castle, single handedly he killed them all. He then resigned his position and entered the human realm, leaving the demon realm in a state of chaos. On earth he became curious, altering everyone’s perception to see him as a human like them. After much time on Hellafyno he is slowly becoming more of a moral being.

K has no definite form, he is capable of being perceived as whatever he wants the looker to see, though his normal form tends to be that of a towering goat/deer humanoid, like a wendigo, standing at around 8 feet tall with a satyr-like body, covered in something halfway between fur and armor. It hangs like a cloak at the bottom and his head is a pure and solid goat skull with horns. He is capable of many other forms and the usual one he takes while in the presence of humans is that of a man around 6’3 with a classical look about him. The man seems to be rather pale though he has a well shaped body and is usually seen in some form of traveling clothes. He has solid red eyes and short spikey locks of bright red hair. His true demon form is also ambiguous, as he is a genderless being, choosing a male form as he found it more appealing to his mind state.

He does not have many belongings that he carries around beside his blade, it appears as a ritualistic curved short sword that is usually present at the hip of any of his forms. It doesn’t seem to have any specific magical properties yet it seems to enhance his mental abilities when he wields it. The abilities and that he has are shrouded in mystery like many other things about him though he seems to display an incredibly keen sense for mental manipulation, automatically implanting himself in the heads of anyone in his vicinity unless they have the mental prowess and strength to fight him off. He has a vast ability in both illusion and enchantment, being capable of erasing or even changing small sections of memories and turning entire armies against one another. In physical combat he remains competent, as his blade work is complex and his illusions allow him to slip around the mind and body of an enemy. He seems to have a very defensive fighting style, reversing most attacks and using his nimble form to maneuver around enemies, always preferring to deliver a quick killing blow. While most well trained mages and other magic users may be capable of many types of magics, he acts as a psionic of sorts, the mental manipulation as well as its reverse ability to soothe and heal is his biggest affinity. His powers of perception are nearly boundless, he can control anything that fails to resist him, while most of his tricks are mere illusions, he can manipulate the world around him bending the will of a spell and sending it at the caster. The bone rings he wears from his father Asmodeus allow him to tap into a bit of his fathers gift as well, necromancy. He can perform some necrotic attacks as well as raising any form of undead if he concentrates. His mental abilities and fortitude can be used in aggressive ways to deliver large amounts of psychic damage and even make someone’s body believe it is dead. His mind blast ability can make people perceive that he is attacking with the arcane, he can make someone believer they have been poisoned, burned, or frozen, so much so that their bodies act accordingly, however all true damage is psychological and if he kills someone using this, their brain usually shuts down before anything else.