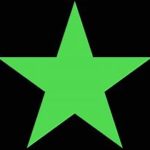 He woke up in an ancient cave, not knowing who he was or how he got there. There were strange marks around him and inscriptions on the walls. In the middle of the room there was a Scythe. An obsidian rod completely smooth, with a diamond bottom and on the top
held a mysterious gem which seemed to be emitting a glowing ball of light a few centimeters above it. The ball seemed to be projecting the scythe’s blade which was long,and sharp. Dustin stumbles out into a new world, Not knowing what to do next

Short brown hair that is brushed to the right, he has green eyes. He can be see wearing different clothes. in spring and summer he wears a black t-shirt with a green star in the middle. In fall he wheres a light jacket with a slightly green star in the middle too. In winter he wears a hoodie with the green star the back. he wears gray shorts for every season except winter, where he wears denim pants. his always wears black shoes with even darker stars on the sides. as you can tell, his favorite shape is a star

Star Slicer (The Scythe from the origin story)

The Scythe drains his energy every time he uses it. he just doesn’t want to be seen as a weakling. He has trust issues due to the little information he has about everything, also fueled by his slight paranoia)