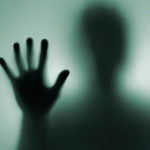 Far back before I can remember, I was born to a Felis, Nyro, and a human sorceress, Deven Slayter, as the third heir to my father’s seat as leader of the Felis. He and my mother ruled over his people, a race that were cheetahs that roamed Kisiwa, the Island, before gaining the ability to shift into a human form. They lived to serve and guard the Leonids, the Lion People, as the perfect guards. The Felis were fast and resourceful, their claws always at the ready as they were unable to retract. While the Leonids were superior warriors by nature, the Felis adapted quickly with their new found forms, adopting a Warrior’s mindset, living for battle, training to become what they could never be in their bestial form. As far as where their loyalties laid, the Leonids held it firmly. Revolution was constantly discussed among the high courts. Breaking away and becoming their own sufficient Kingdom. But, the Leonids weren’t their sole obstacle. The Demon Lord that resided on the opposite side of the island threatened to overtake all of the clans that called Kisiwa home. An alliance had to be formed and maintained if the Demon Lord were ever to be defeated. Unfortunately, war hit close to home, right in the heart of Felis lands and, my parents were slain, but not before my mother tossed my brother, my sister, and myself into a portal with no specific destination. Or so I thought. I was the only one to reach Hellifyno. But my mother’s intended target was Elexin Harbindale. Though, she hadn’t had enough time to focus and had to throw us through early. We were scattered. My brother landed in the heat of battle between the Felis Warriors and those who’d sided with the Demon Lord, a place that he longed to be. My brother, Dresden, a prodigious warrior and strategic mind. My sister landed in the Demon Lord’s stronghold, used as a personal Sorceress and Assassin. I landed on Hellifyno as a toddler. I often retreated to my bestial form, living on lizards, rodents and insects until I was strong enough to live mostly in my human form. I lived and survived, stealing clothes when I could, all the way up until the time I was sixteen. That’s when I finally met the man that my Mother saw fit to dump my siblings and myself on, had her plan worked. It’s funny how fate works. He was being pursued by a shadow, armed only with a flashlight for protection. I saved him. Soon after, he took me on as an apprentice and later adopted me. Father down the line, we found that my mother was distantly related to him. But his blood tainted future generations, never diluting the corruption down the line of descendants. And so, after poor choices and manipulating schemes, here i stand, marked by Cthulhu and playing host to a Spirit more vile than you could ever imagine.

Cursed, marked by Cthulhu due to the dark taint of my blood, I bear a dark brand on my shoulders. Extending from my lower back is a tail, eight feet long and riddled with barbs and suction cups. At the end rests a rather large spike that is used for two purposes. Either to kill or infect whomever is struck with Voidite. I bear feline features that one could identify as that of a Felis born male. My eyes used to be obsidian, like my mother’s own, but since being marked, they are now similar to the black of space, like staring into the Void itself. My skin, a mocha shade, much like my ancestors to guard us from the dangers of prolonged UV exposure.

That I am irredeemable.