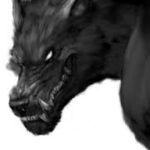 active 3 months, 2 weeks ago
@mother-of-dragons *A large, black, male werewolf treads through the winter woods on his draft horse, looks around for a moment; he then releases a loud and long roar, he rears his horse up and turns downwind* View

Every Beauty needs a Beast, but Beauty killed the Beast

King to the high clan of the north

Name: Diaval
Title:King to the High Clan of the North
Gender: Male
Relationship status:Single
Backstory:
Diaval, born into a royal family, his father; an abusive, power hungry king. His mother; neglectful and un-nurturing. Raised by others in the palace, challenging his father to take the throne, defeated numerous times by his father before finally taking the throne by force as time moved on, his father began to grow weak; Diaval began to grow stronger and used that to his advantage. However his father built a new empire, the high clan of West. Diaval’s kingdom is vast, stretching from edge of the sea to a new land called the Moors. The Moors kingdom is ruled by a faerie called Maleficent. Diaval has battled along beside her to protect what belongs to them.