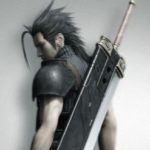 active 16 hours, 47 minutes ago
I apologize for my actions. I will be taking temporary leave till further notice. Thank you and have a present day/night View

i'm who I am. I lived, died and now I live again. forever walking the path of destruction

500 years ago, Lucien was the only son of a lead scientist in the employment of the Voilette family. they had hired him to conduct experiments on induced immortality and forced evolution involving the heart of a fallen elder and blood from all the past and current elders being combined in to one being whose power is fed by death and anger. the black and red energy emitted by it is the solidification of the energy the being has built up. the more it spreads the stronger the being is. the first five experiments where a failure so the Voilette’s gave him an ultimatum. make it work or die. he decided to take the risk and used his son for the final experiment. after the experiments where completed he began monitoring Lucien’s vital signs. however, even though the experiments where a success Lucien’s heart had stopped. while his father mourned at his sons side, the heart monitor began beeping again and his son opened his eyes only now they where blood red. Lucien called for his father and, while the two embraced, the head of the Voilette’s at the time watched as their experiment had succeeded. after this they took Lucien in to their family, branding his left hand with their crest and training him to be their weapon to grow their power. 37 years later Jasmine Voilette, having been close to Lucien, discovered the truth about the experiments and decided to take Lucien and her son while she began to burn the city. a couple decades later he develops his powers, starting to change at night and as time passes he left, meeting Skyla along the way, and was given the chance to attempt start the settlement “Adriana Eryn” on Venus DH1 but sadly the settlement collapsed after 94 years and Lucien returns to the shadows of skymoon after Skyla took rule, only returning to Cadzeniera to mourn the loss of Jasmine. Jasmin had passed around the same time as Amelia was born. many years later, only 200 years ago, Lucien attempts to recreate his colony on his home world. Several years pass in a blur and Lucien eventually meets his future wife, Amelia Skymoon. after they spend some time together and become closer, they decide to get married. but his past came back after his daughter was born. one night his wife passes and he begins to loose control of his powers. he runs out into the rainy night, his scar on his face glowing and scales leaching out from it. he continues to run from his power, making a black mask with a red scar painted on it. he became a mercenary and assassin. he eventually is approached by death itself during a storm. he was hunched under a bridge and death opens a portal asking Lucien to go through. Lucien does so and comes to the front porch of a house. the door opens and he sees a little girl that resembles his late wife. suddenly his daughter comes to the door. he smiles and removes the mask, tears in his eyes. he asks if it’s her and he begins crying, holding his daughter for the first time in years. he is taken inside and sees his wife, alive and well. he tosses her their old rings and begins to try and do what he failed to do the first time. be part of a family. In his absence the Voilettes had grown in power and sought to exterminate the Skymoons. Lucien eventually joins the war after a relative is killed. he and his daughter begin preparation to defeat the Voilette’s and rescue his still captured father. eventually amassing an extreme amount of power, him and his daughter training intensely, was approached by his daughters agents. he is informed that the voilettes had his father captured on a ship. him and his daughter embark on a rescue mission and successfully retrieve his father. he eventually reveals his secret to his family. the blackened heart beating in his chest. he and his wife went to look for the blood of Jazmin, her being the only elder he didn’t have blood from. once it was found he ingested it and his power increased several thousand fold. so much that if he wished it, using his king form, he could extract and consume the souls of his enemies.

black fur when turned. brown eyes and hair. He have a black trench coat. with army boots, and jeans, and a black shirt. When turned his eyes go blood red. This is the first change, followed by the teeth then the full transformation. If he uses his king form the eyes turn red then red and black dragon wings sprout from his back, his skin turning to scales and a glowing orange gem forming on his chest. his features become more like that of a dragon-human hybrid.

A silver necklace with the head of a roaring wolf, eyes aglow, dangles from the silver chain.

A case that opens to several pocket dimensions

my secrets. You’ll have to do something to get them out of me. if you want them try to take them.

trust is easy to break, but takes a lifetime to earn