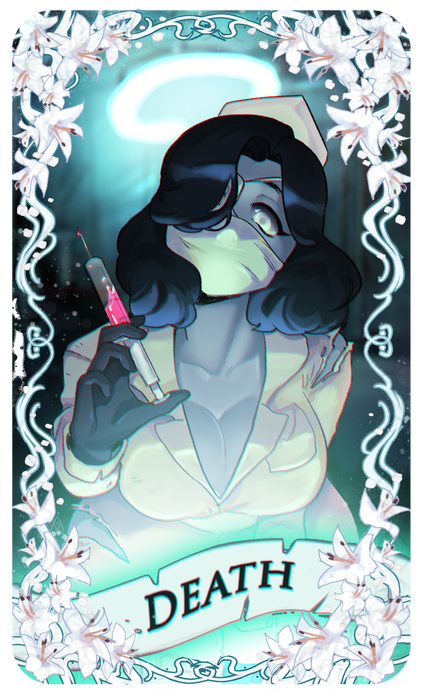 I've always, umm, fancied women. As well as some men.

I'm not seeing anyone on a regular basis at the moment.

It is all rather embarrassing, really! Some time ago, a very strange patient was brought into the hospital where I worked, and they were not in a great state. The body was emaciated, and they seemed hysterical, almost feral. It took several orderlies to restrain them!

While I was trying to tend to the patient, they broke free of their restraints, and attacked me! It was all very fast, but… I didn’t ‘survive’. I woke up cold, so terribly cold, and in the dark…

But only because I had been placed in the morgue. An honest mistake, really, anyone could’ve made it! No one expects someone to rise from the dead back in those days, and I can’t blame them for not wanting anything to do with me. Imagine the scandal!

Still, I try to do my best to help others. Sometimes, people misconstrue my intentions, believing that I might have some sort of hunger for flesh and blood or even brains! But honestly, I am a doctor! I took an oath to do no harm.

These days, I run a private clinic, the Midnight Clinic, for people that are more like me! People that are undead, or other supernatural beings. I am a surgeon by trade, but in the years of practice, I’ve trained myself in psychology as well to help people cope with the harshness of reality.

If you’re ever in need of help, just reach out!

While still very human in shape, Omen stands out as an undead.

Her embalmed flesh has a grey and purple color after she removed all of her blood, she is missing her right eye, her cheeks were bitten/torn away, and her body is marked with bite marks and scratches.

There are other worse injuries that covers up bandages, stitches, and her clothes, but there is only so much to be done. She doesn’t often go out without a mask or an eyepatch to cover her facial injuries. 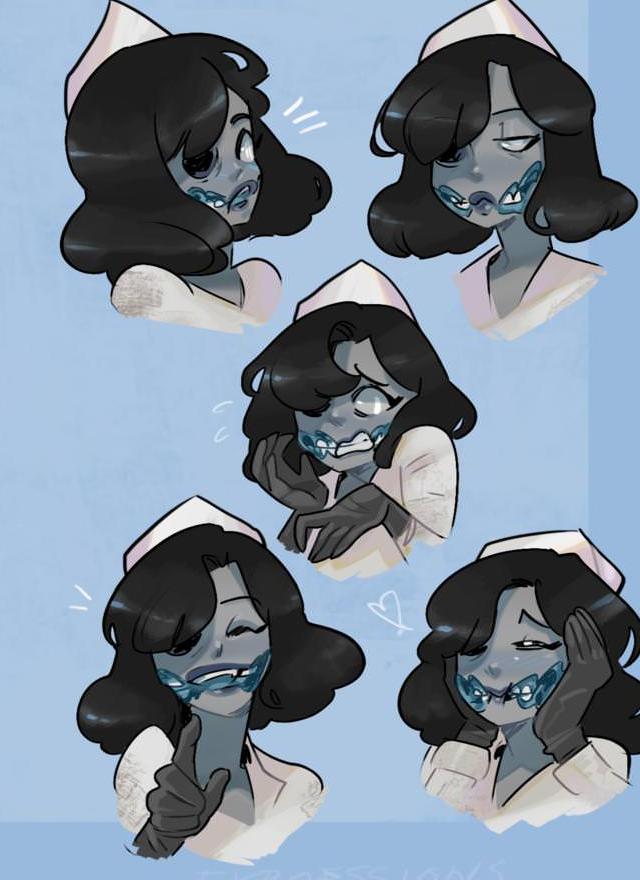 Essential Medical Supplies & Equipment – Anything needed for the job, Dr. Omen has access to!

I am NOT a monster!